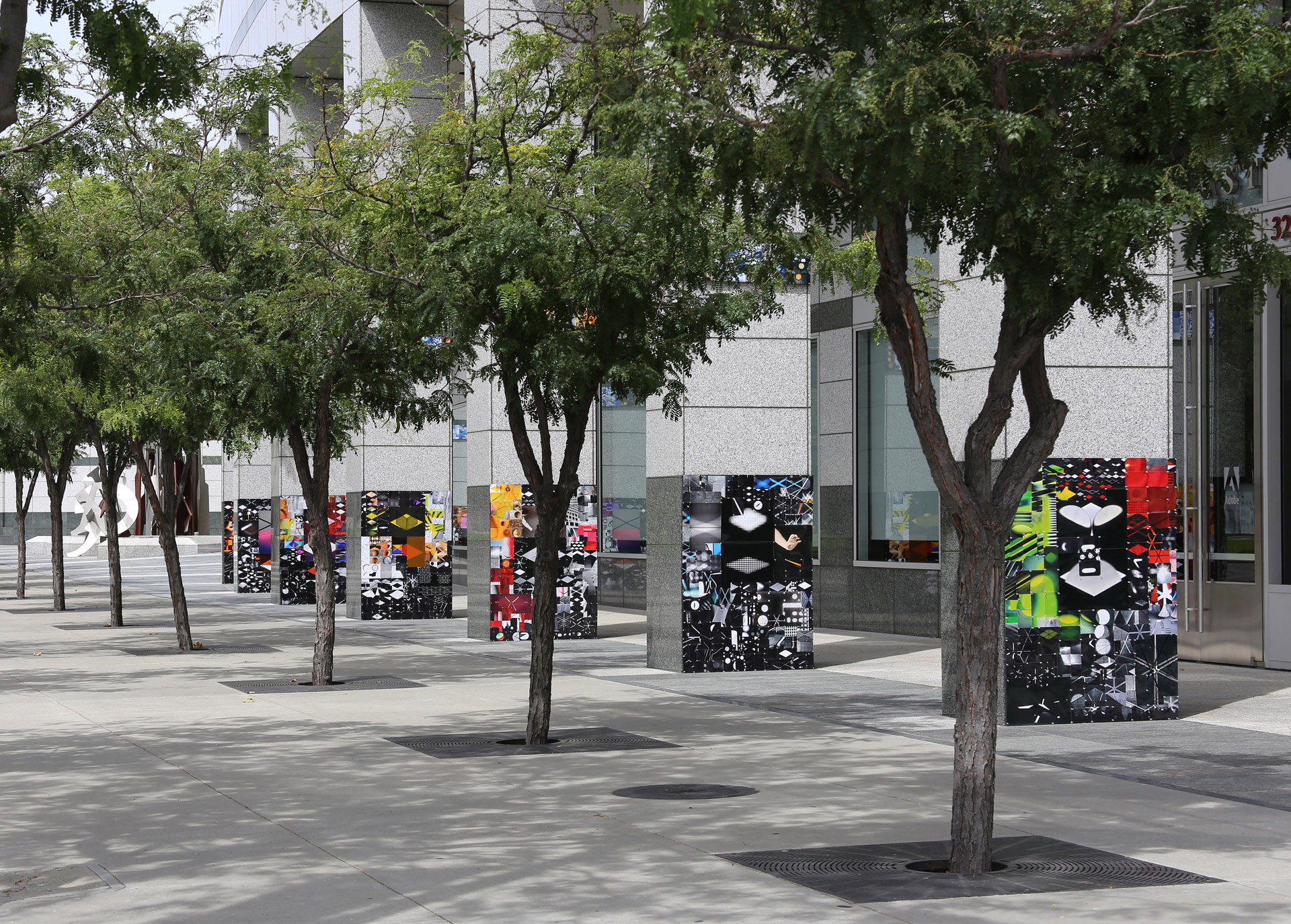 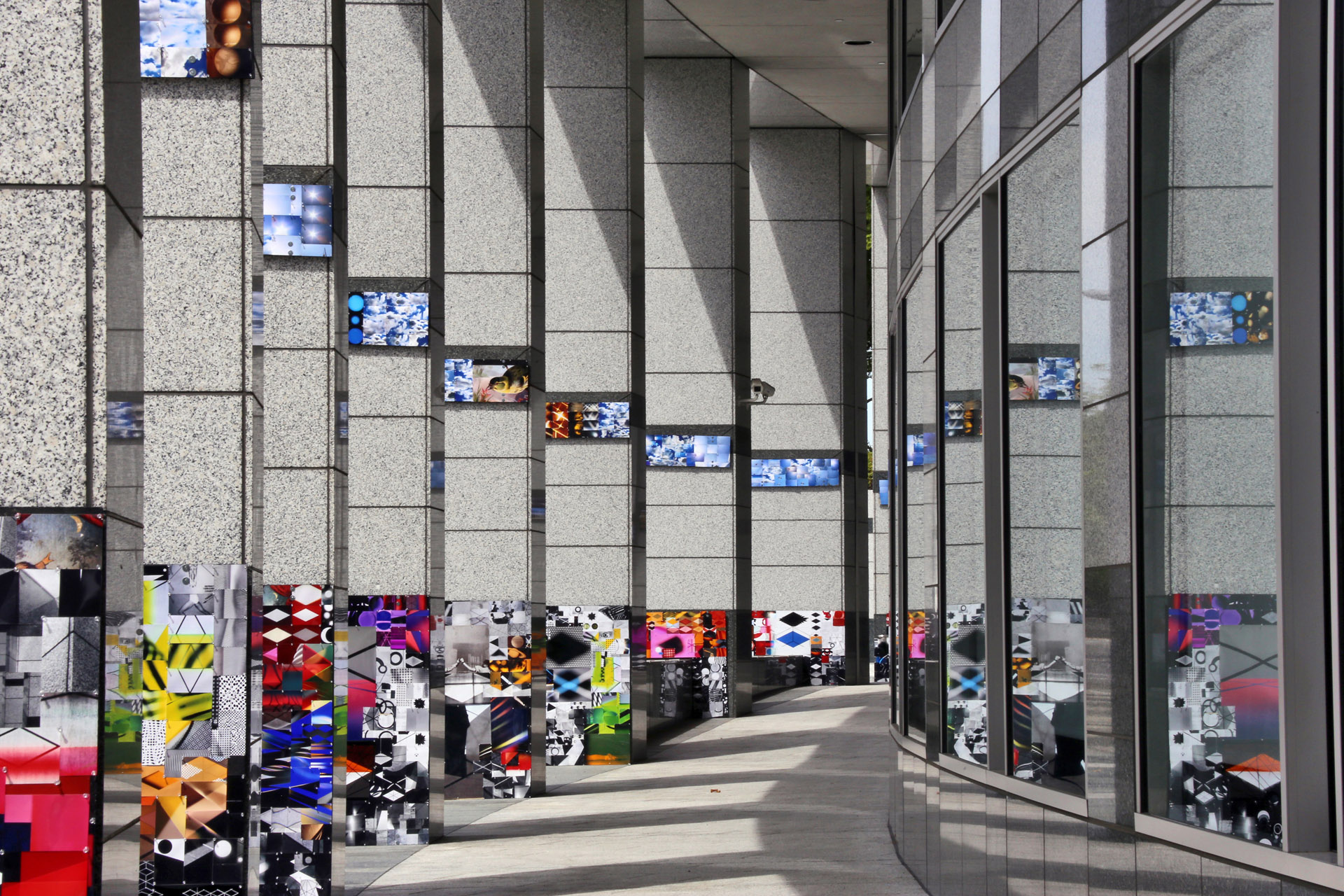 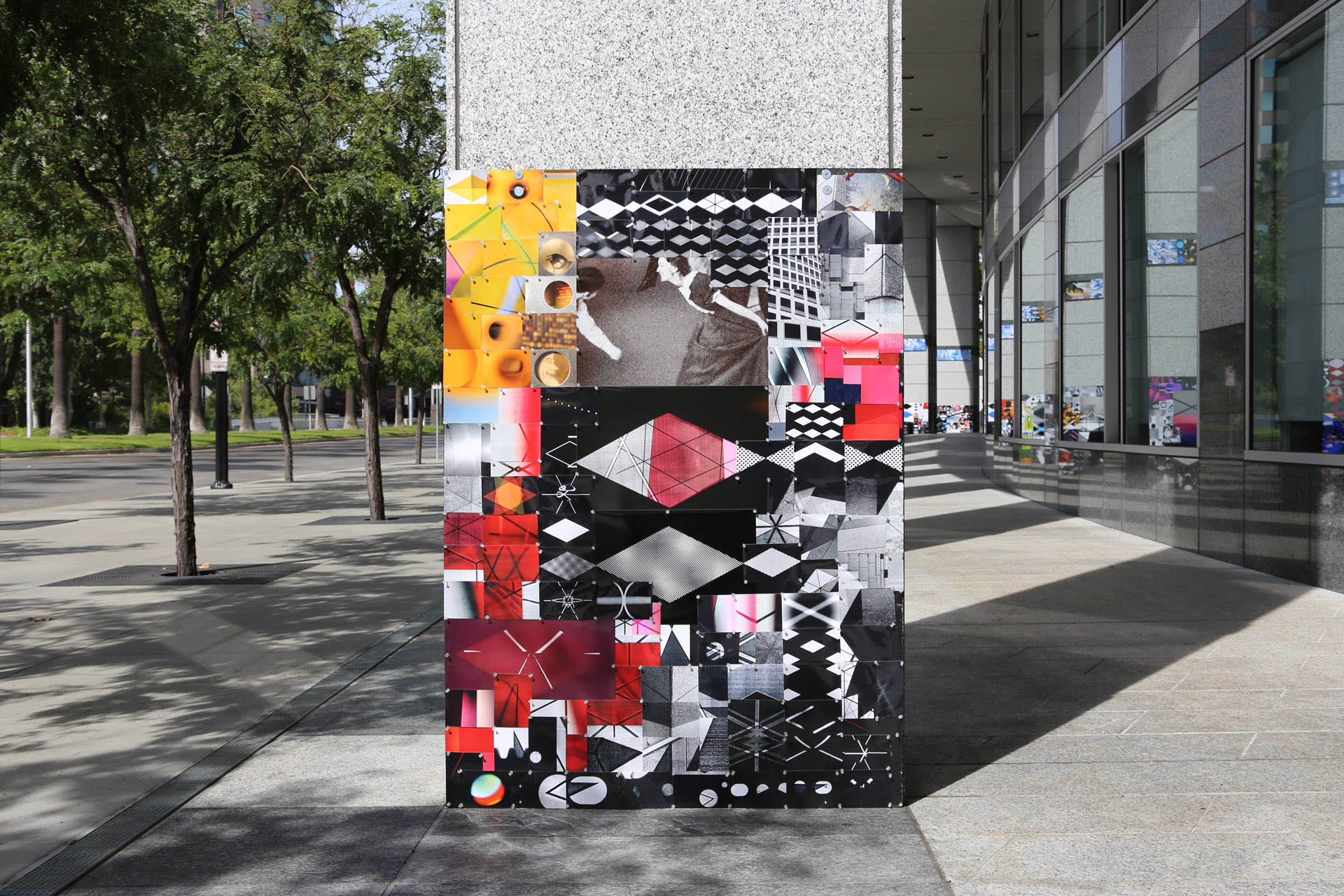 ADOBE SYSTEMS invited me to participate in “Random Acts of Creativity,”  a campaign for selected artists to create site-specific temporary installations around the world. My final project, using over 2500 photographs pinned to thirty individual boards, was assembled and installed over six days outside Adobe’s corporate headquarters in San Jose.

I shot all of the photographs over a four-month period in my studio using a mountain of stockpiled materials. For the installation itself, no preliminary drawings were created, rather a carefully orchestrated process was put into action. Everything was chosen and built on the spot. I hoped to put Adobe’s sober architecture through a fantastic kaleidoscope, and judging by the enthusiastic reaction, I succeeded.

A visitor cannot see all fifteen columns in a single glance since they bend around the facade, and so the journey reveals its delights slowly, inviting pedestrians to look up from their phones and inspect the details. Although the installation was only up for six days in June, I used my complete photographic record to begin a new project of photo constructions, which has continued and flourished ever since. 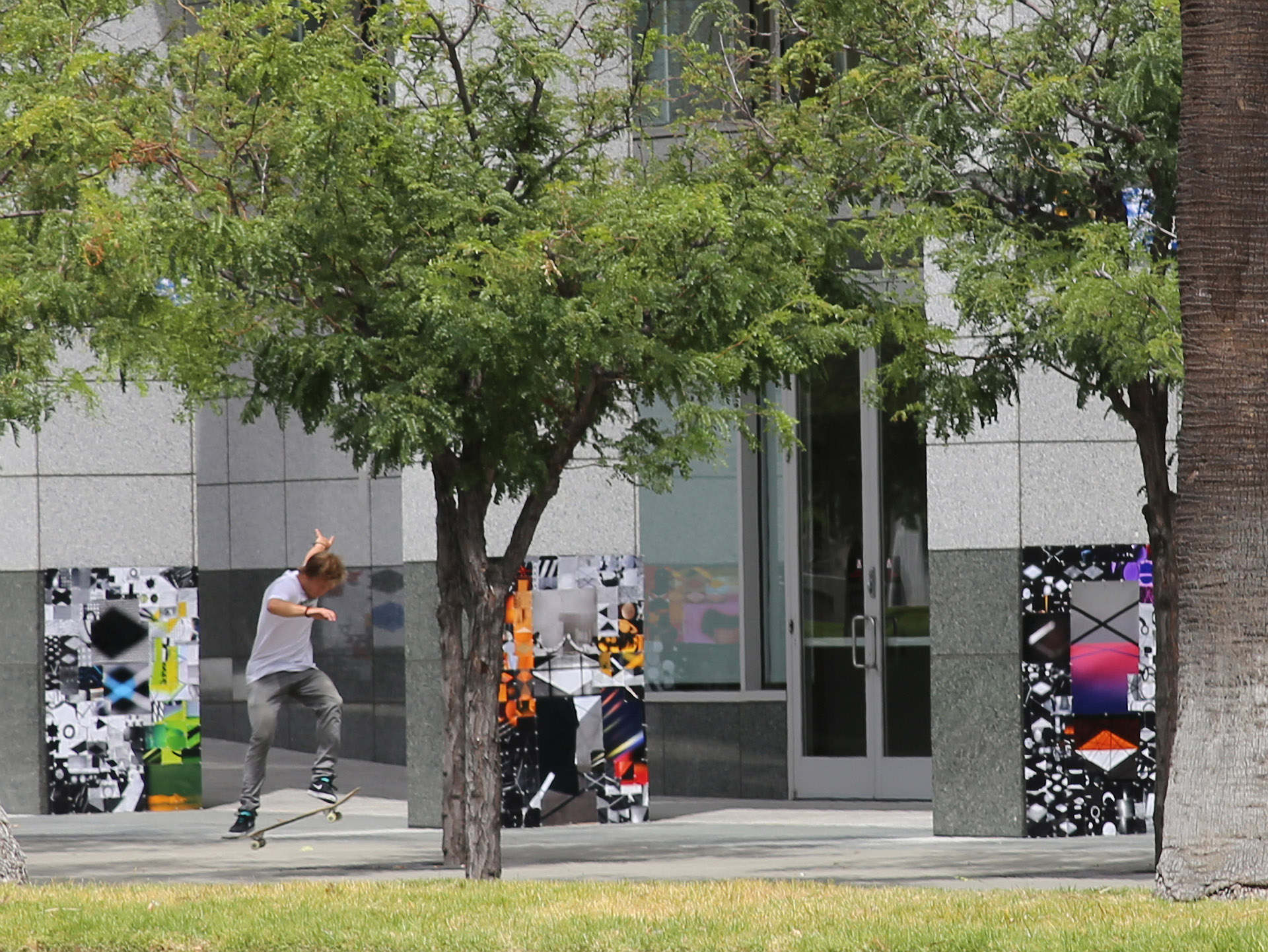 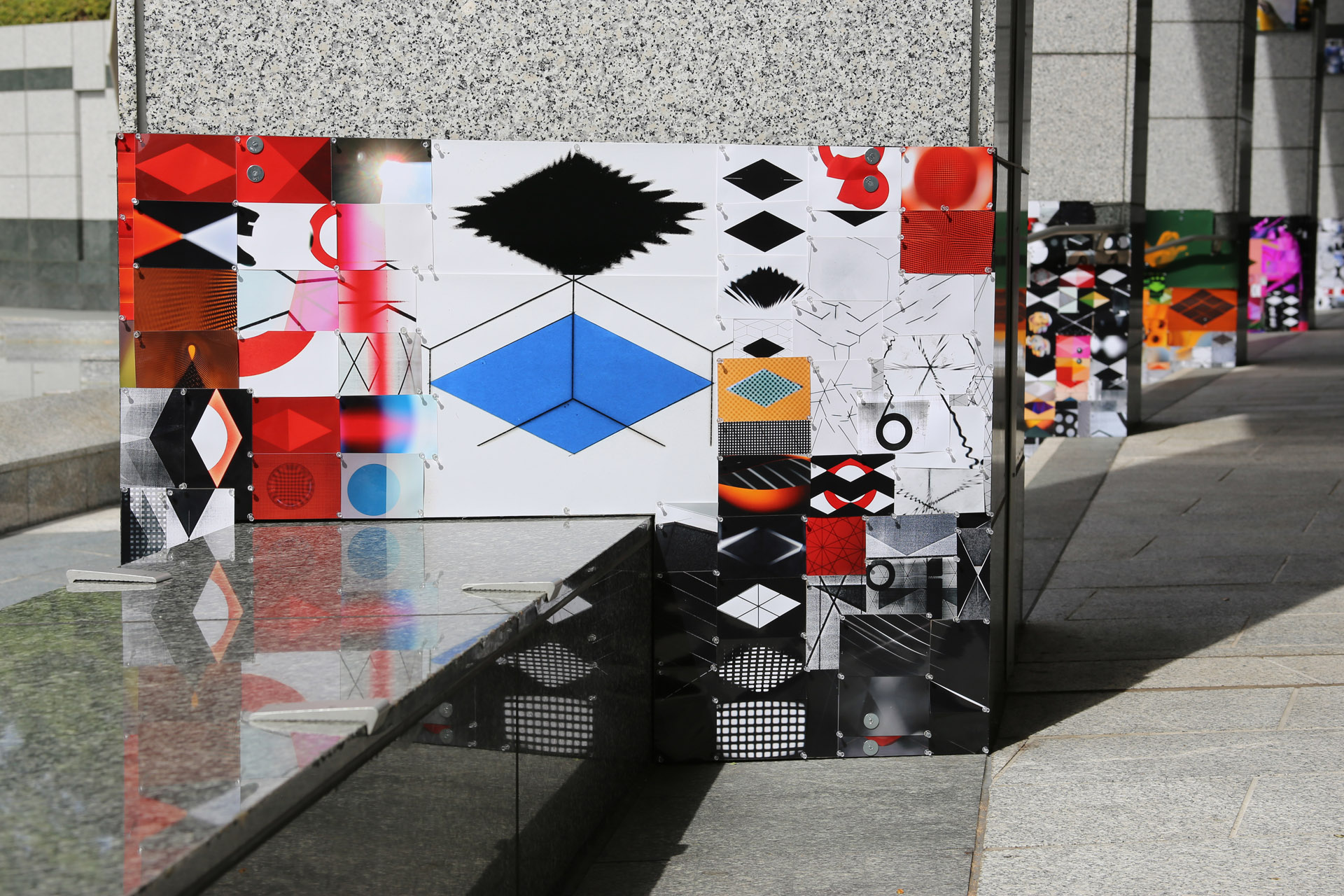 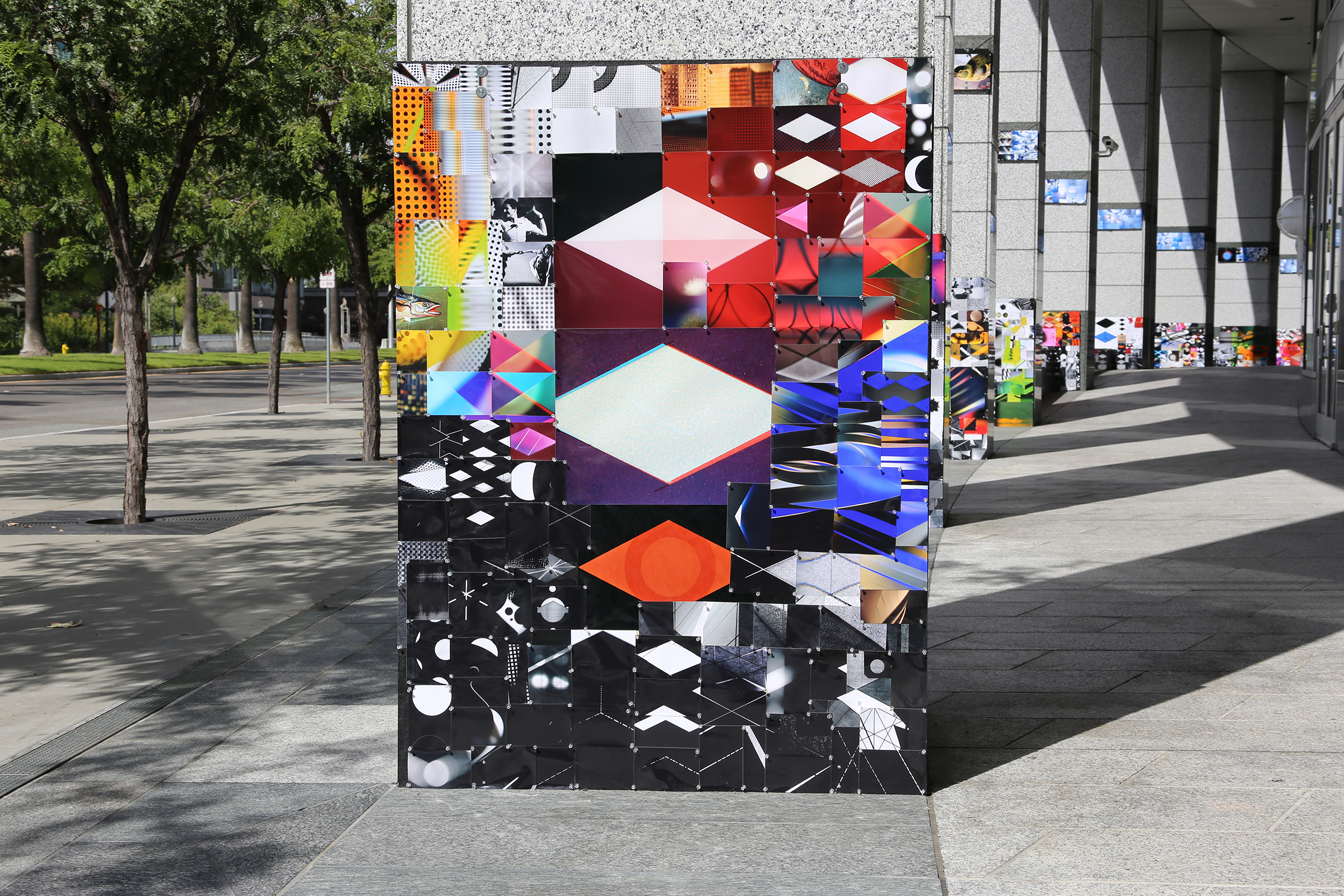 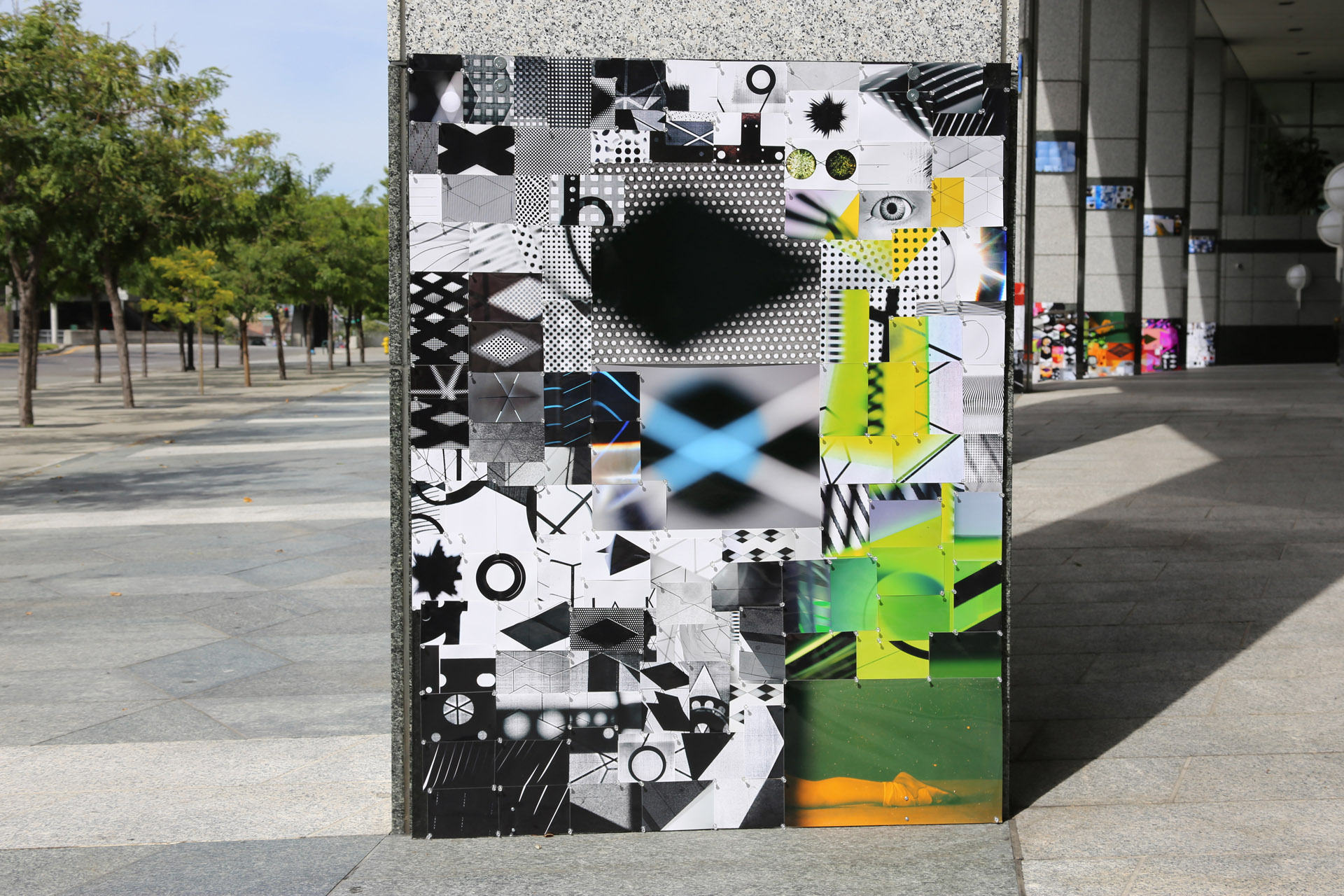 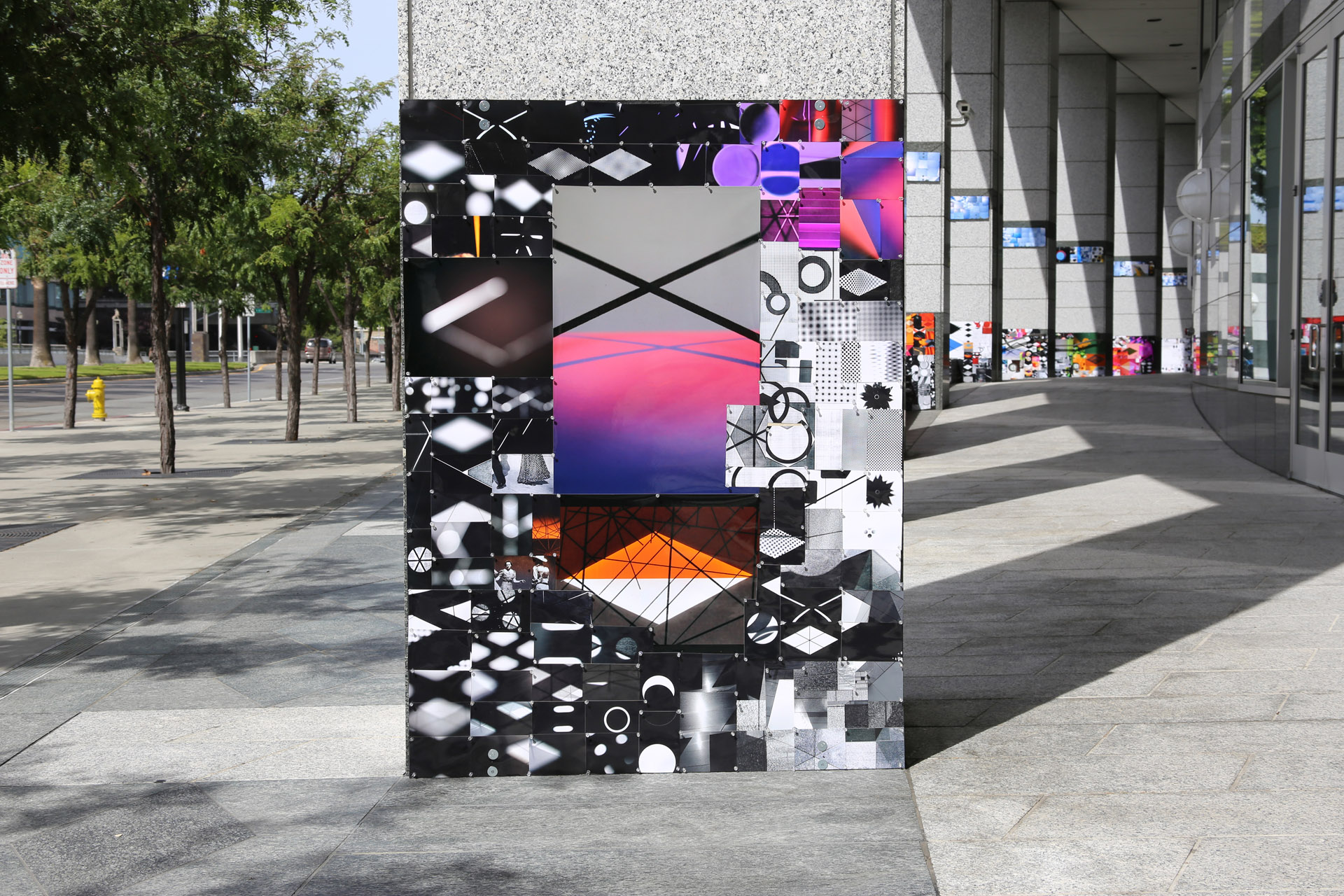 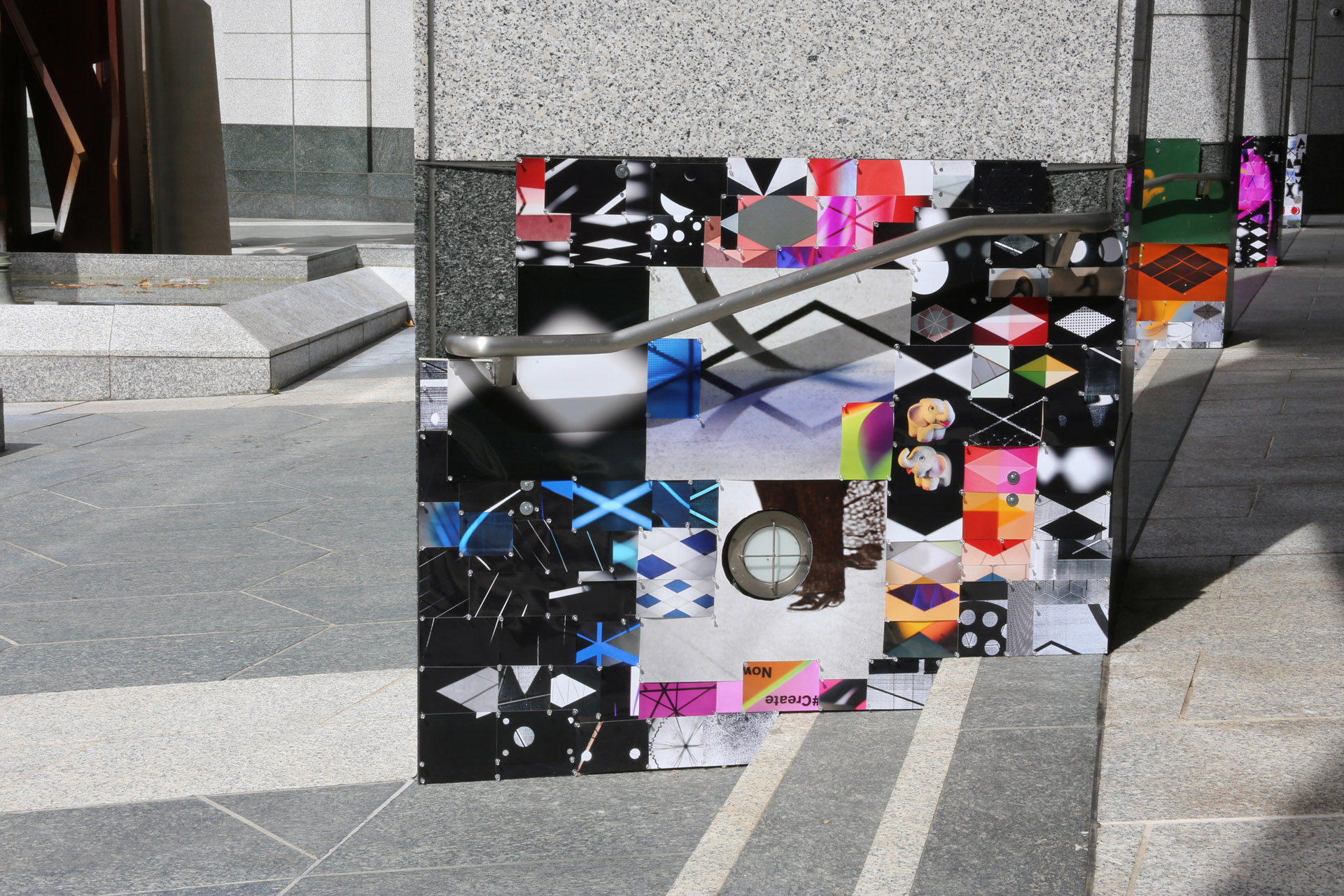 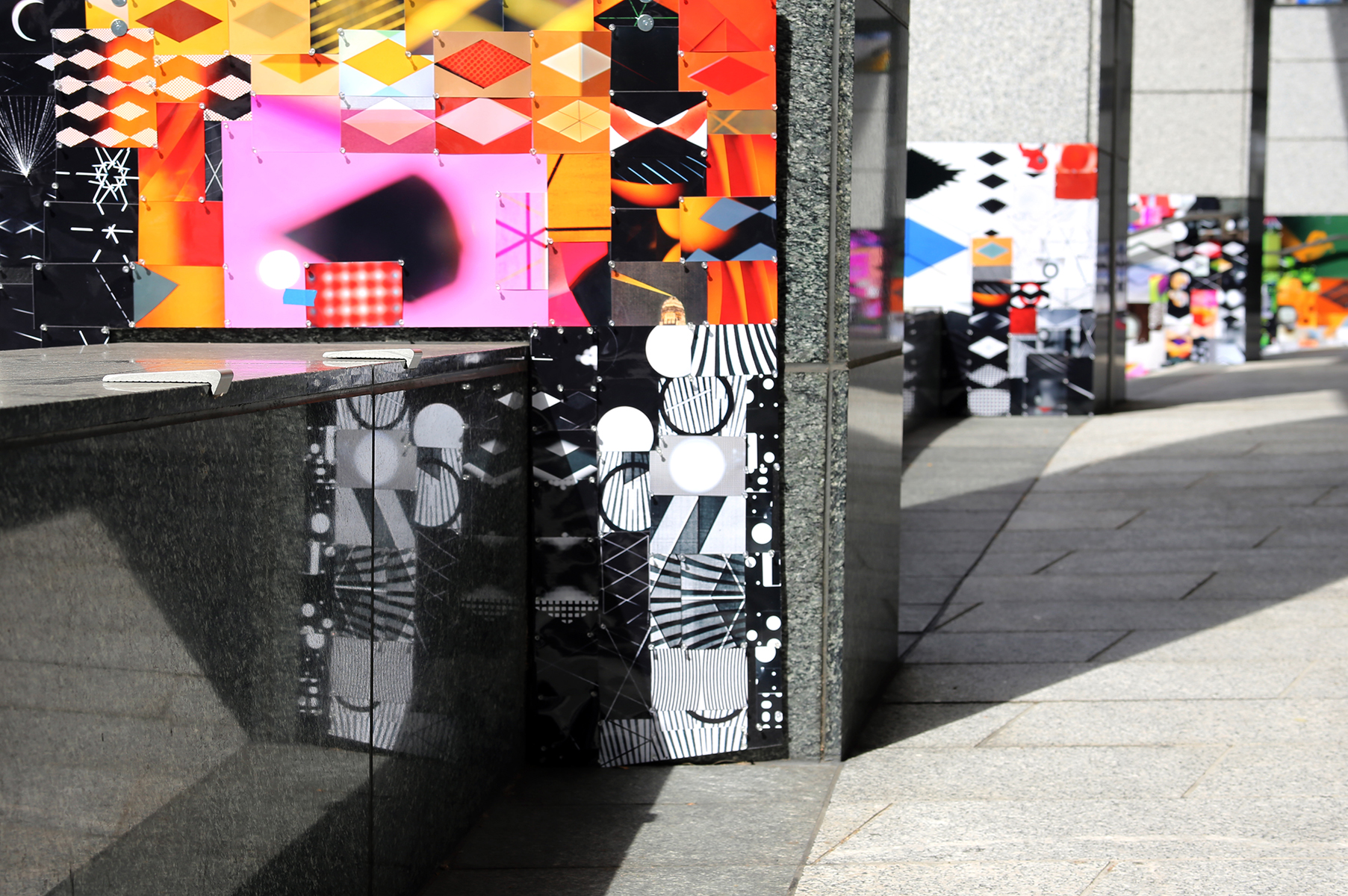 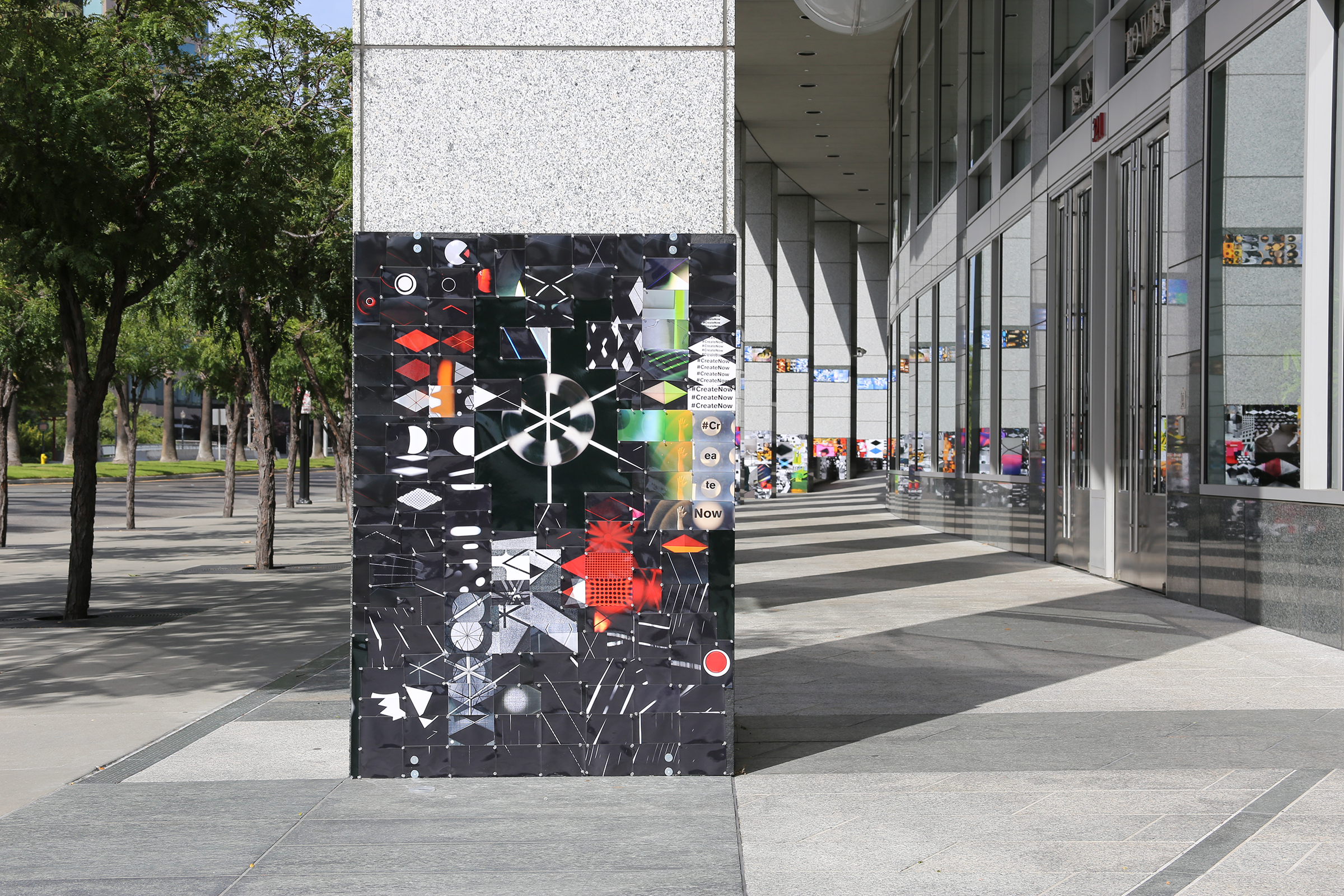 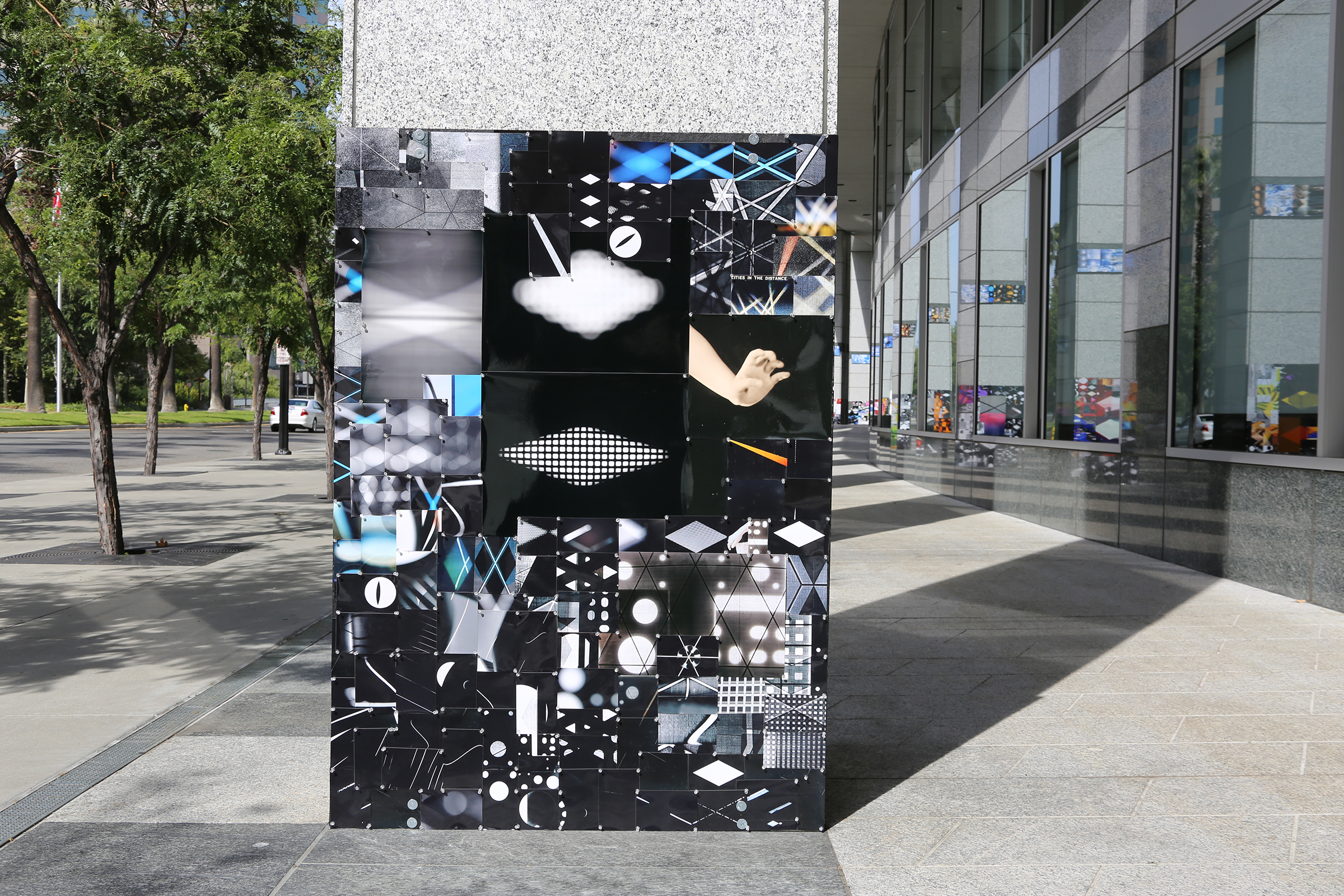 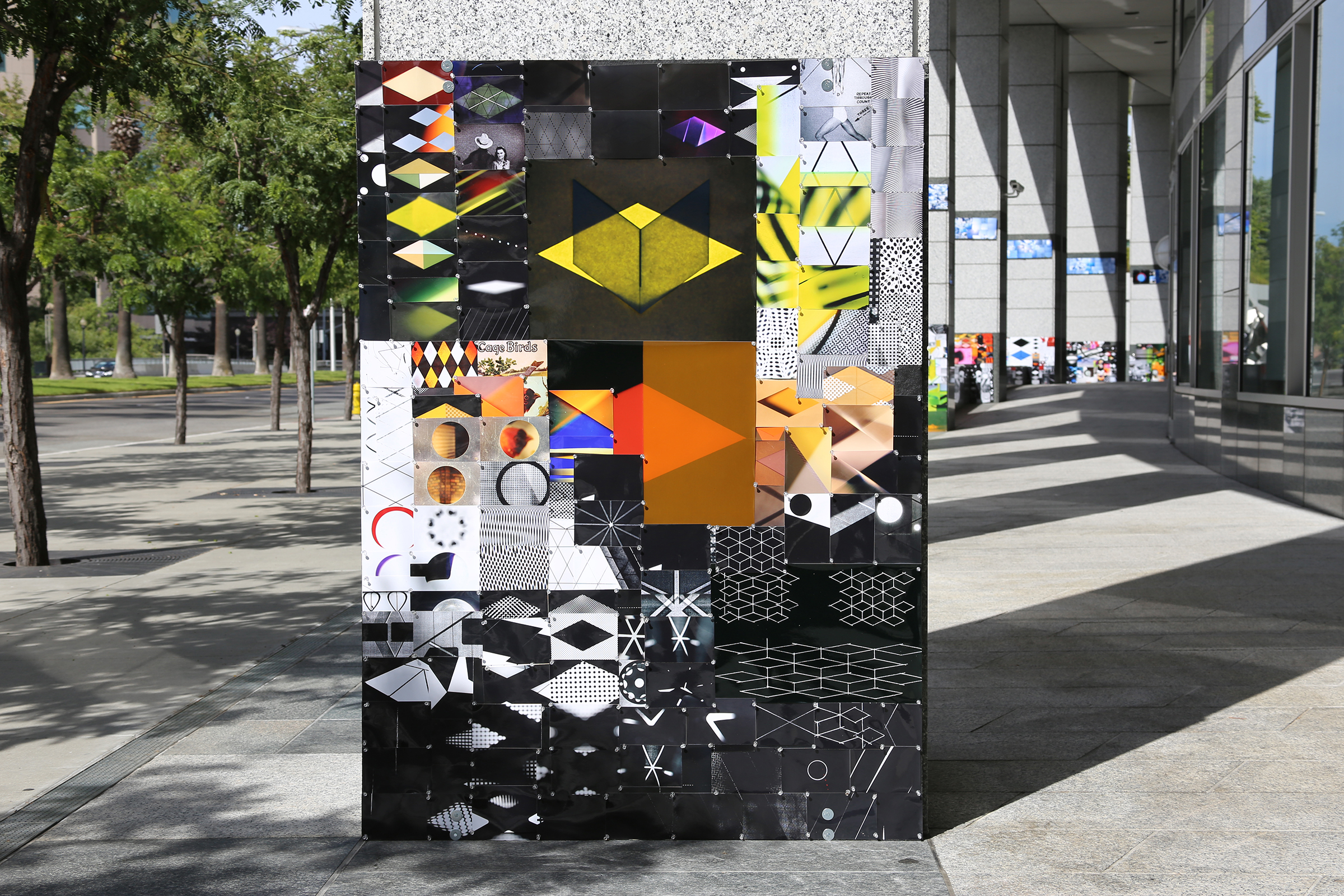 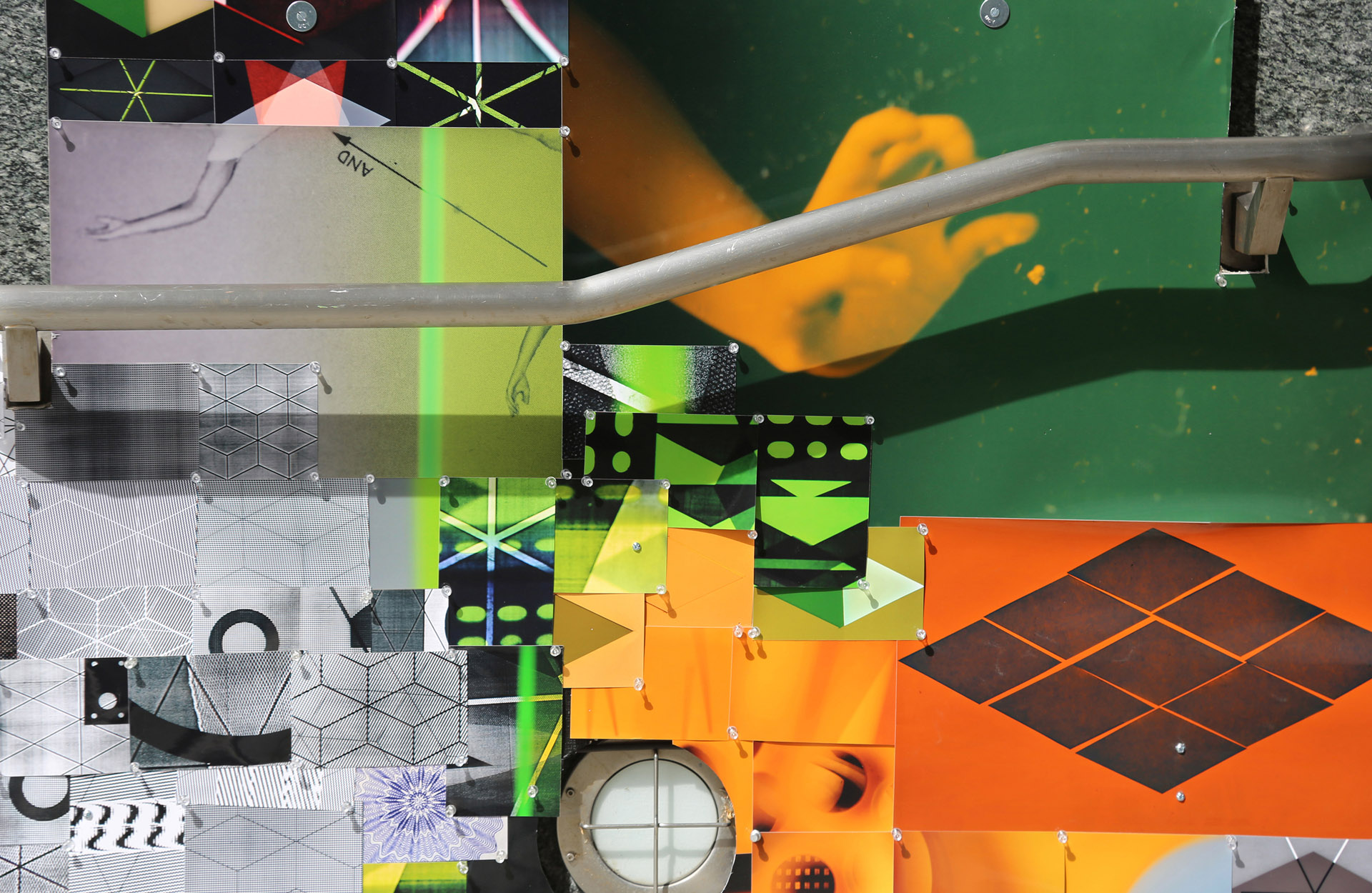 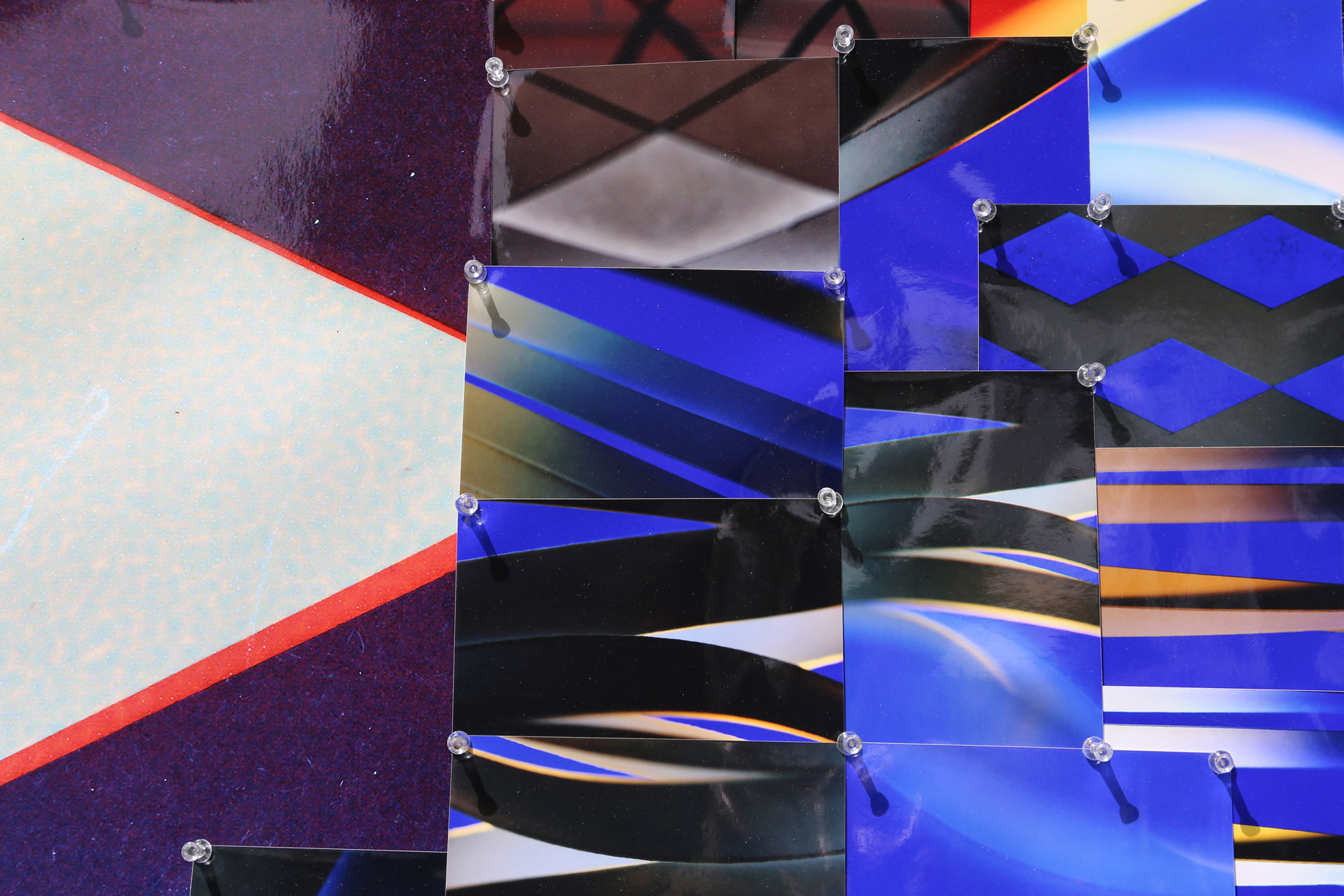 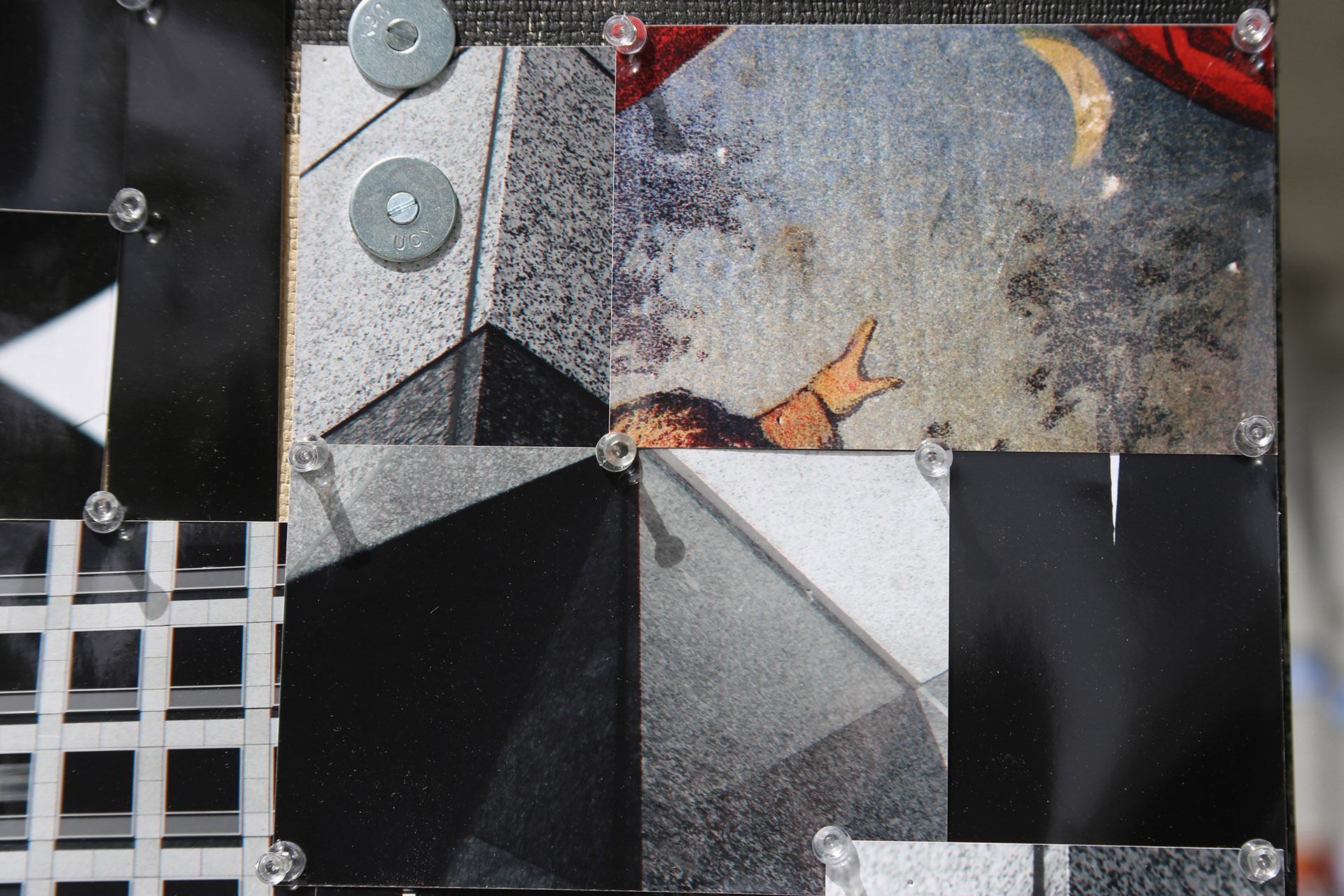 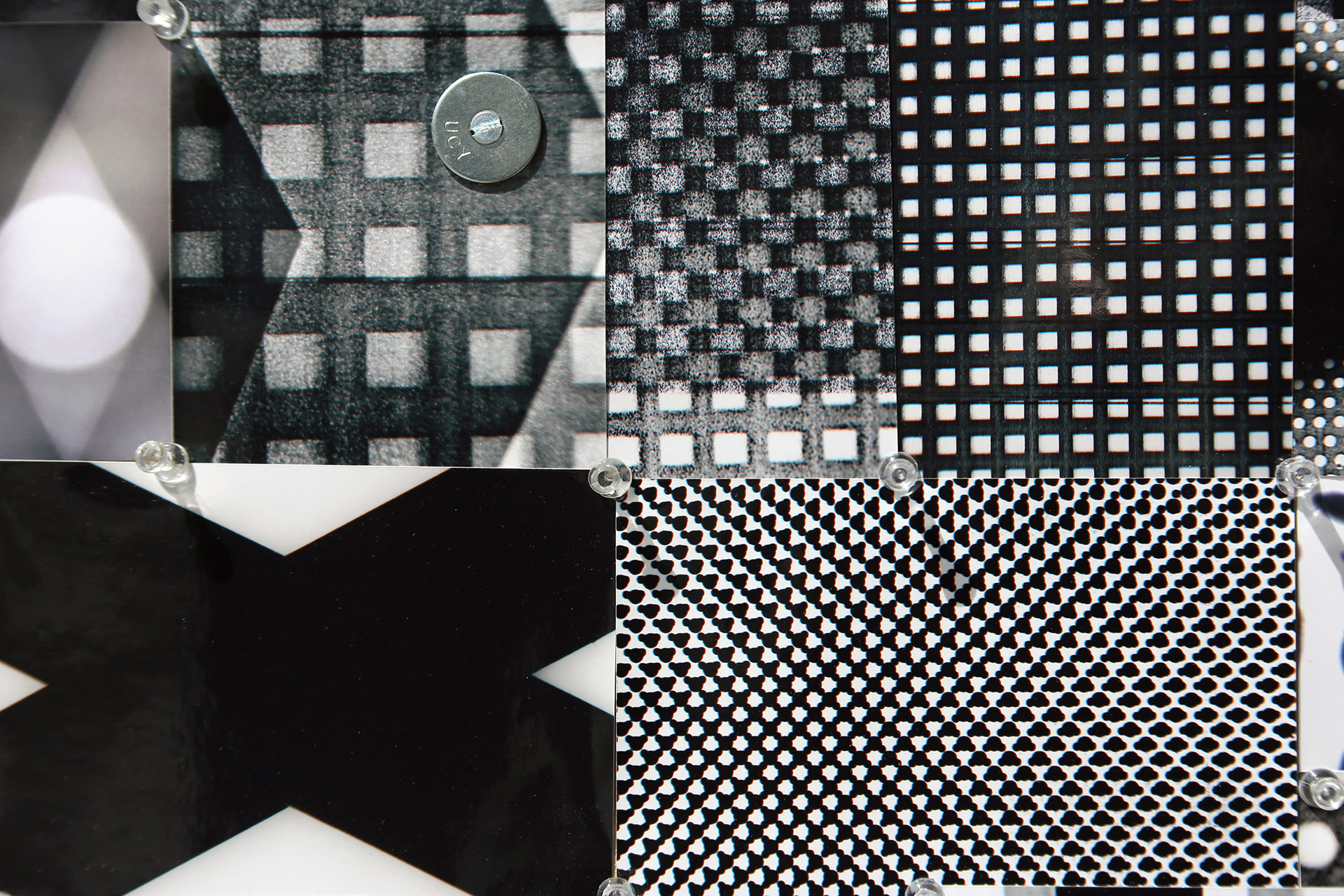 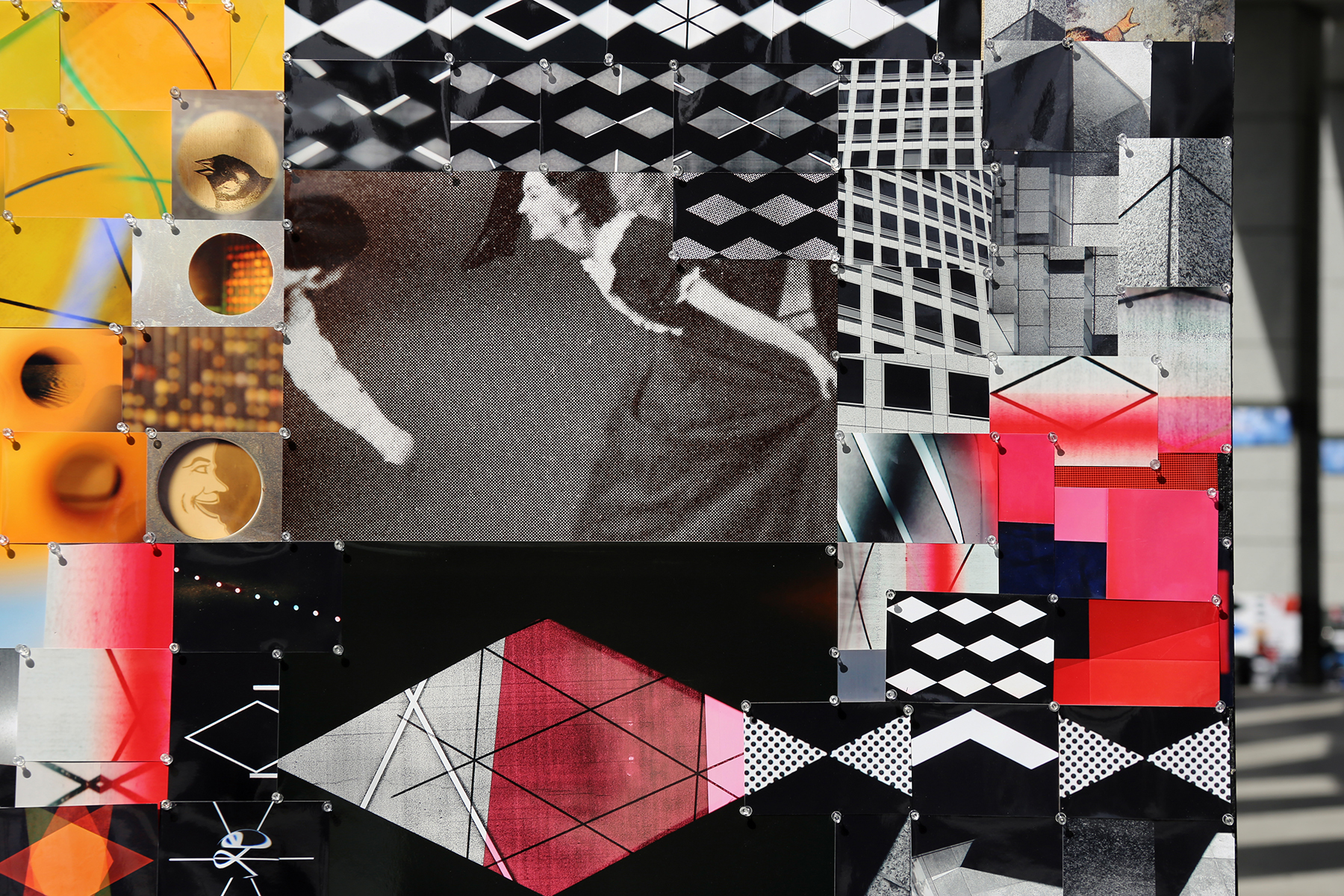 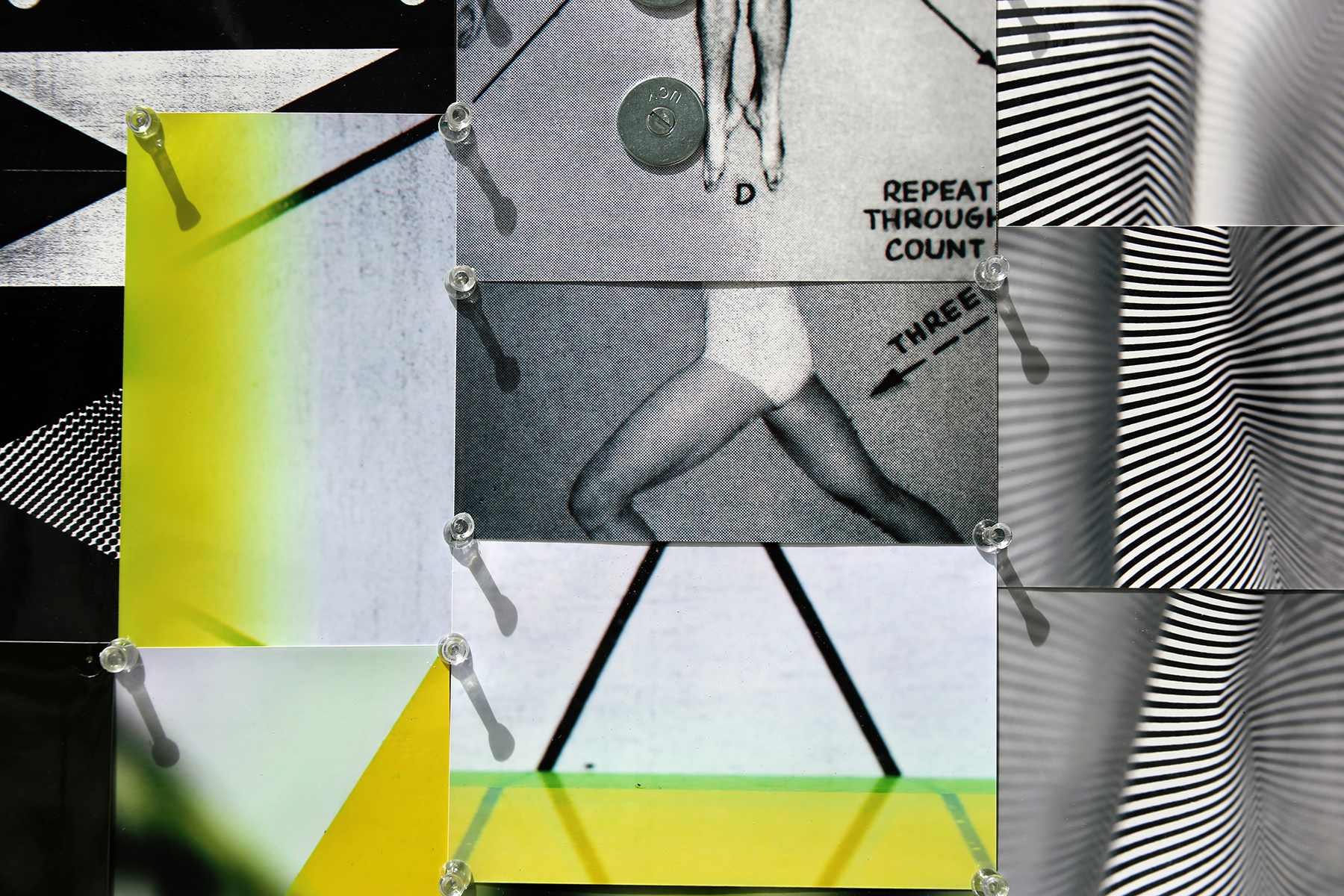 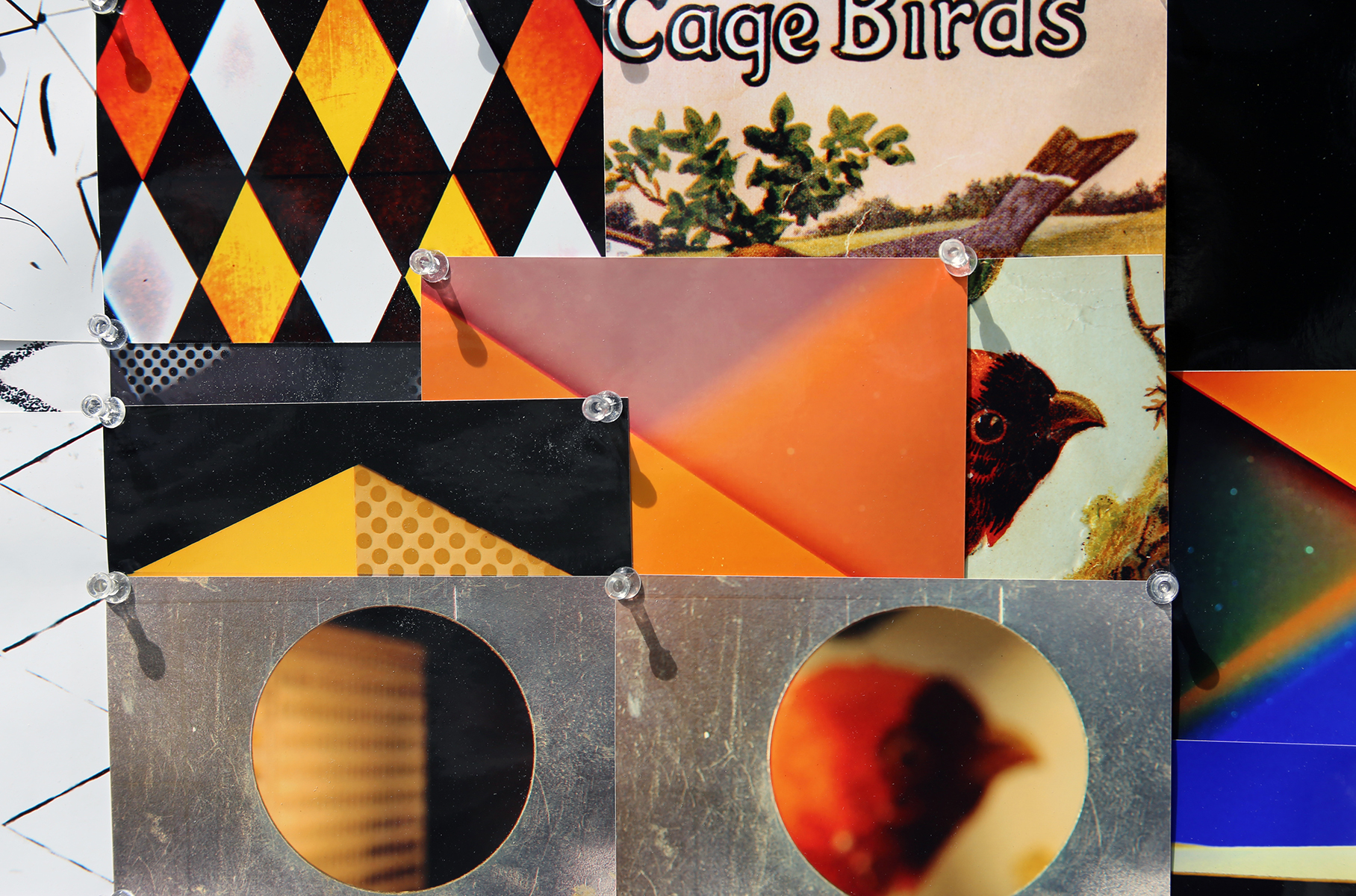 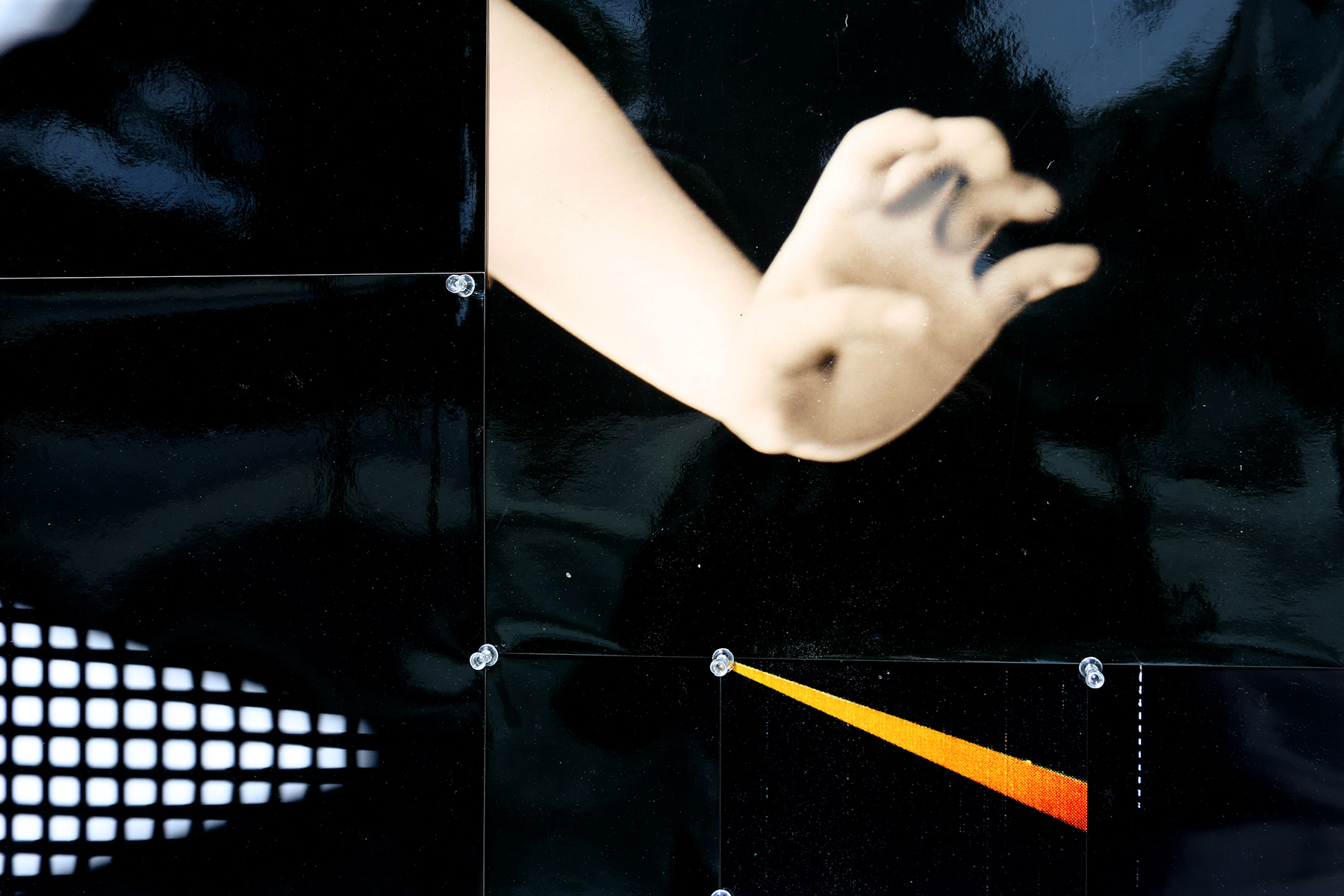 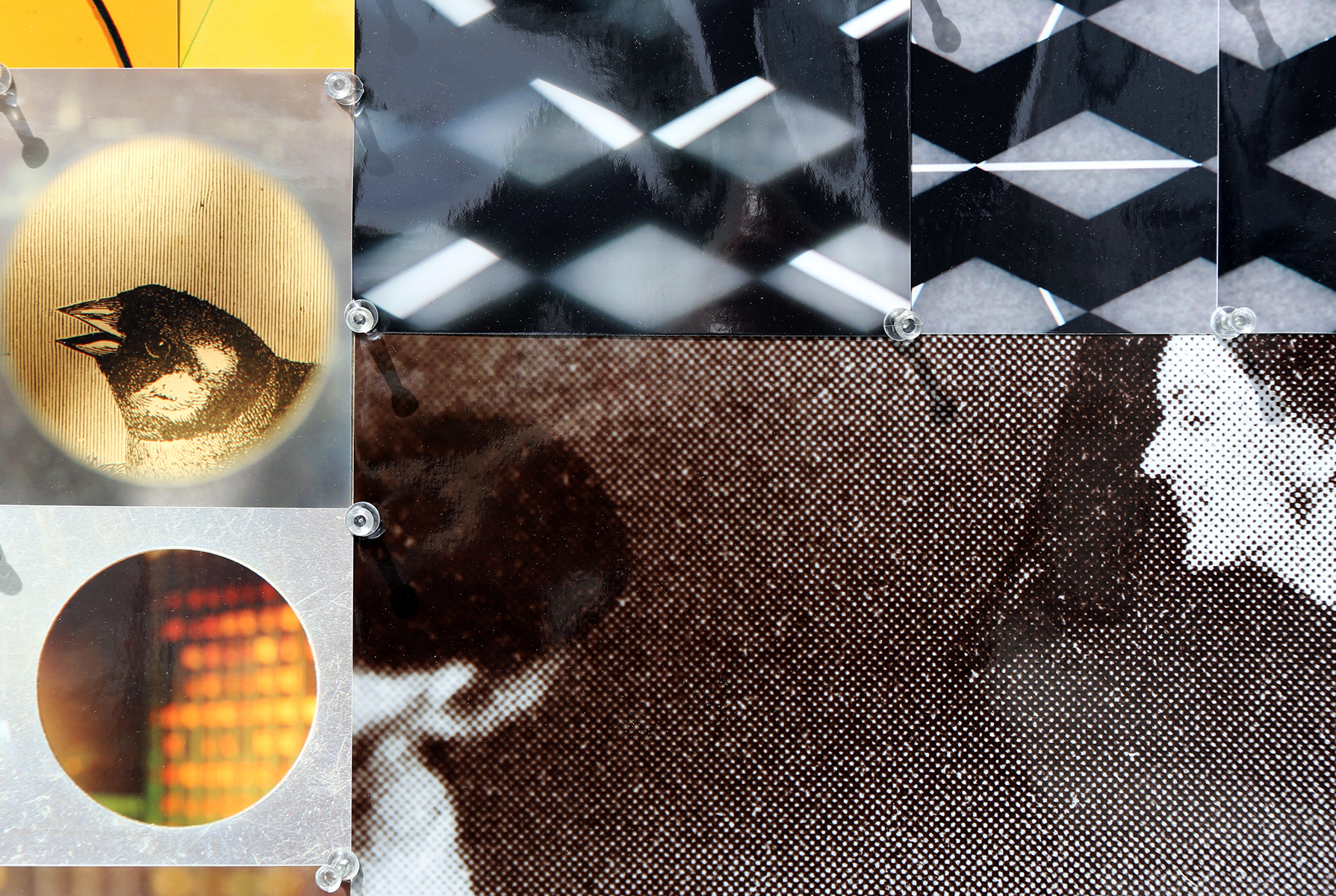 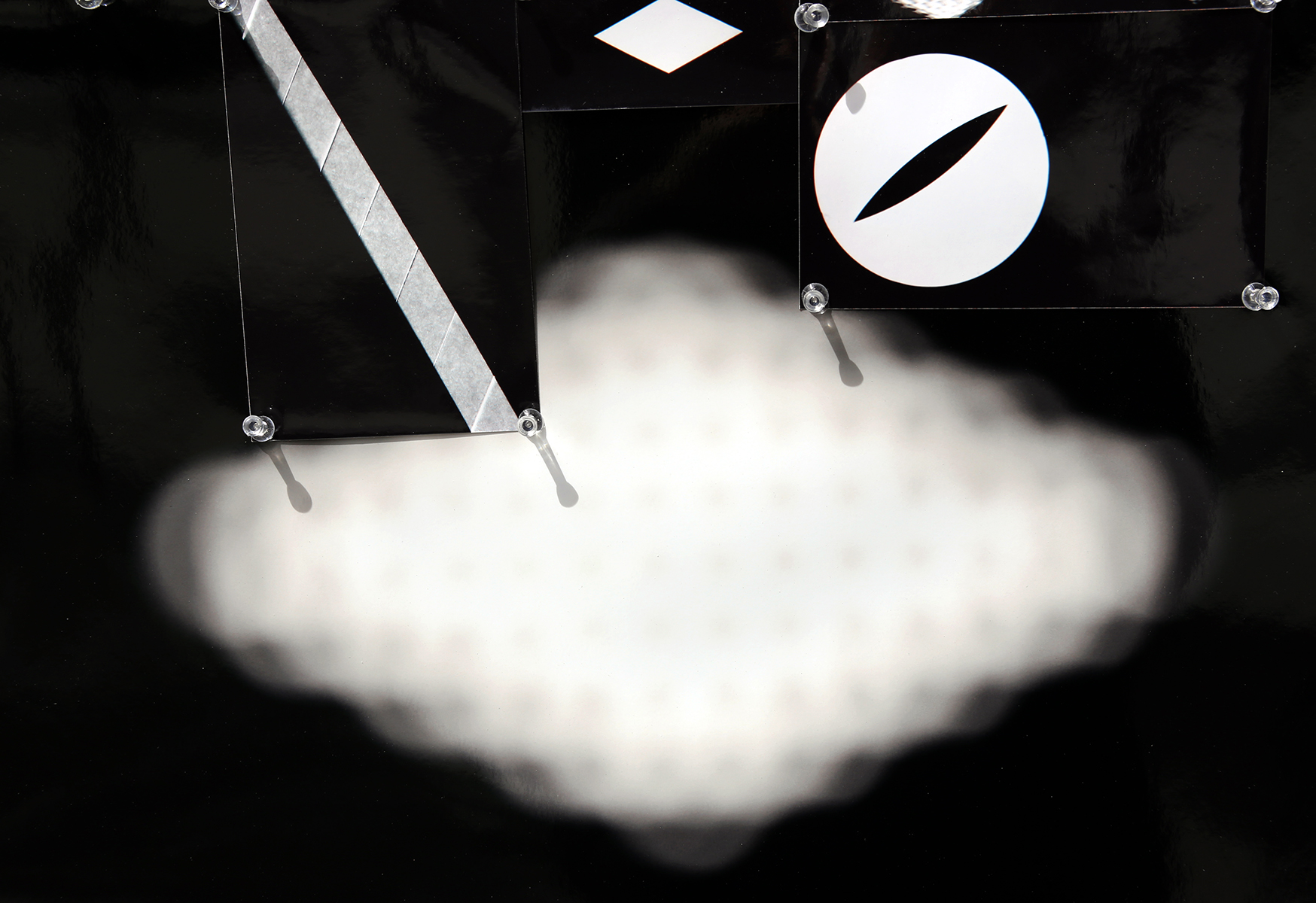 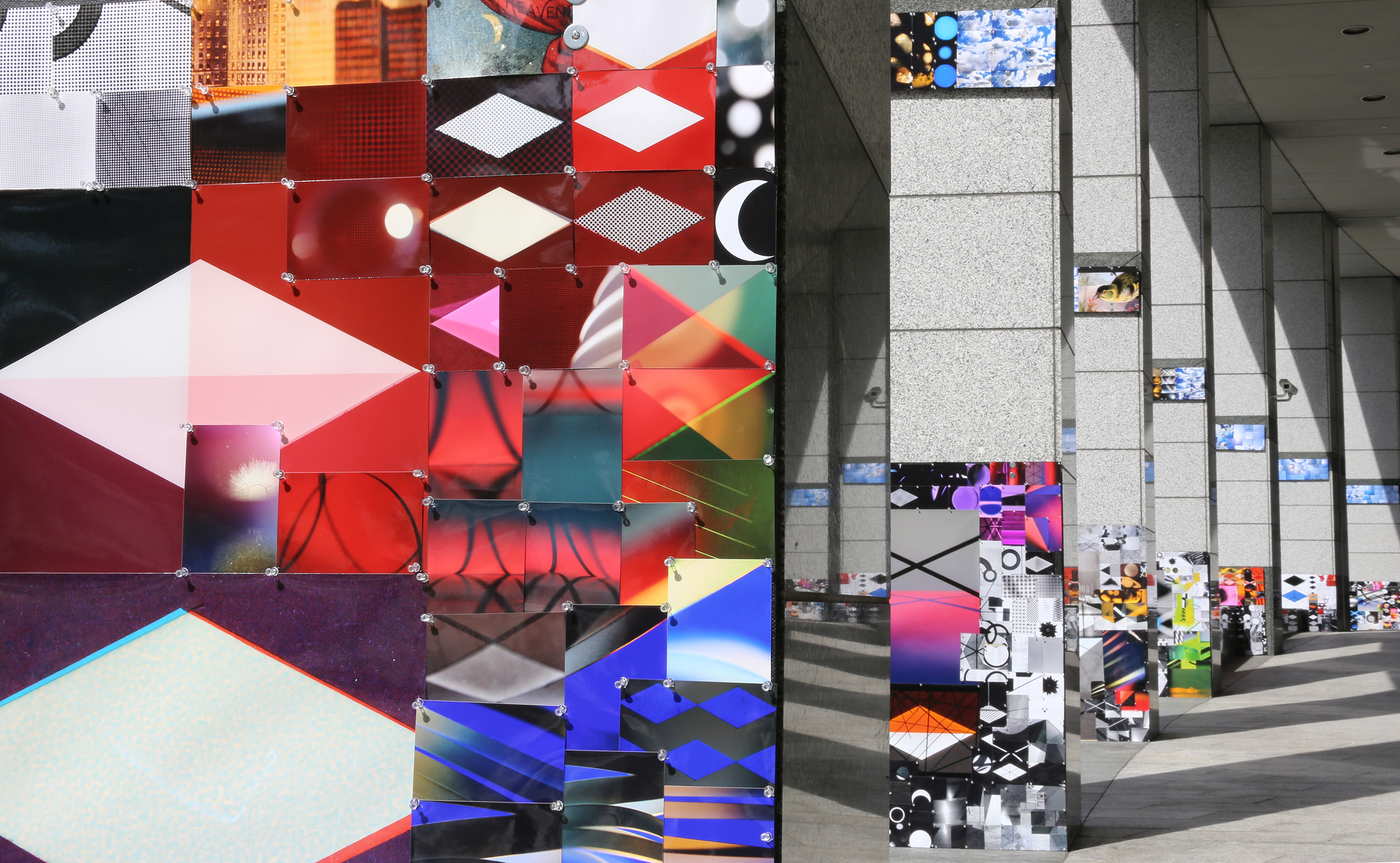 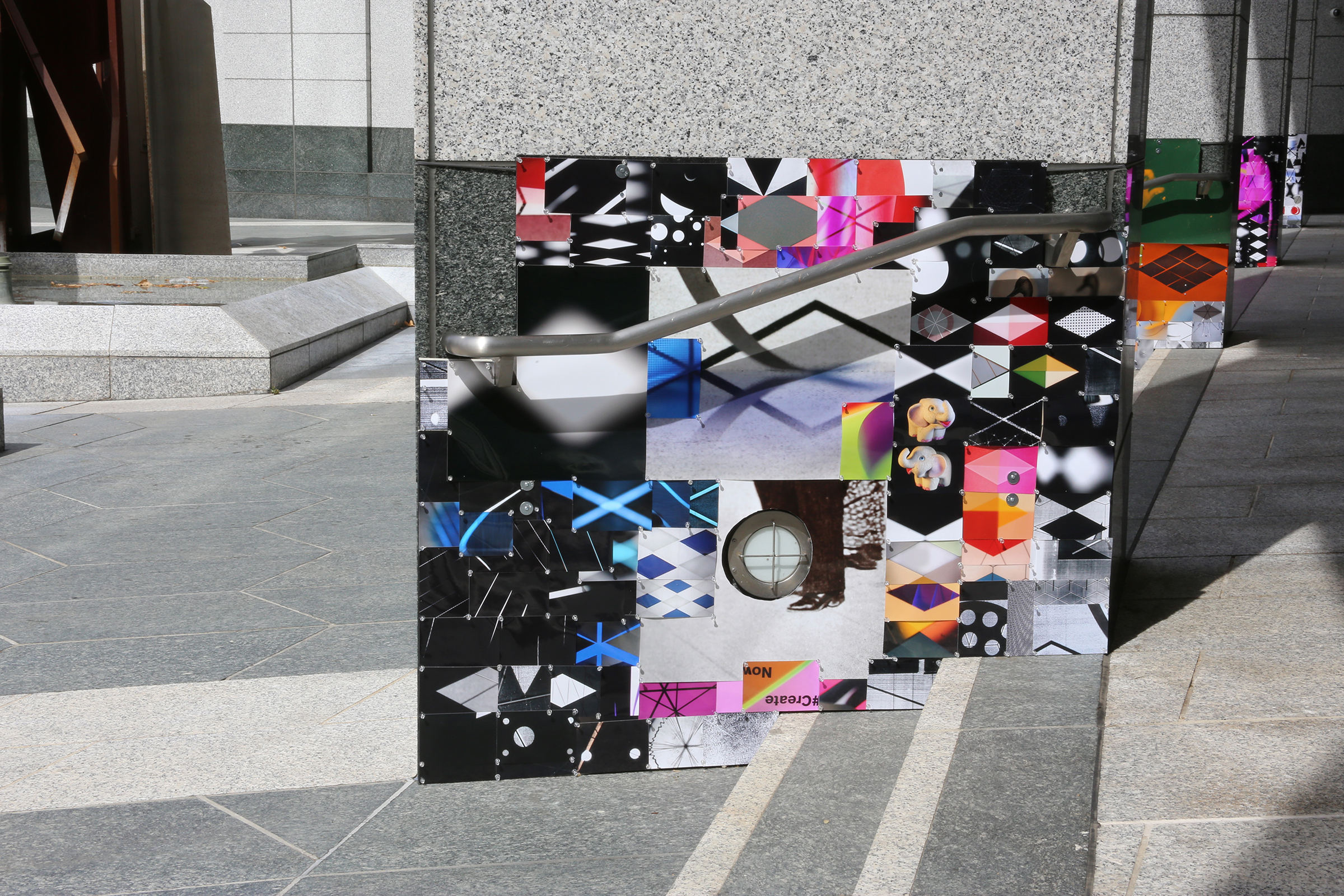 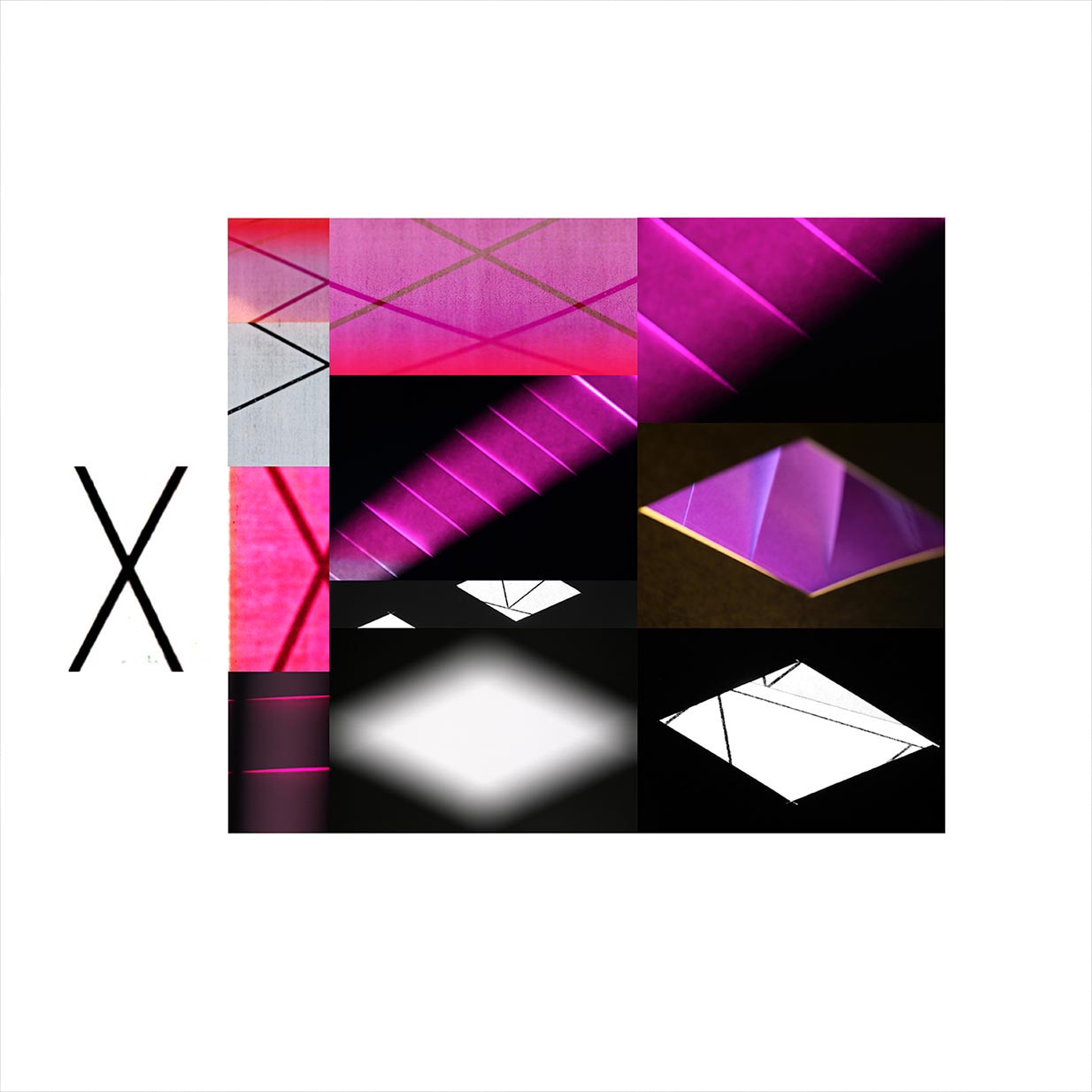 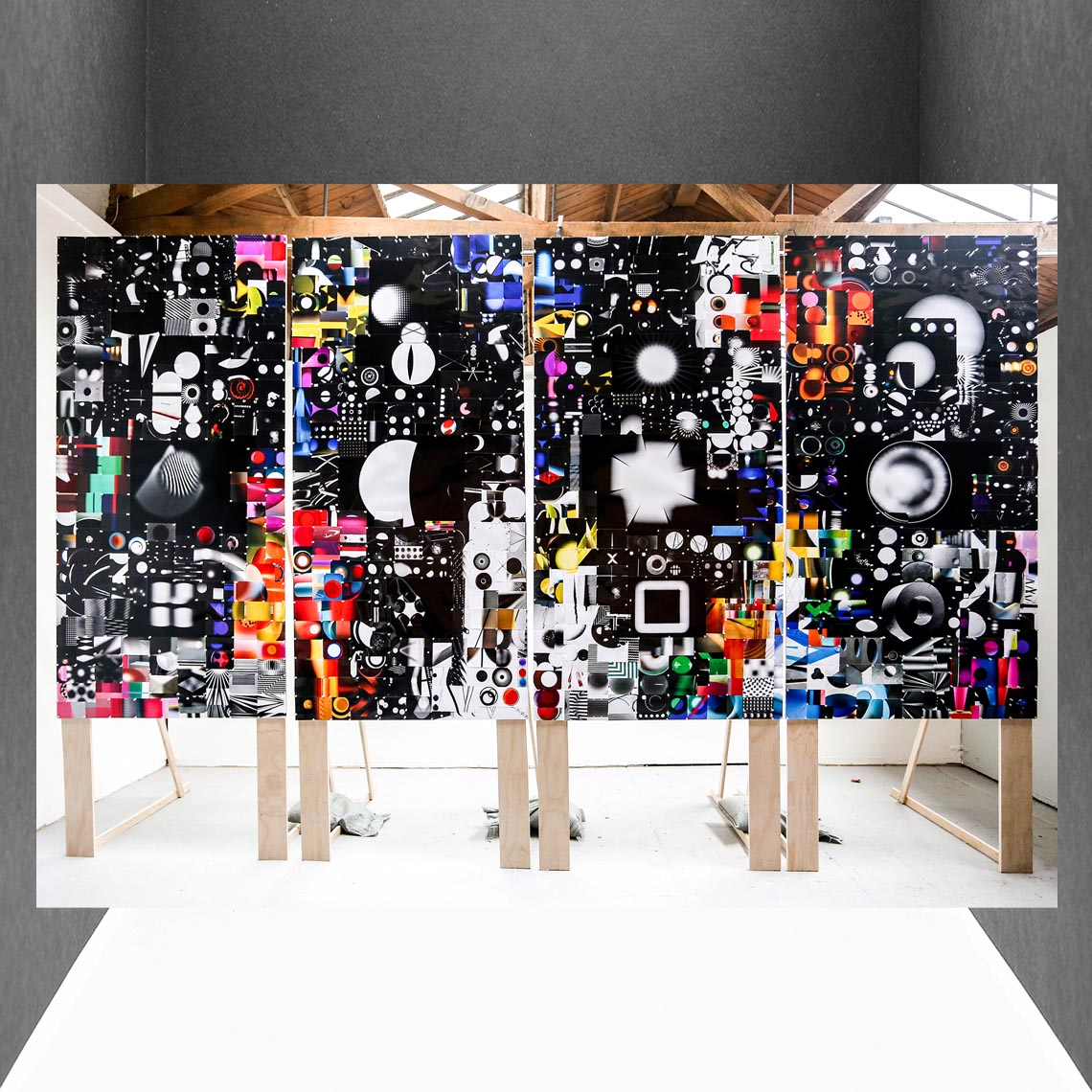