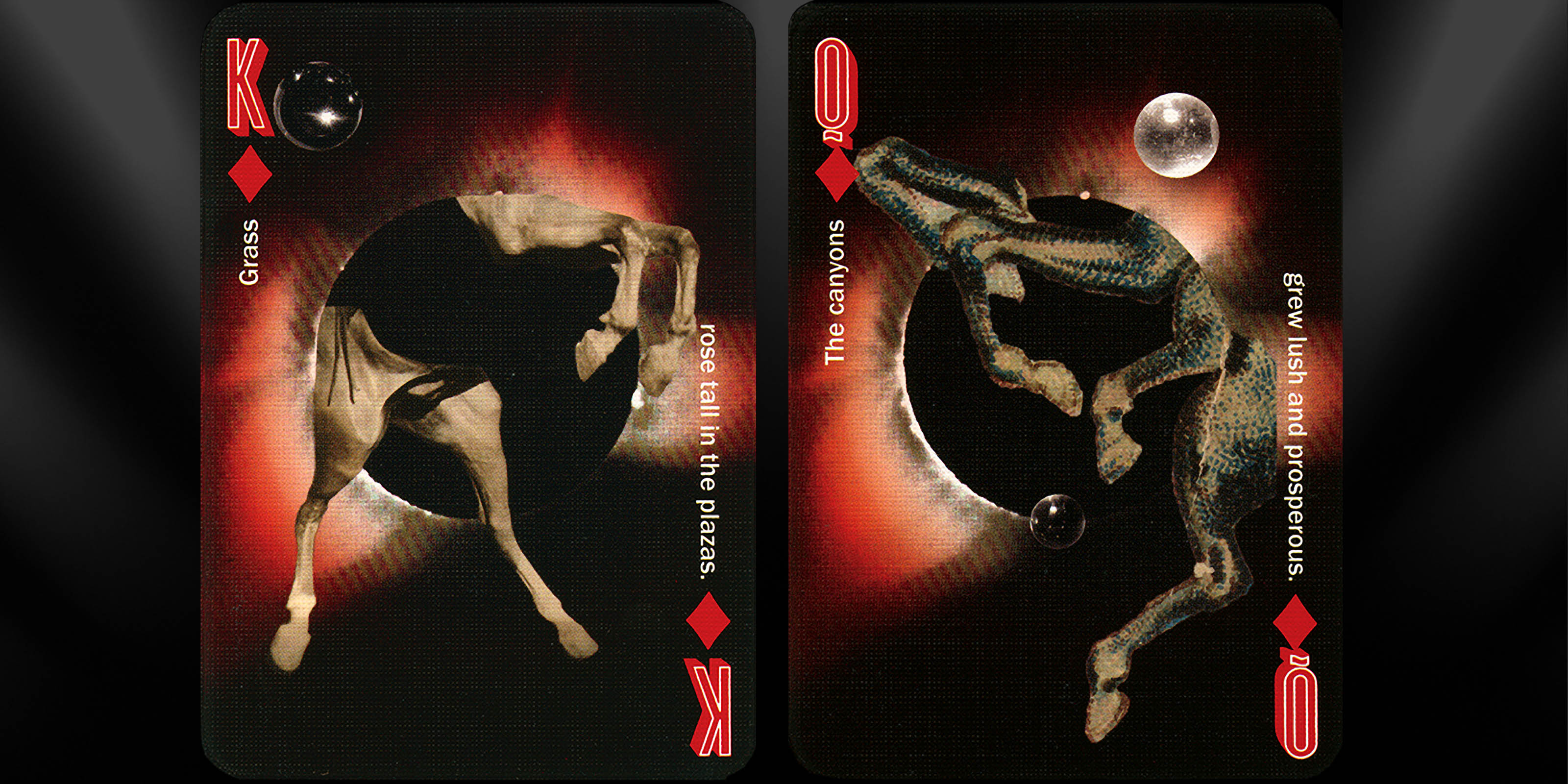 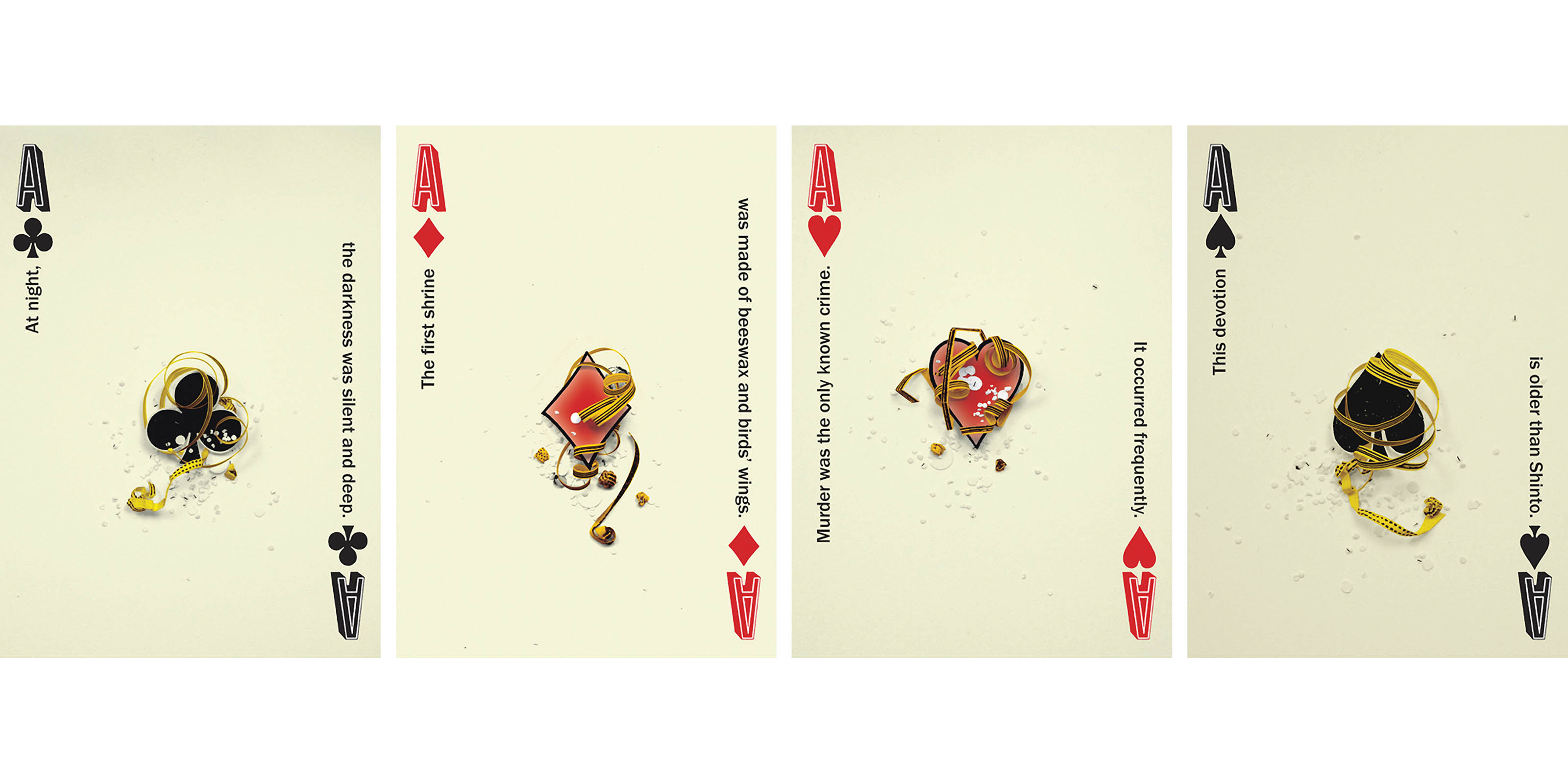 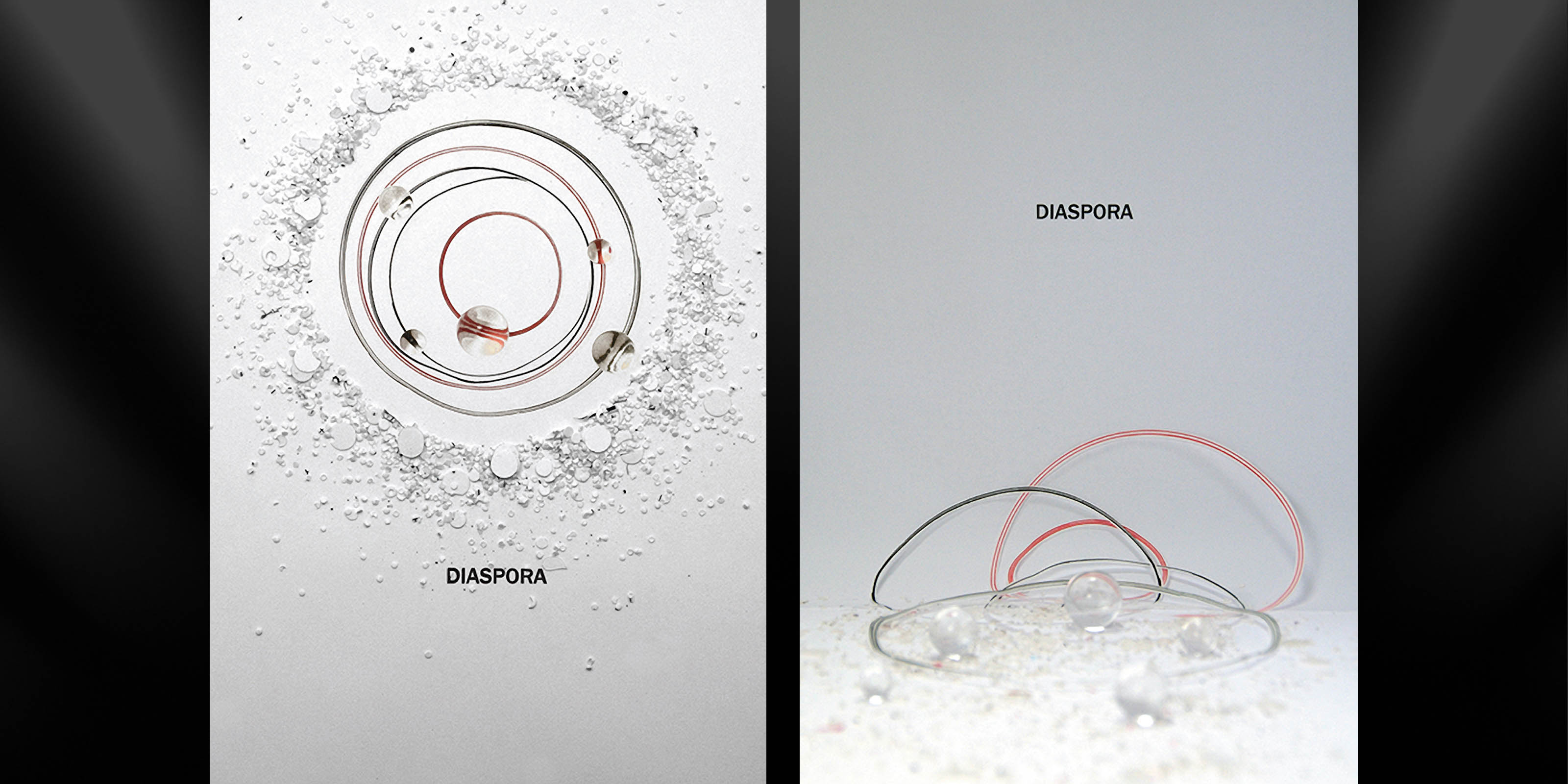 A COLLABORATION with author Michael Cunningham, this double-deck set of playing cards was the first work commissioned by the museum’s Architecture + Design Forum, helmed by curator Henry Urbach. The project was inspired by Double Down, a current exhibition exploring the Las Vegas cityscape.

Cunningham’s text, composed as we developed the project’s visual vocabulary, was written in easily divisible, evocative sentences. The phrases could be shuffled out of order without losing their dynamic pulse. Two stories, one for each deck, elaborate the tale of a double movement: humans fleeing the city and animals taking over what remains. Just as the cards mix during play, so do the two populations, as they pass each other mid-travel.

The first deck’s number cards use the suit symbols to represent gathering and organization. Overhead float glass lenses and spheres to suggest a cosmic, magnetic force. Each suit in deck two starts with a towering city built as an assemblage of paper scraps. As the city breaks apart and falls to ruin, the destruction is documented from multiple vantage points.

All the cards were produced in-camera, using makeshift set-ups of paper, cardboard and glass, woven together, drawn and cut by hand. I am especially grateful to my assistant Ed Ng, who patiently stationed himself behind the camera for the entire process. The Appetite Engineers studio is stocked with all sorts of odd materials from which we built ourselves a buffet table of options in order to improvise as needed. Everything was shot in greyscale and then meticulously colored bit by bit digitally.

In a normal deck of cards, the face cards act as portraits. And so they do here. But all of these portraits of animals and humans focus on their legs as the primary means of locomotion. In the first deck, the animals pose in front of natural planetary light. In deck two, the light sources are all artificial. 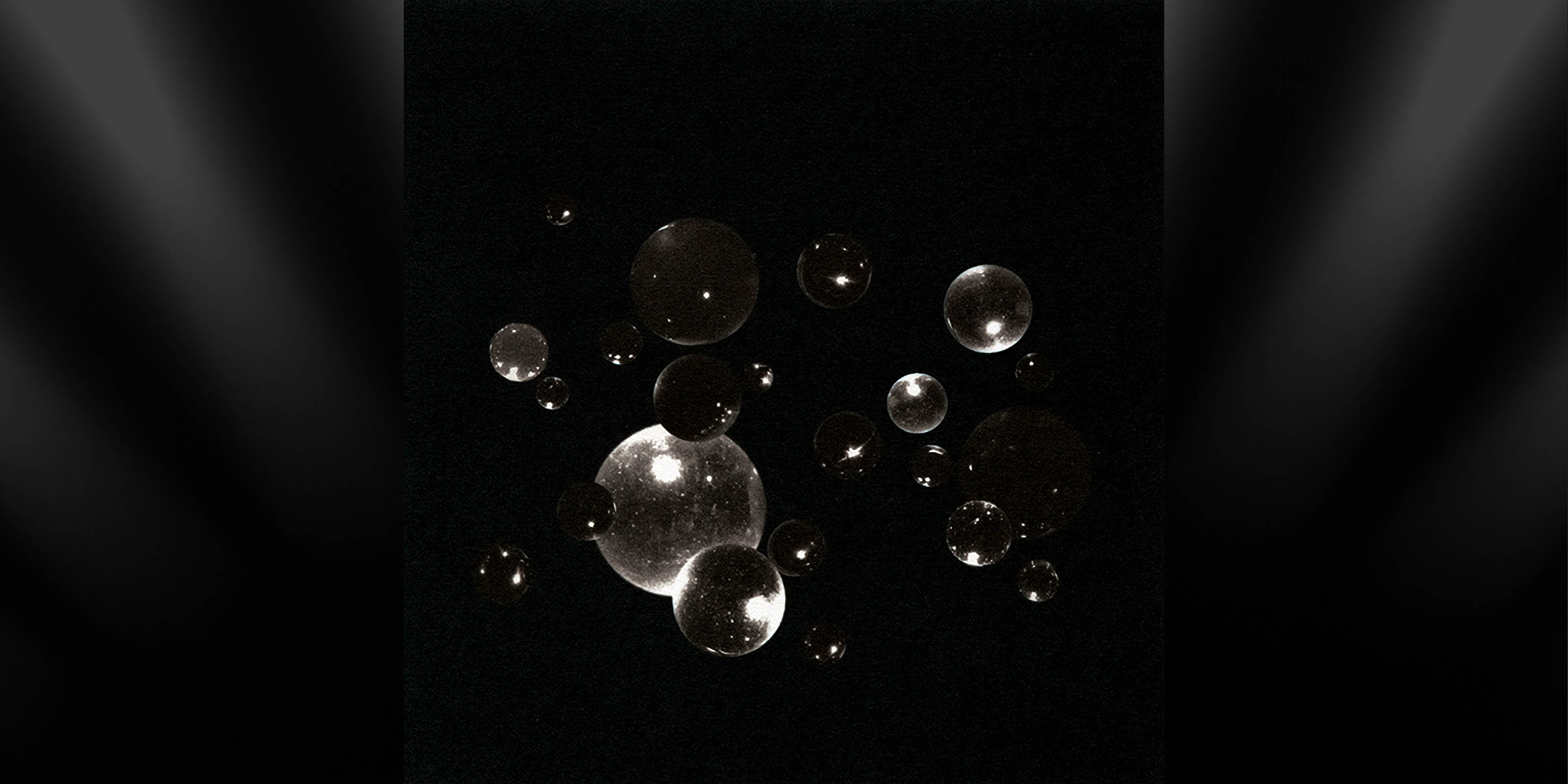 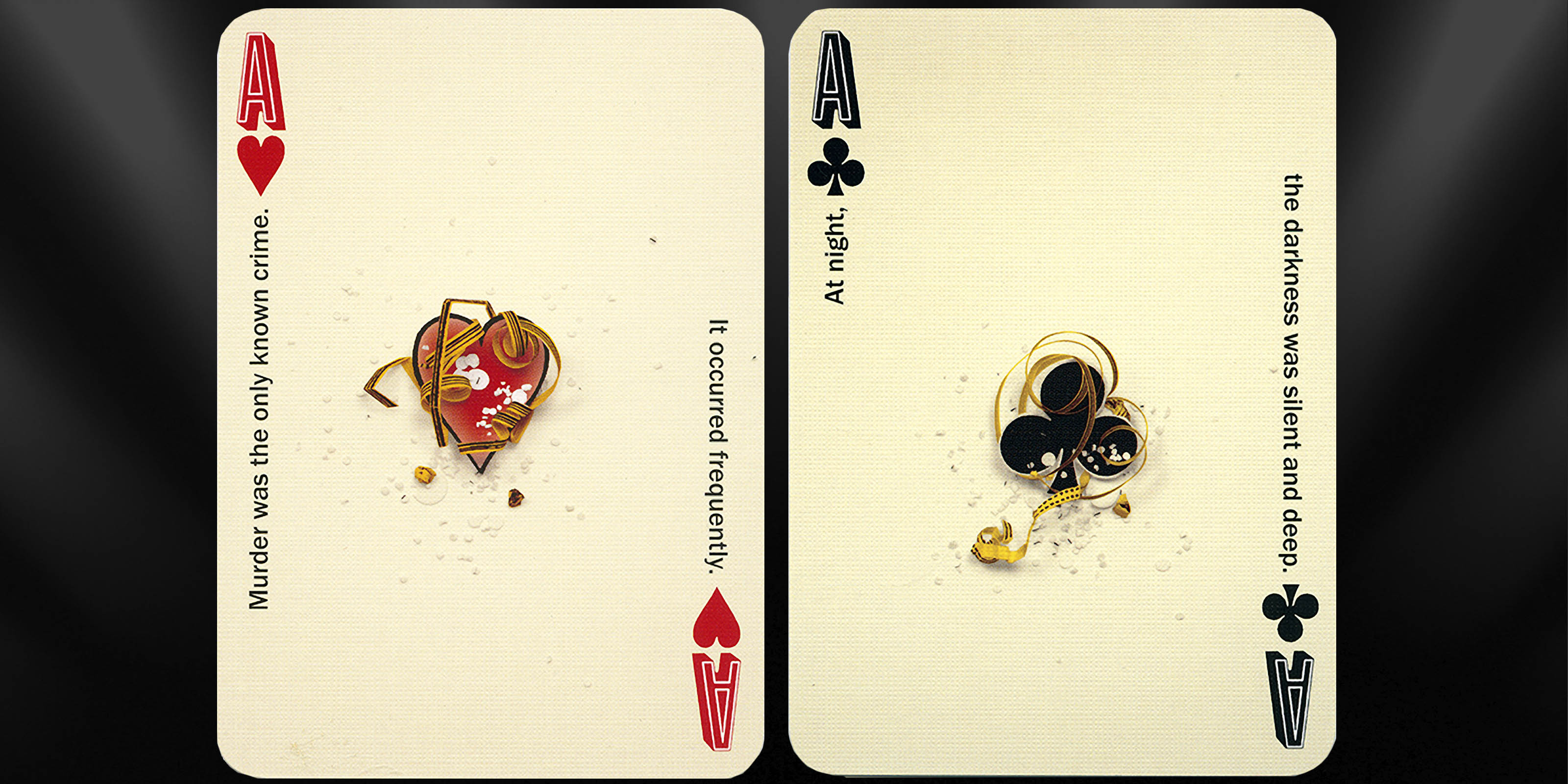 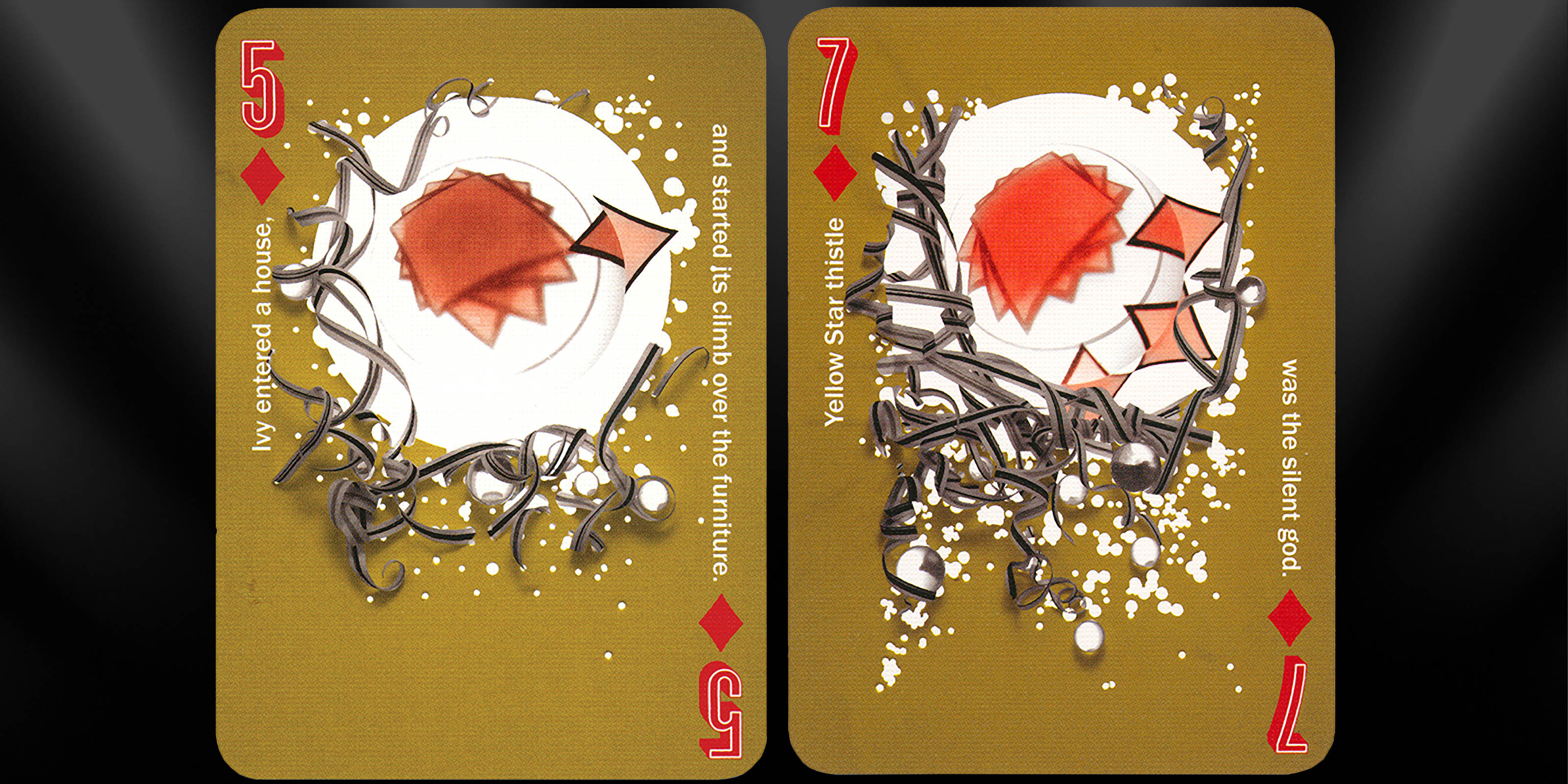 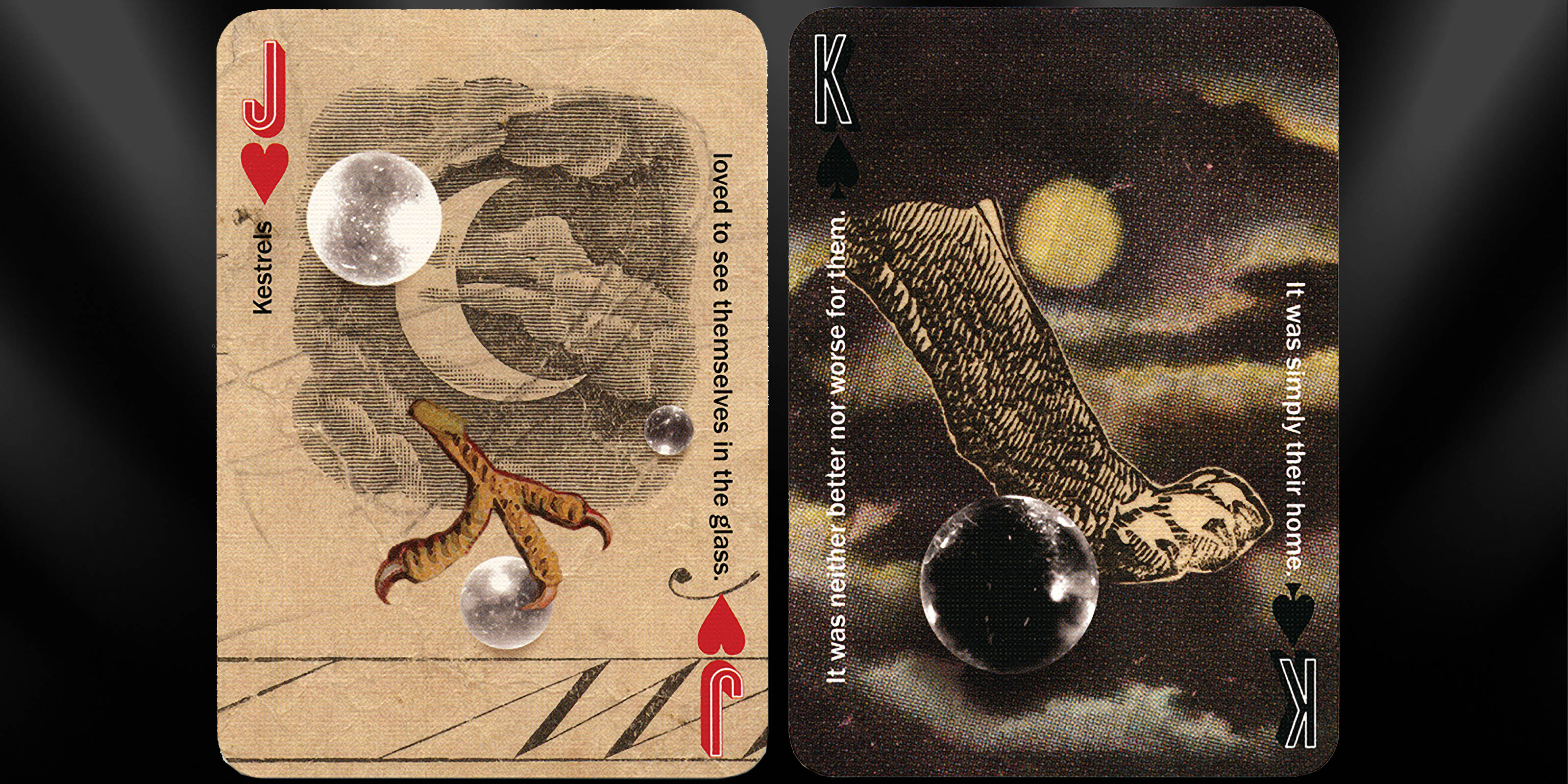 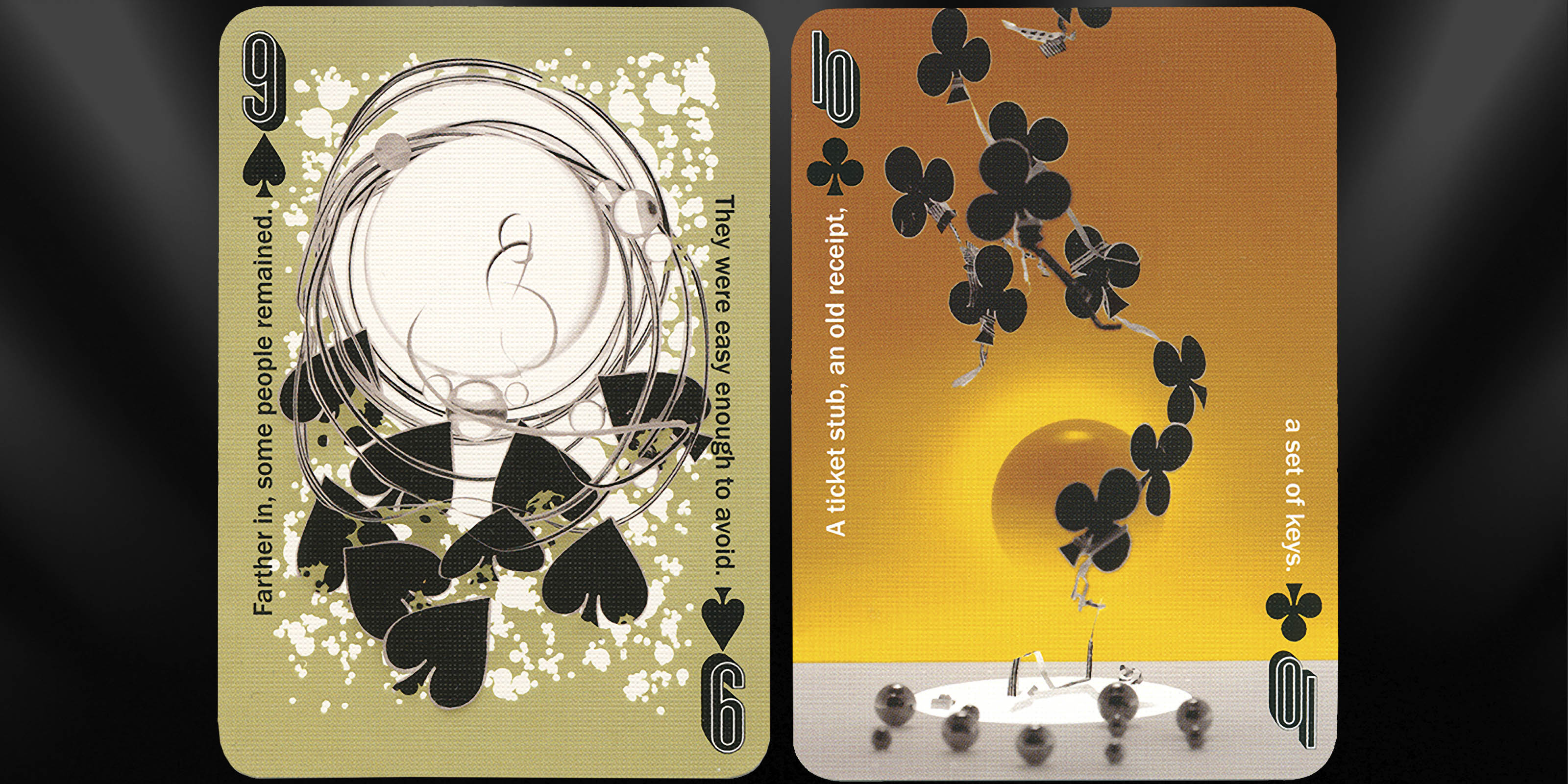 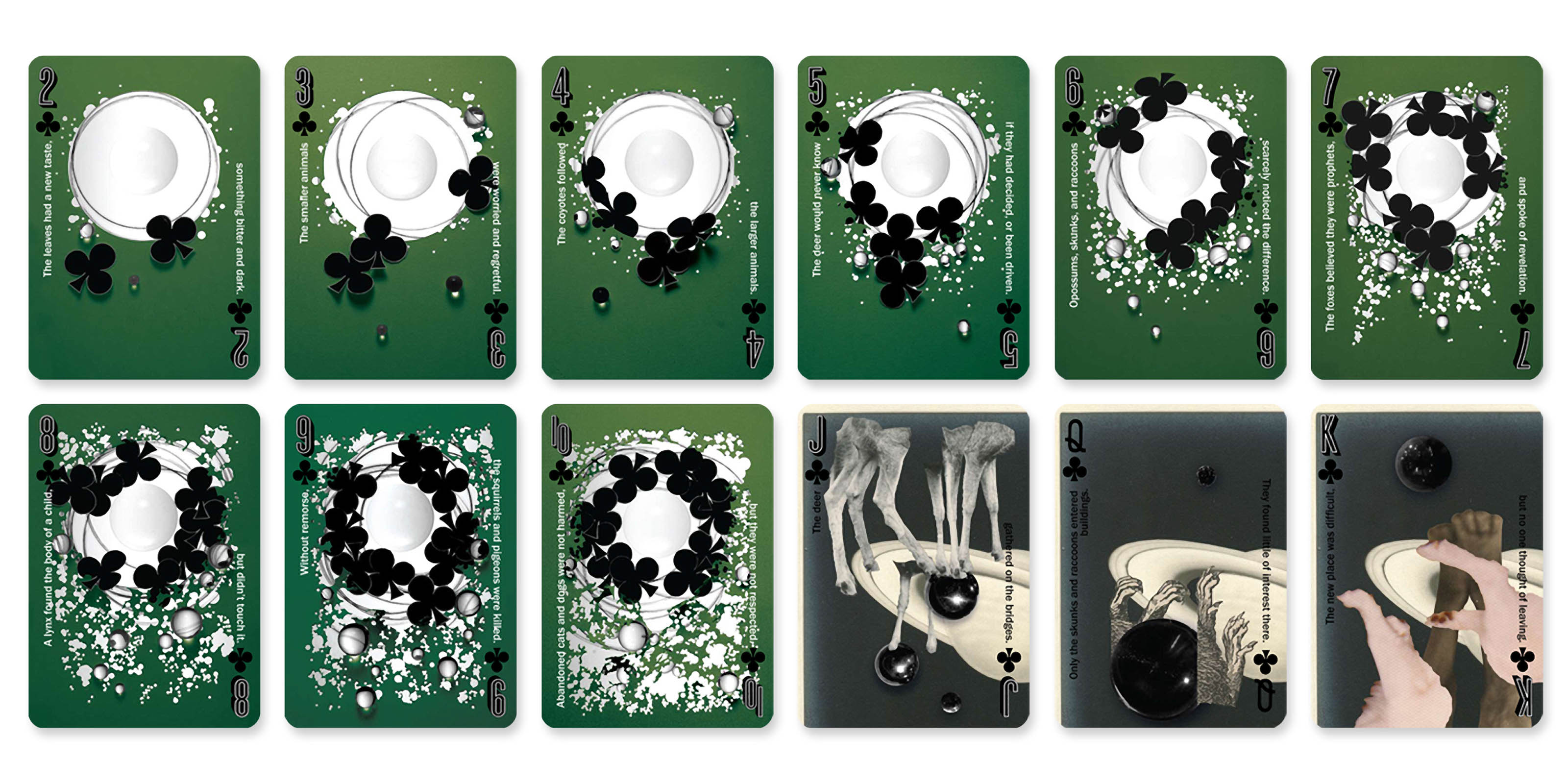 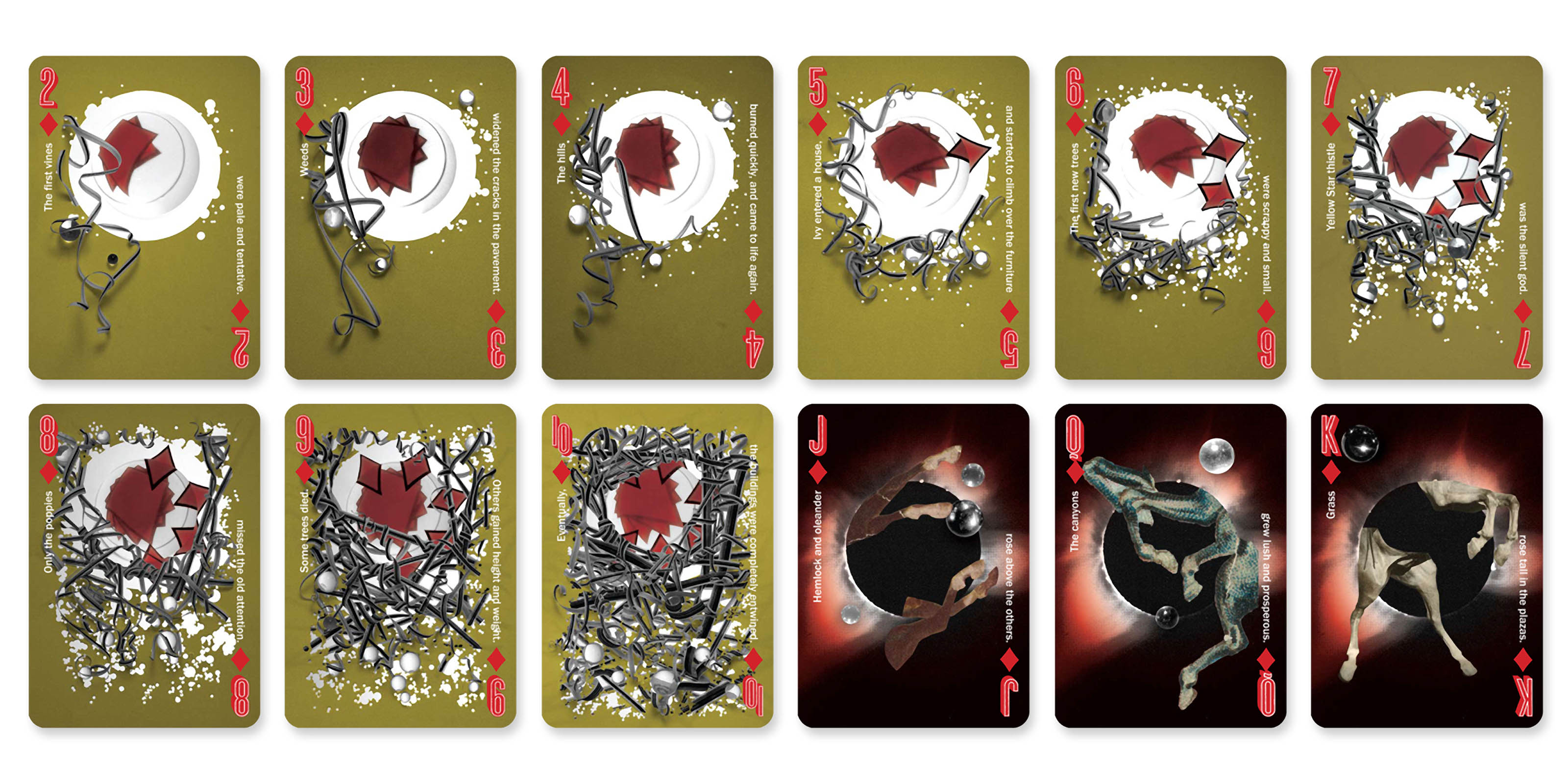 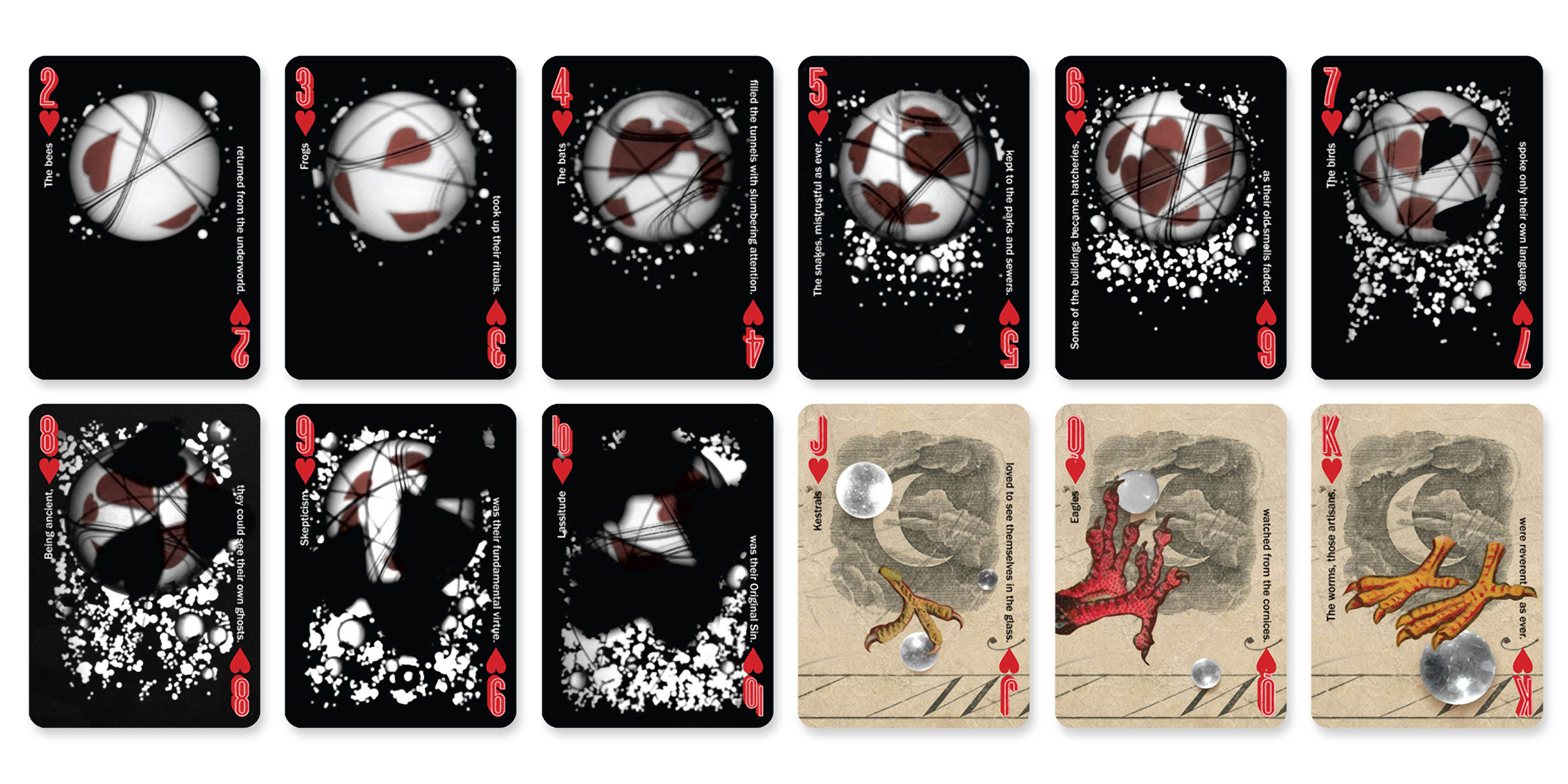 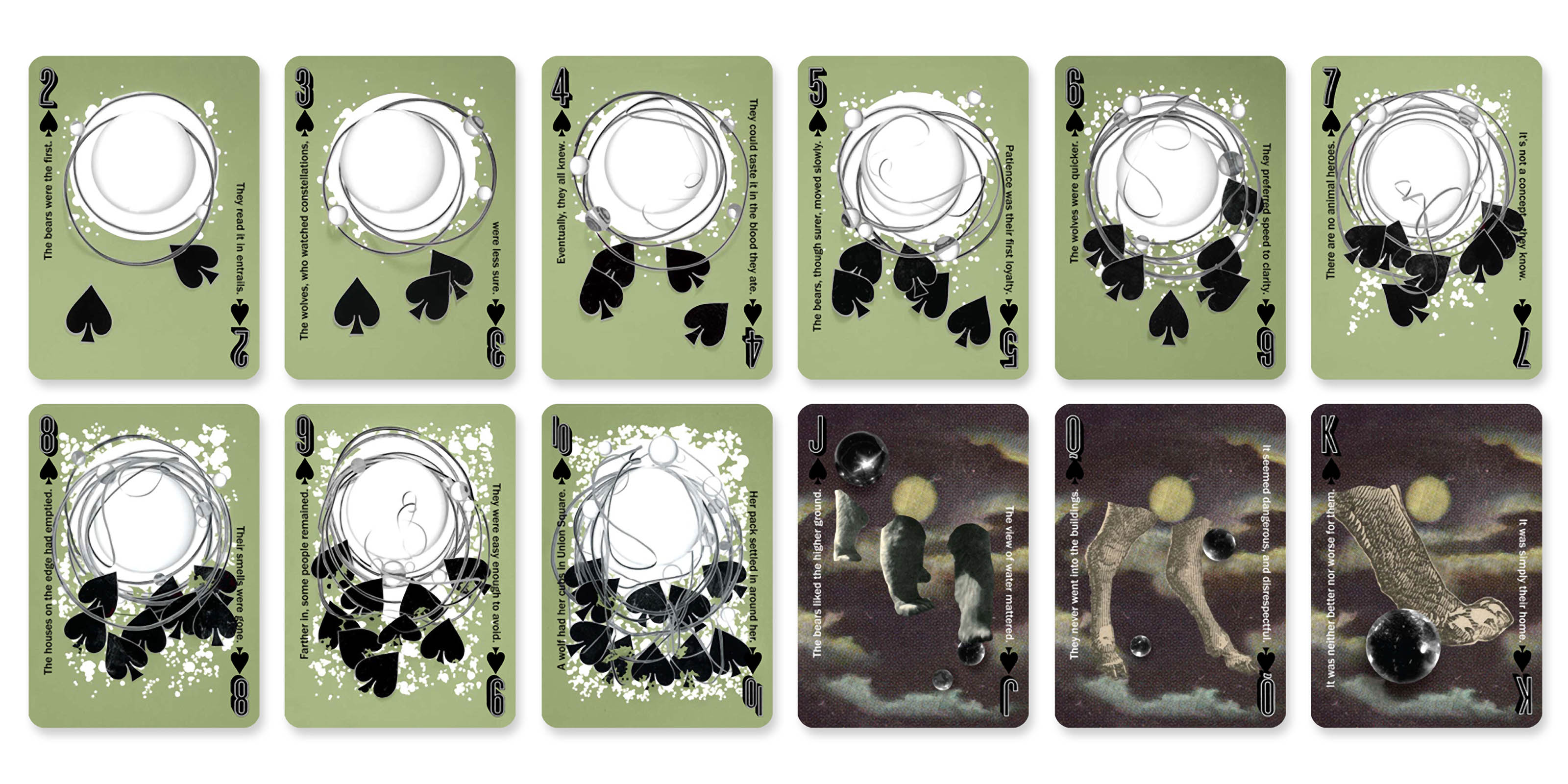 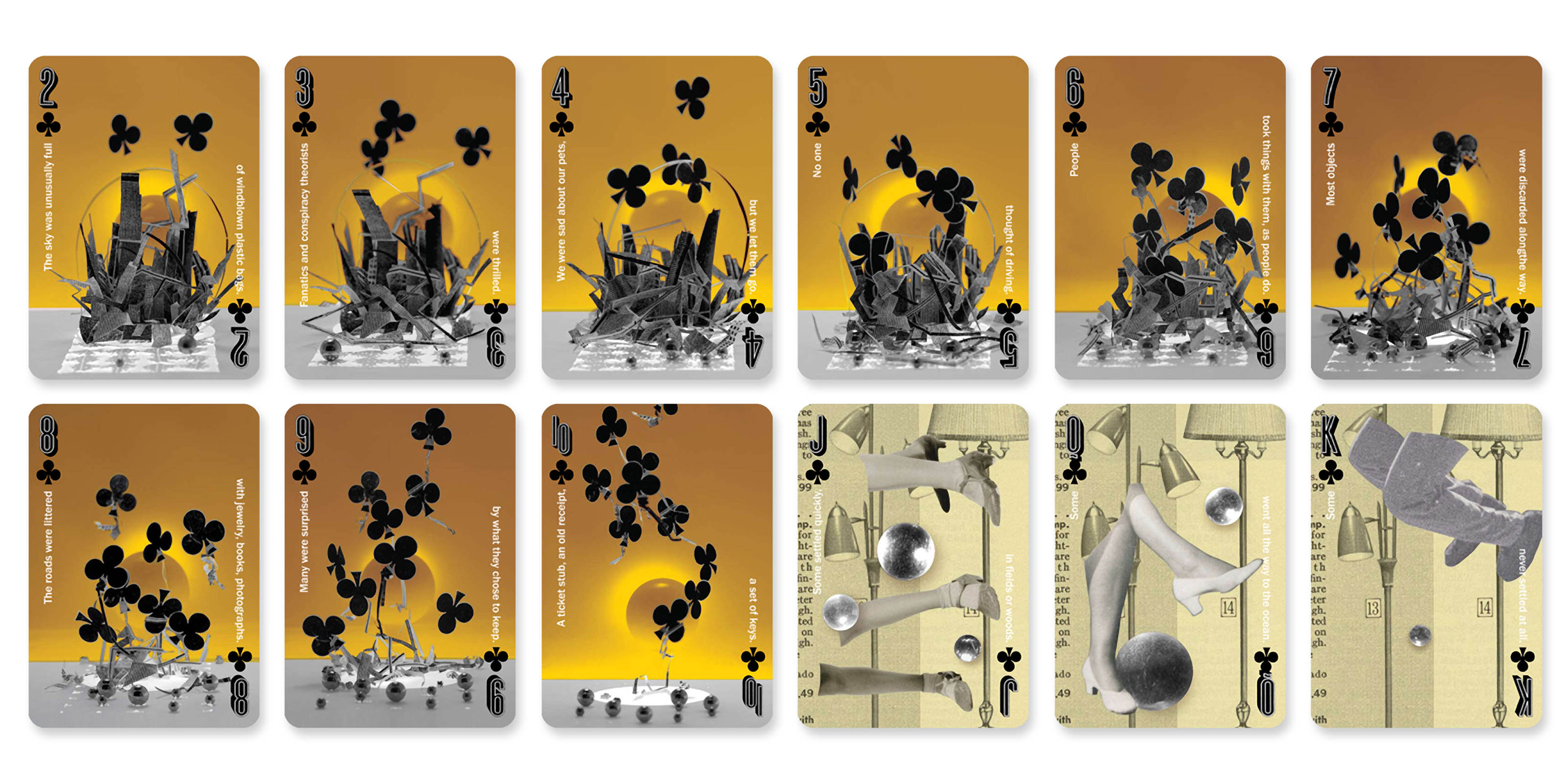 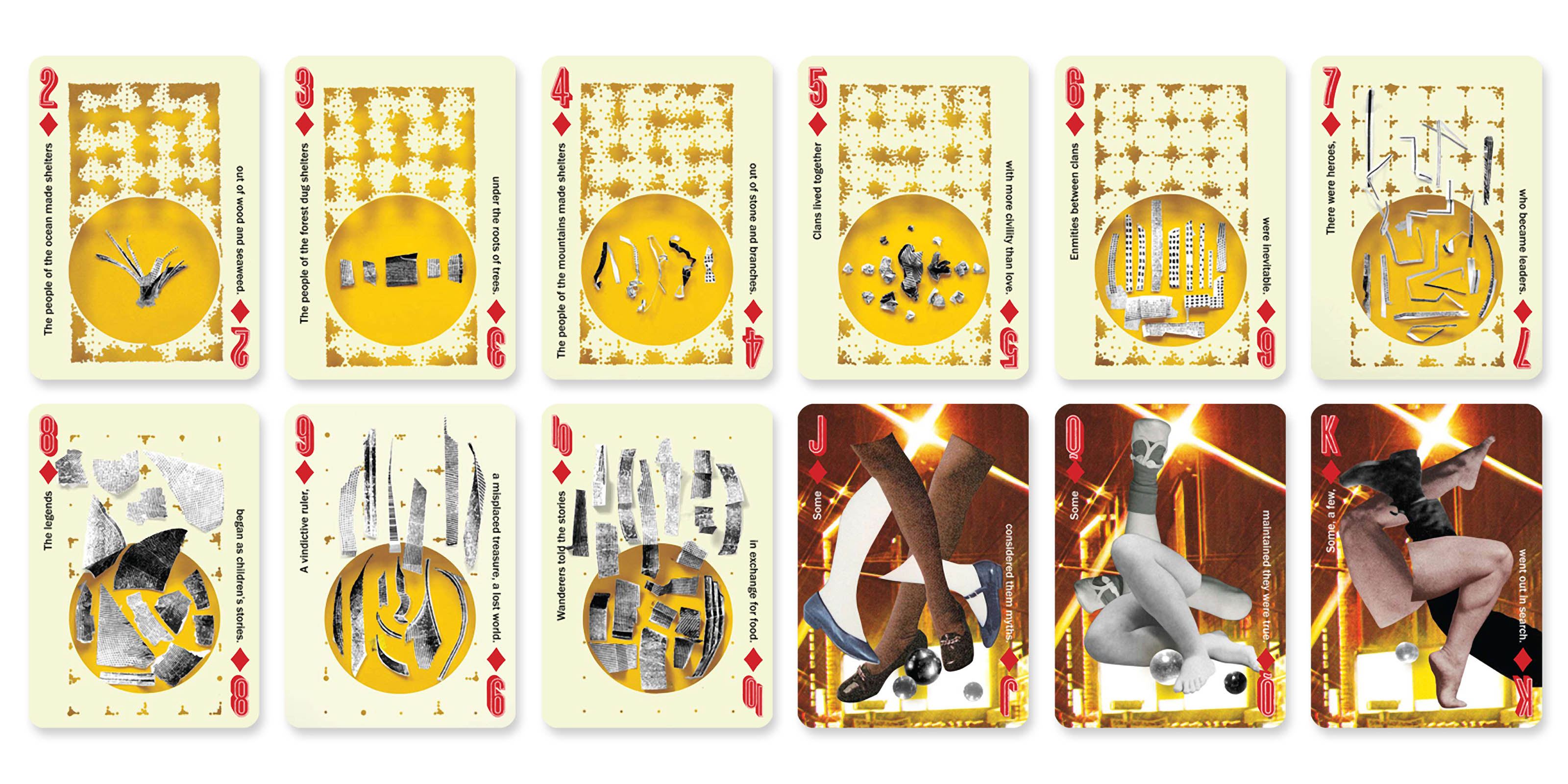 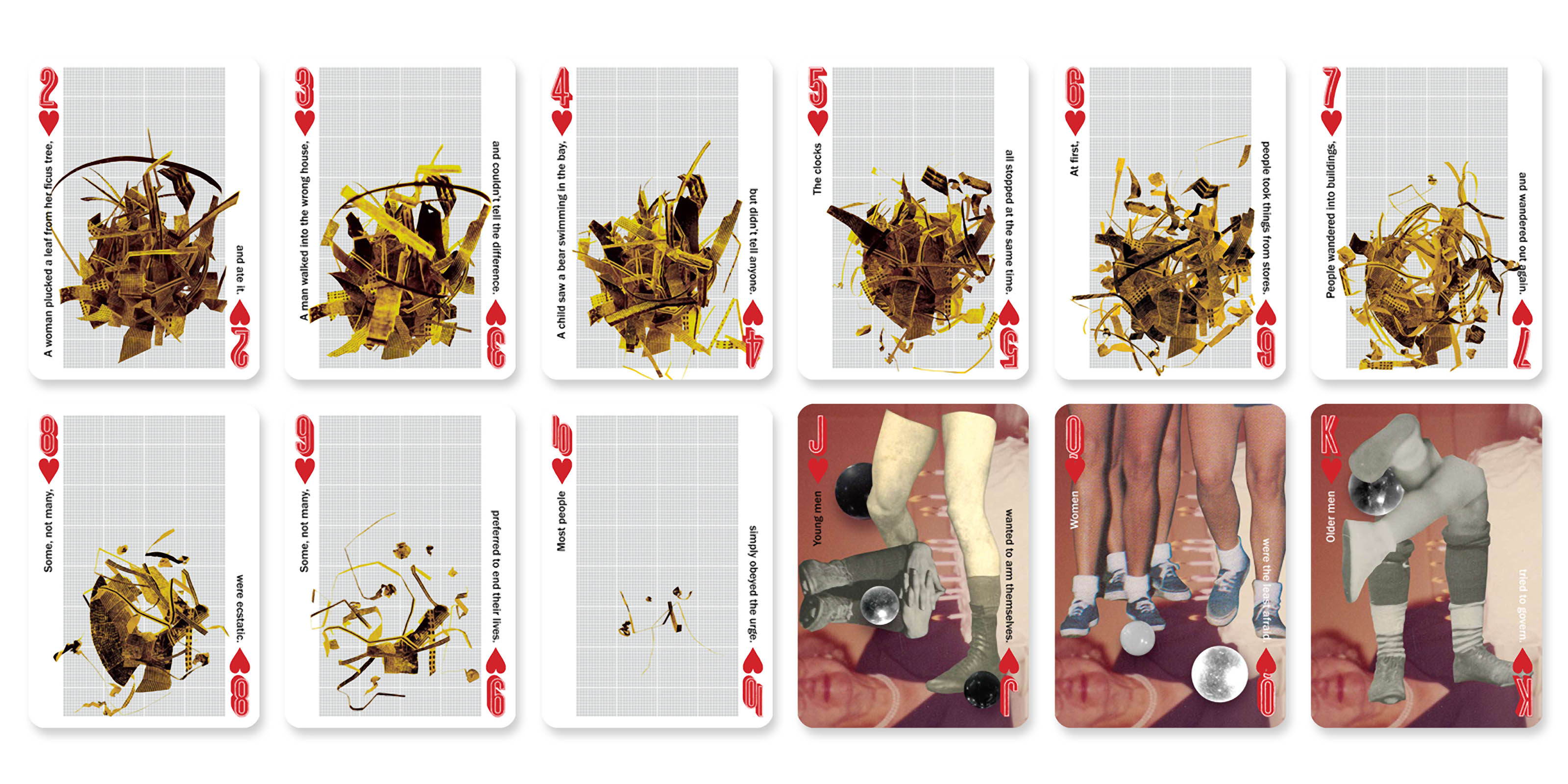 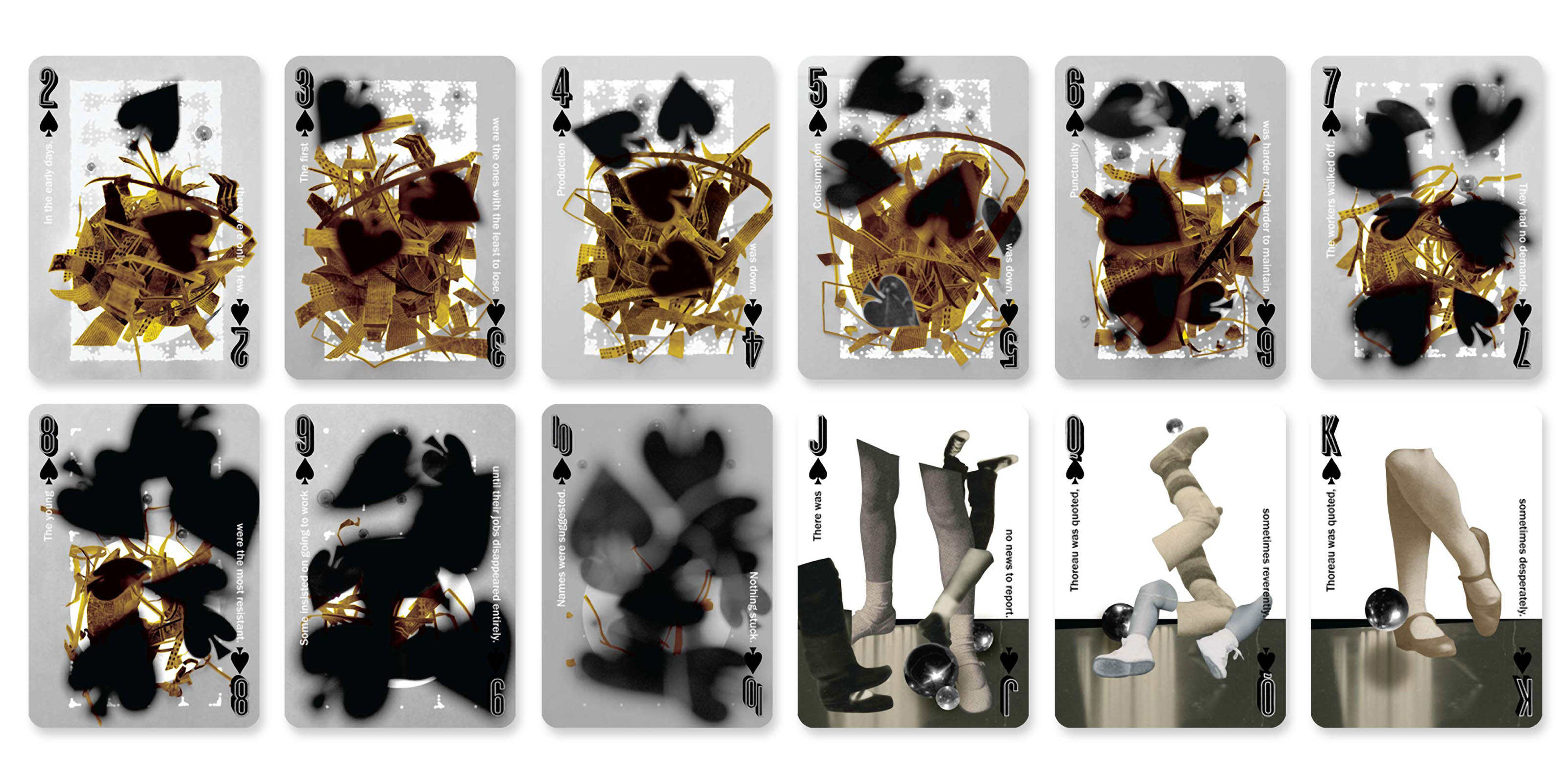 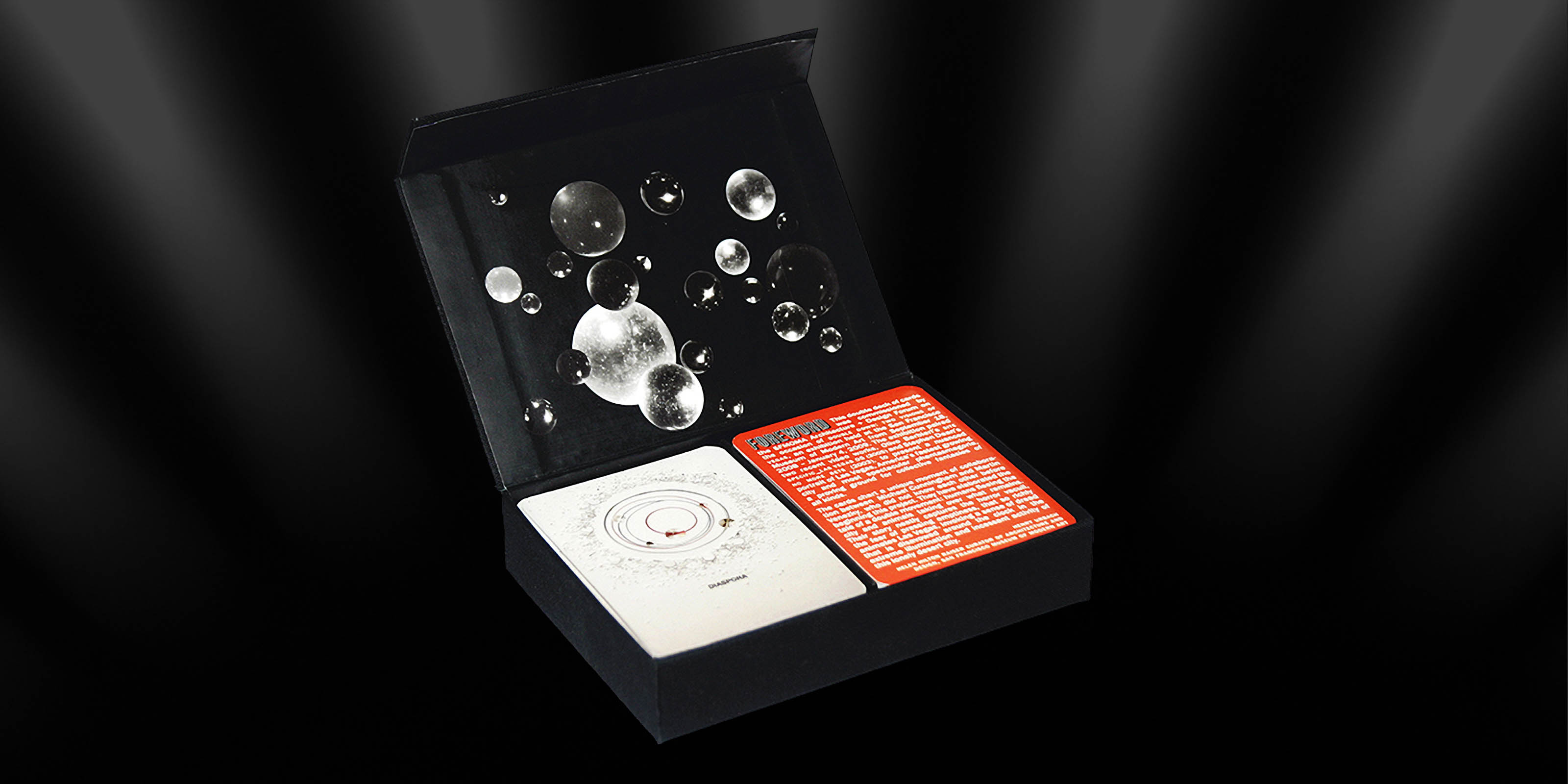 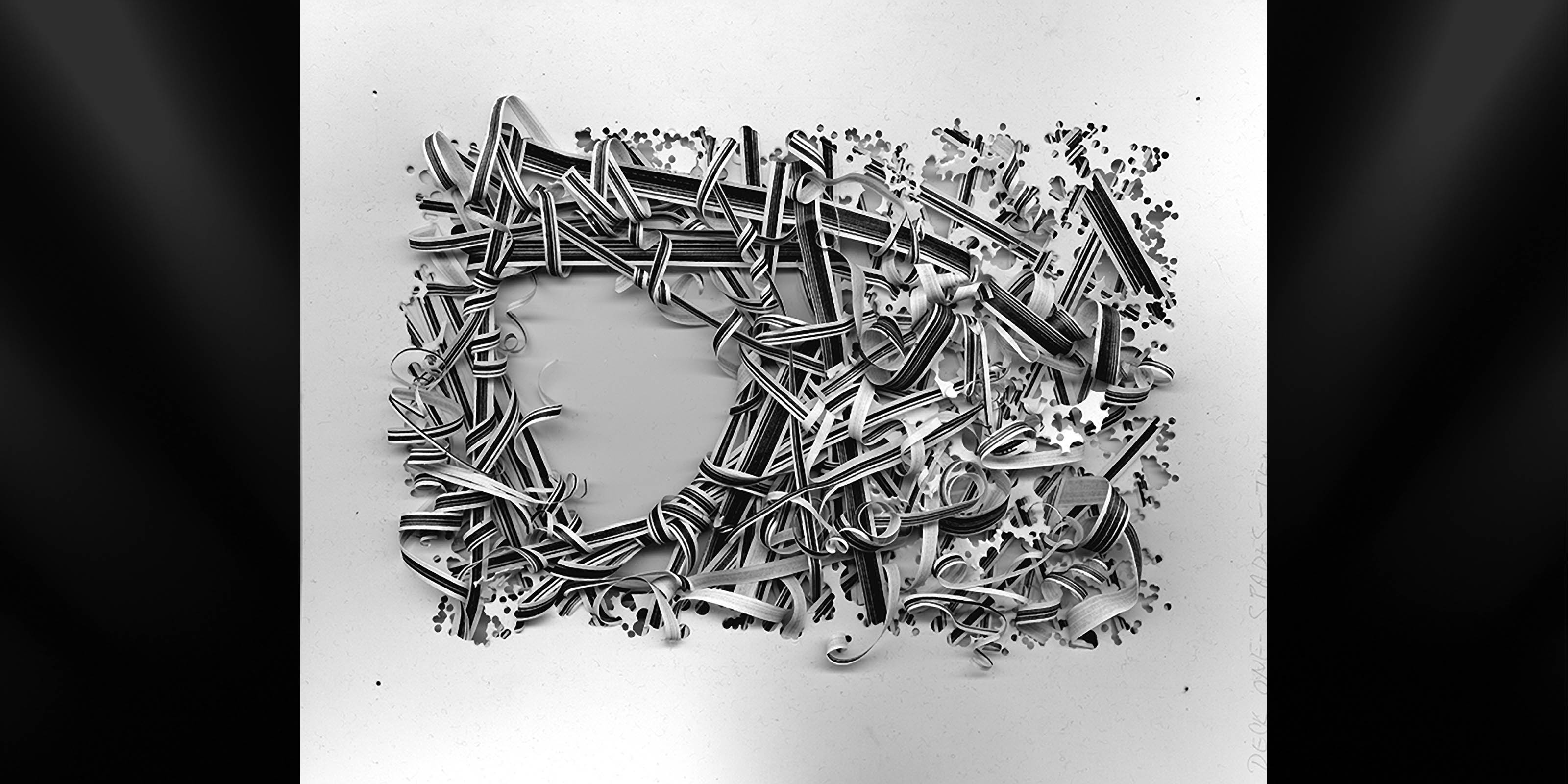 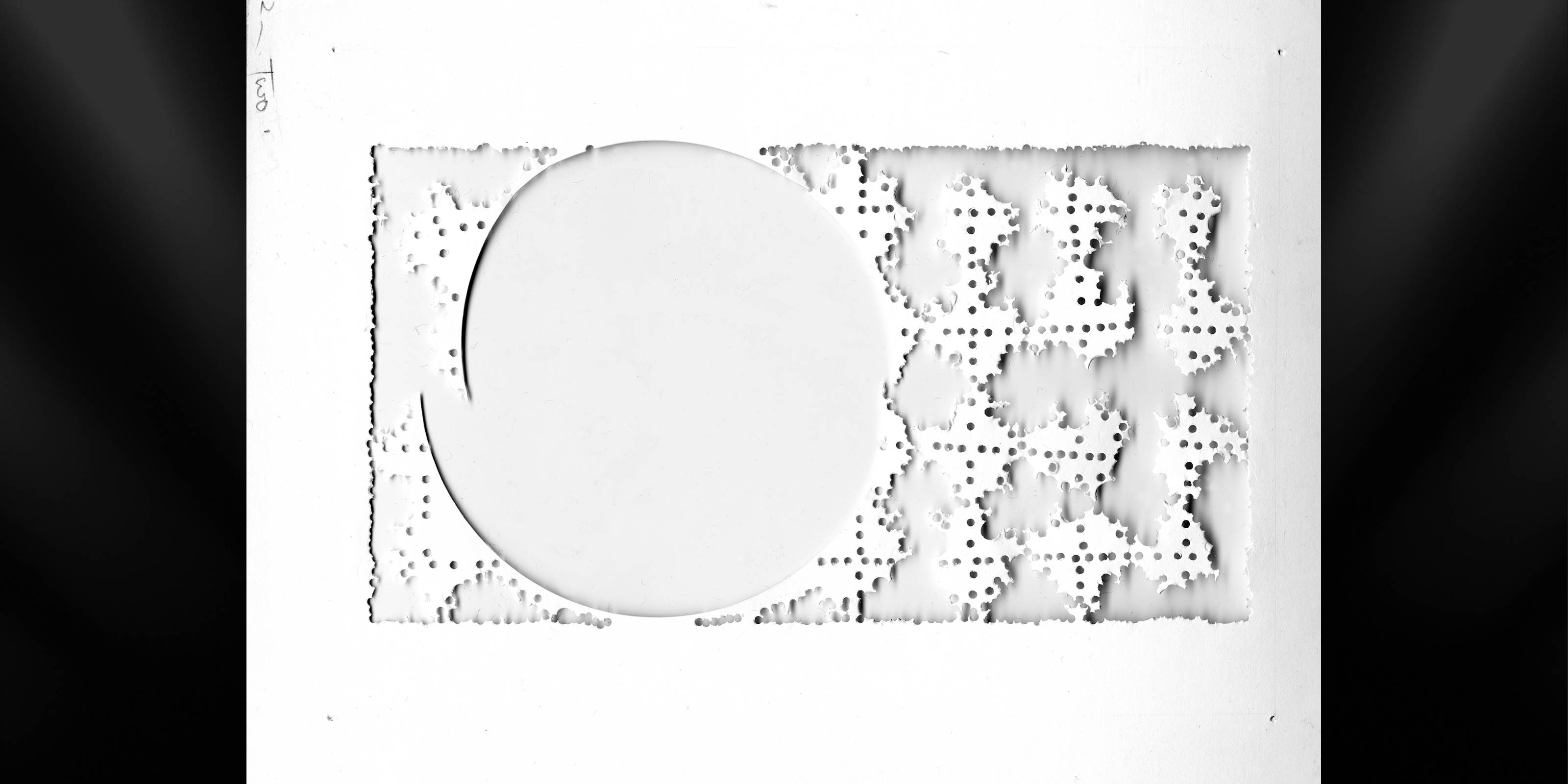 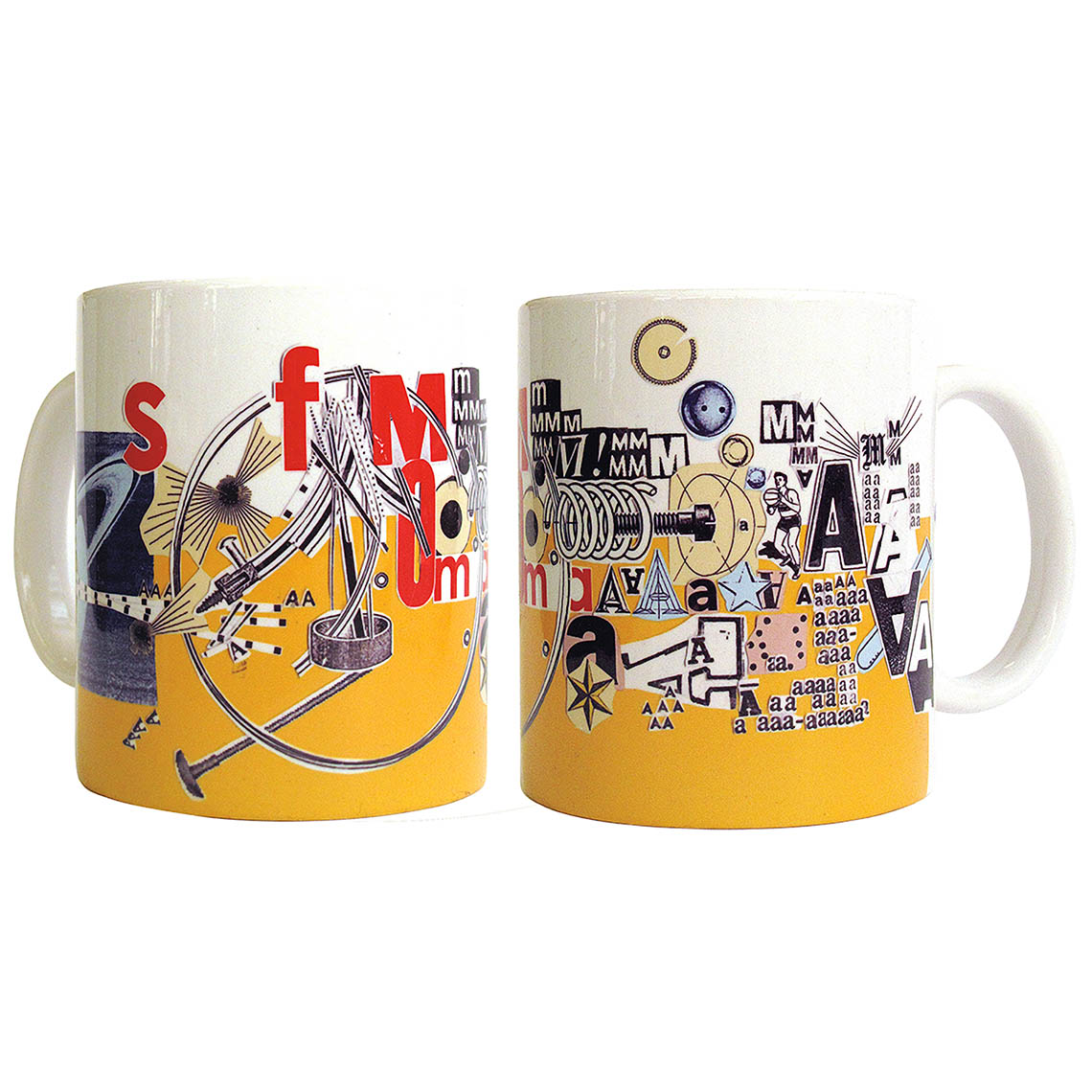 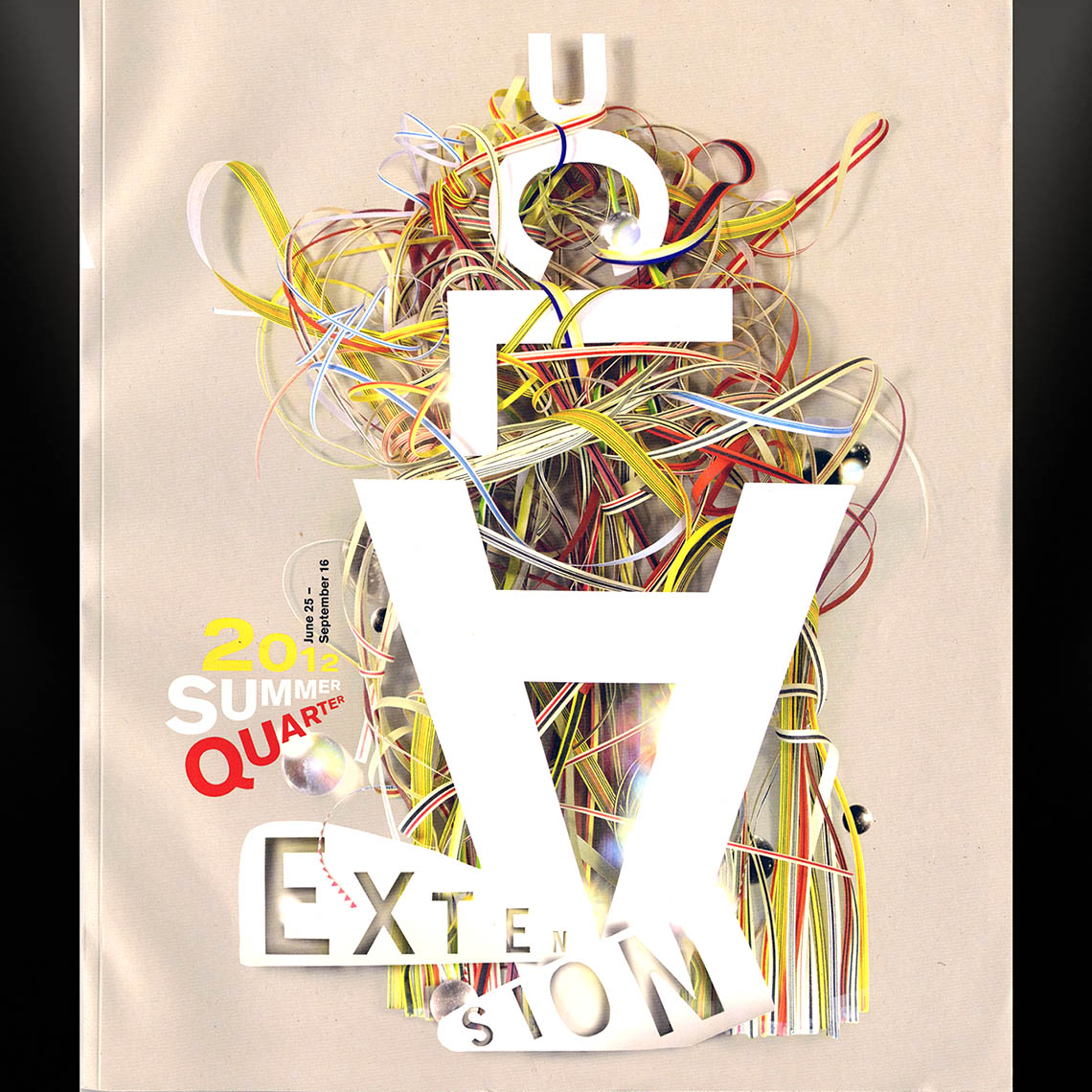