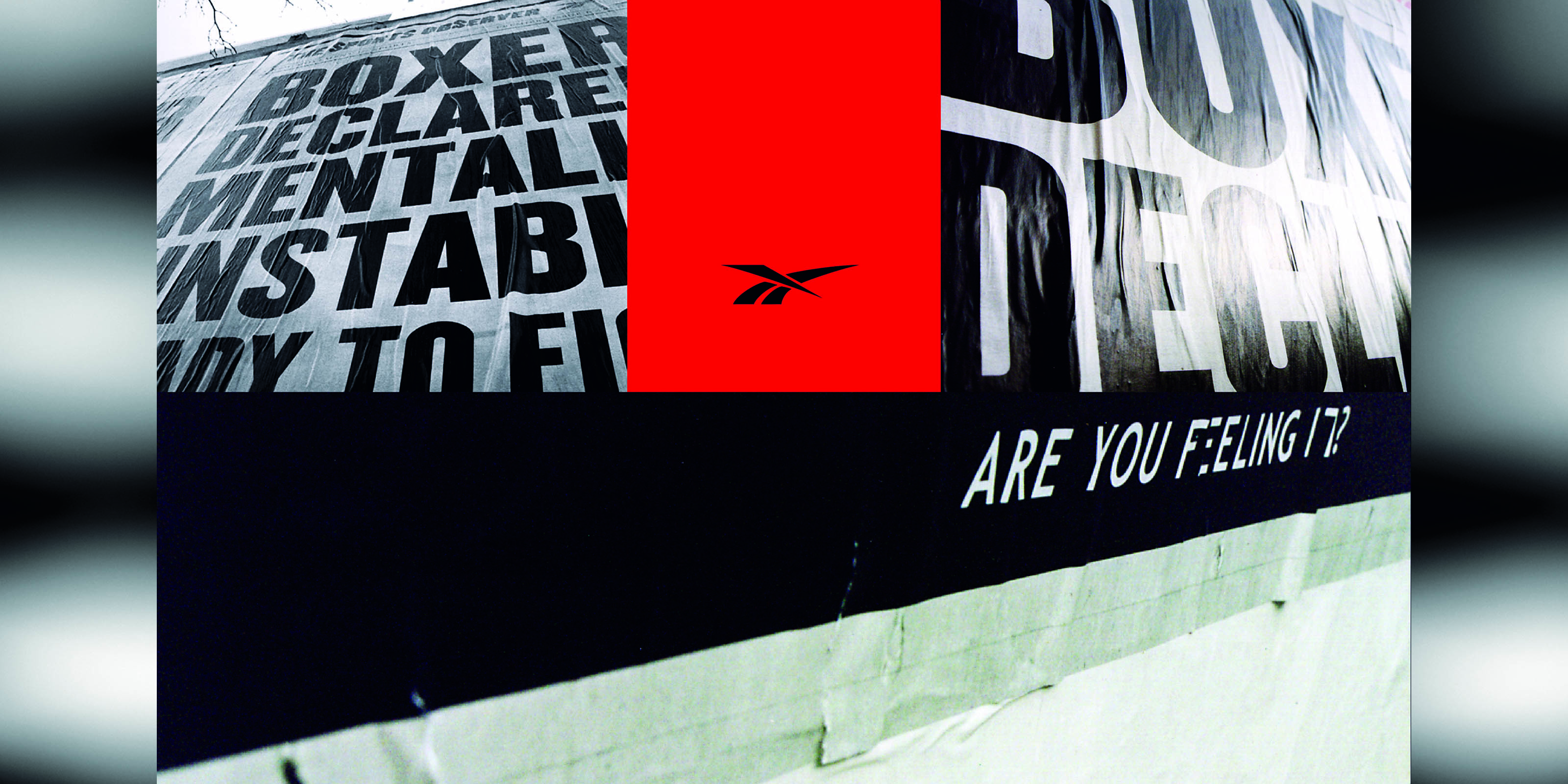 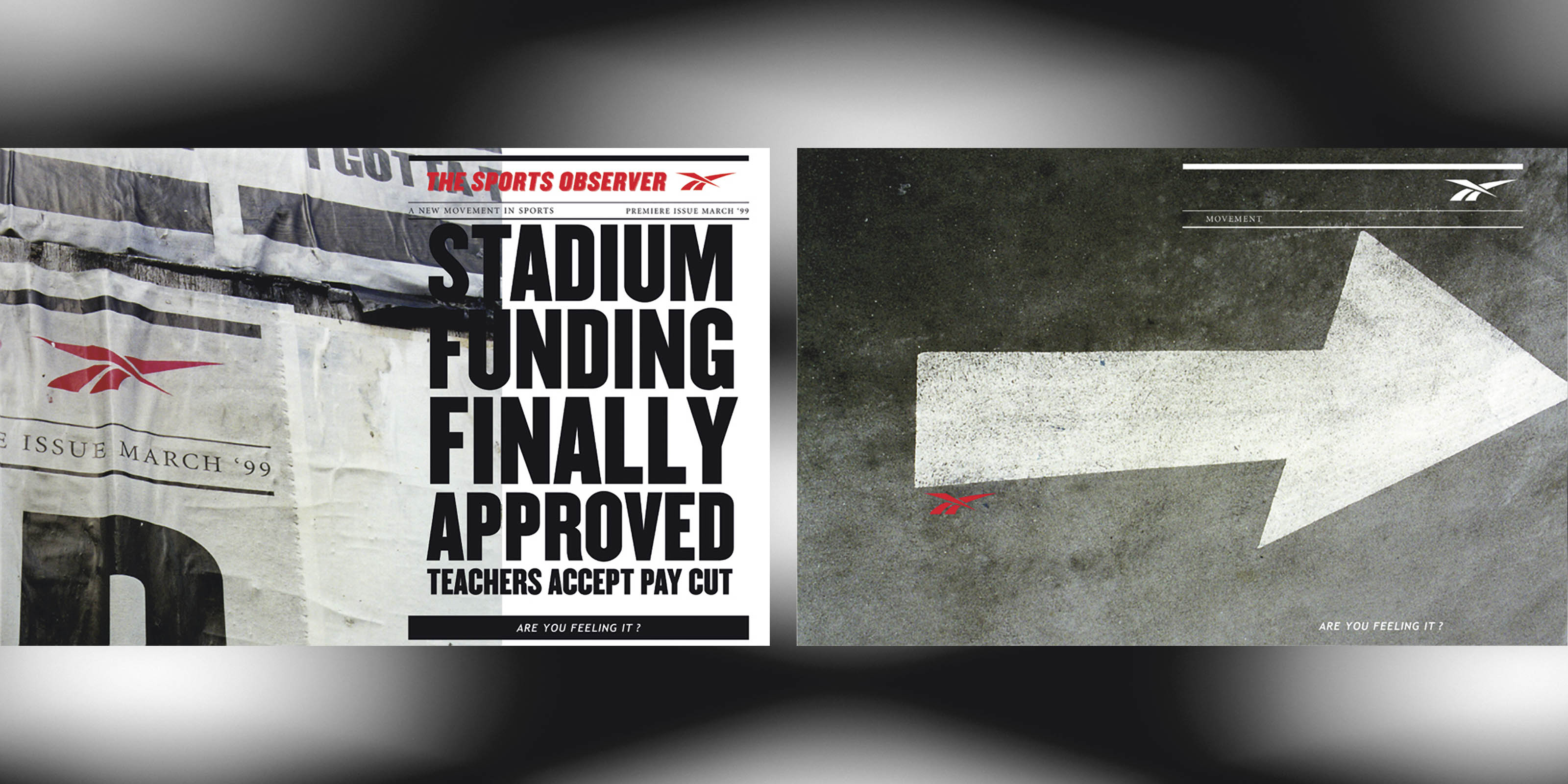 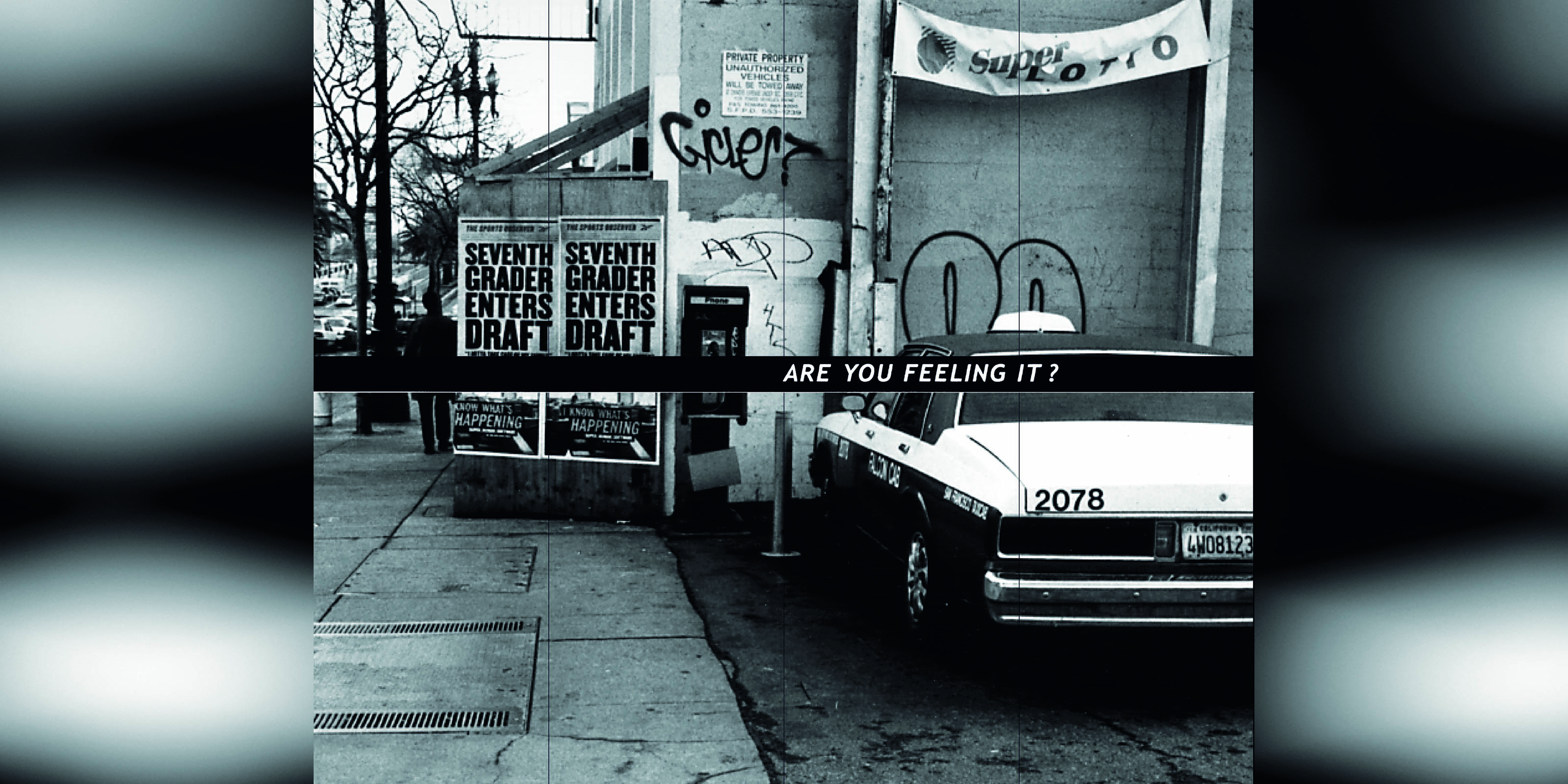 Reebok’s 1999 Supershow graphics centered around an already existing campaign, “Are You Feeling It?”. When the campaign appeared throughout San Francisco, on billboards and in wild postings, I grabbed my camera and began shooting the campaign as it actually appeared — crumbling in the rain, on overhead lit at night, with crowds passing in front, in grungy neighborhoods. These dramatic shots, many taken at extreme angles, were combined for the walls, booths, and desks, and a selection of the shots were also compiled into a tabloid newspaper to be given out on site.

Unfortunately, at the last minute, Reebok pulled out of the show and the graphics, complete and ready for print, were never realized. I still love the final, dramatic wall graphics and can only imagine how they might have felt towering in the exhibition space. 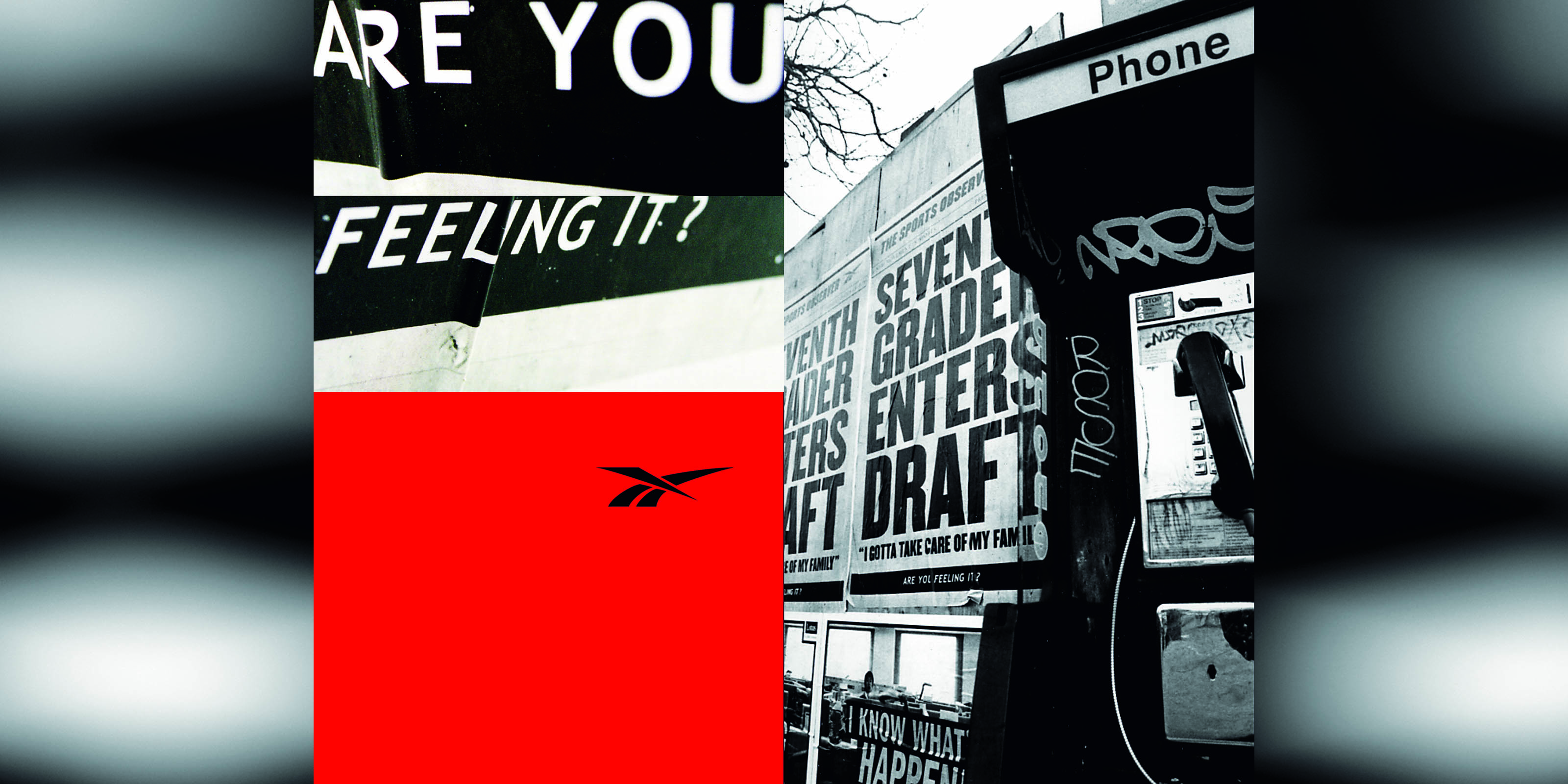 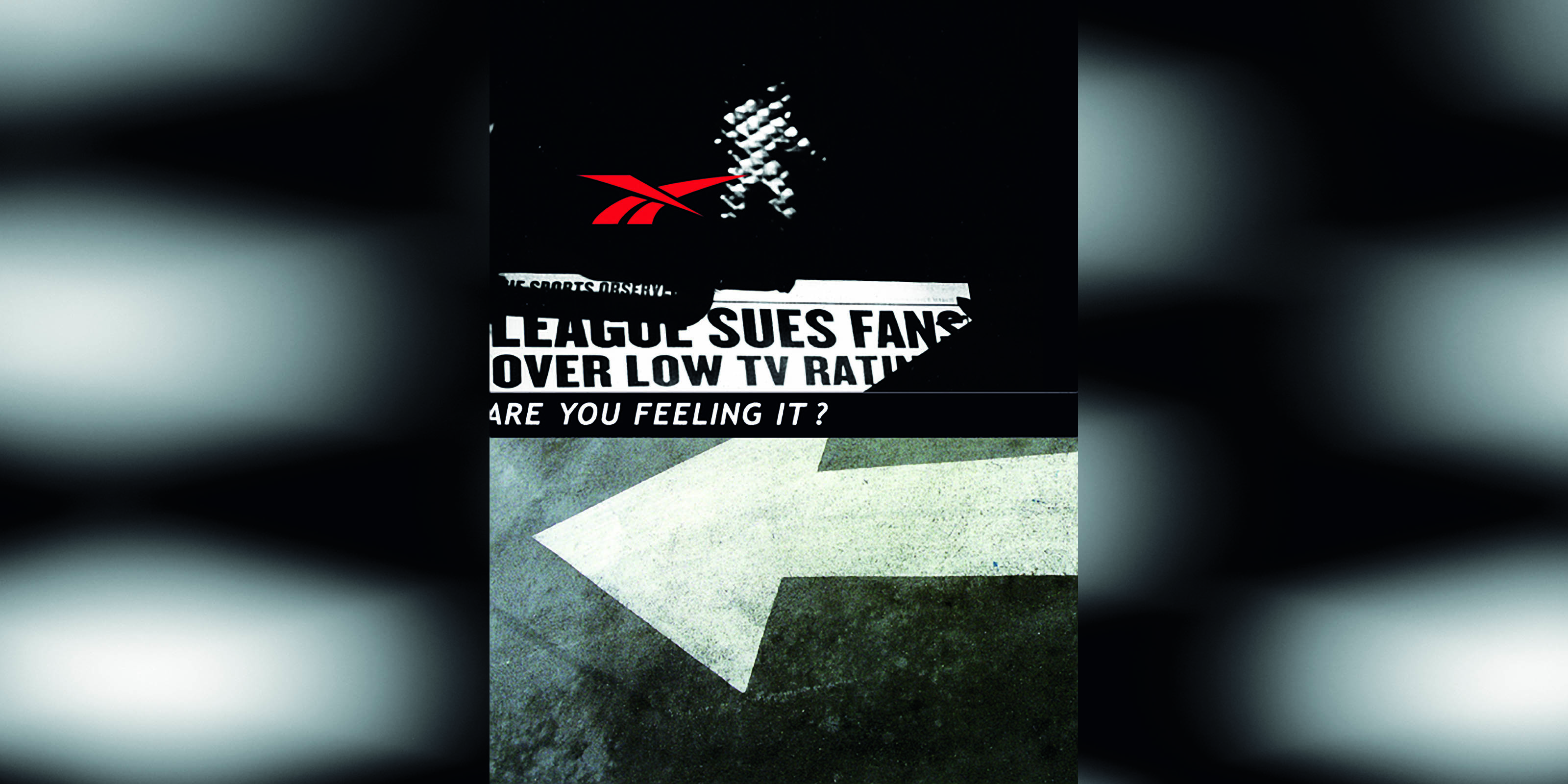 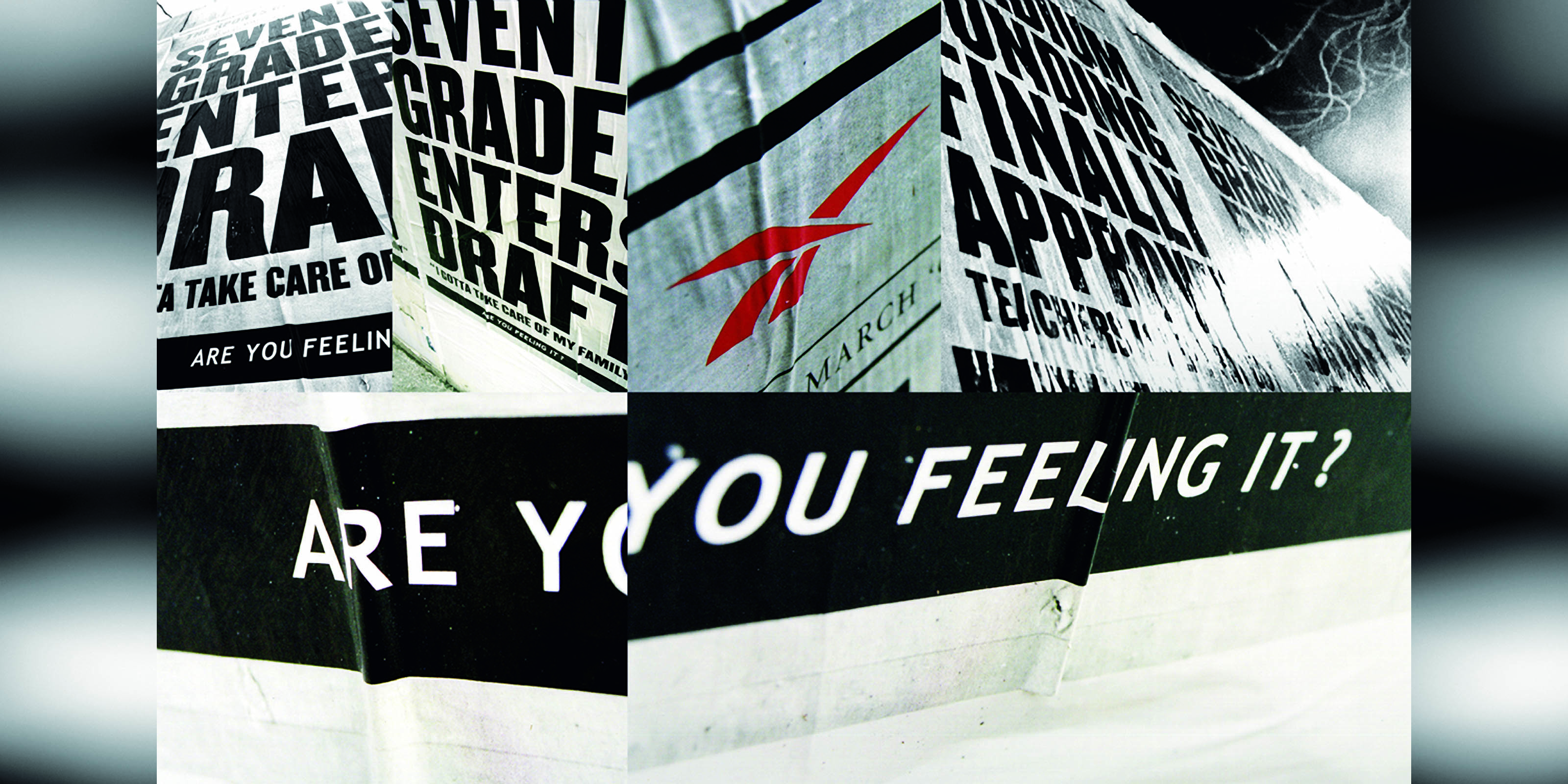 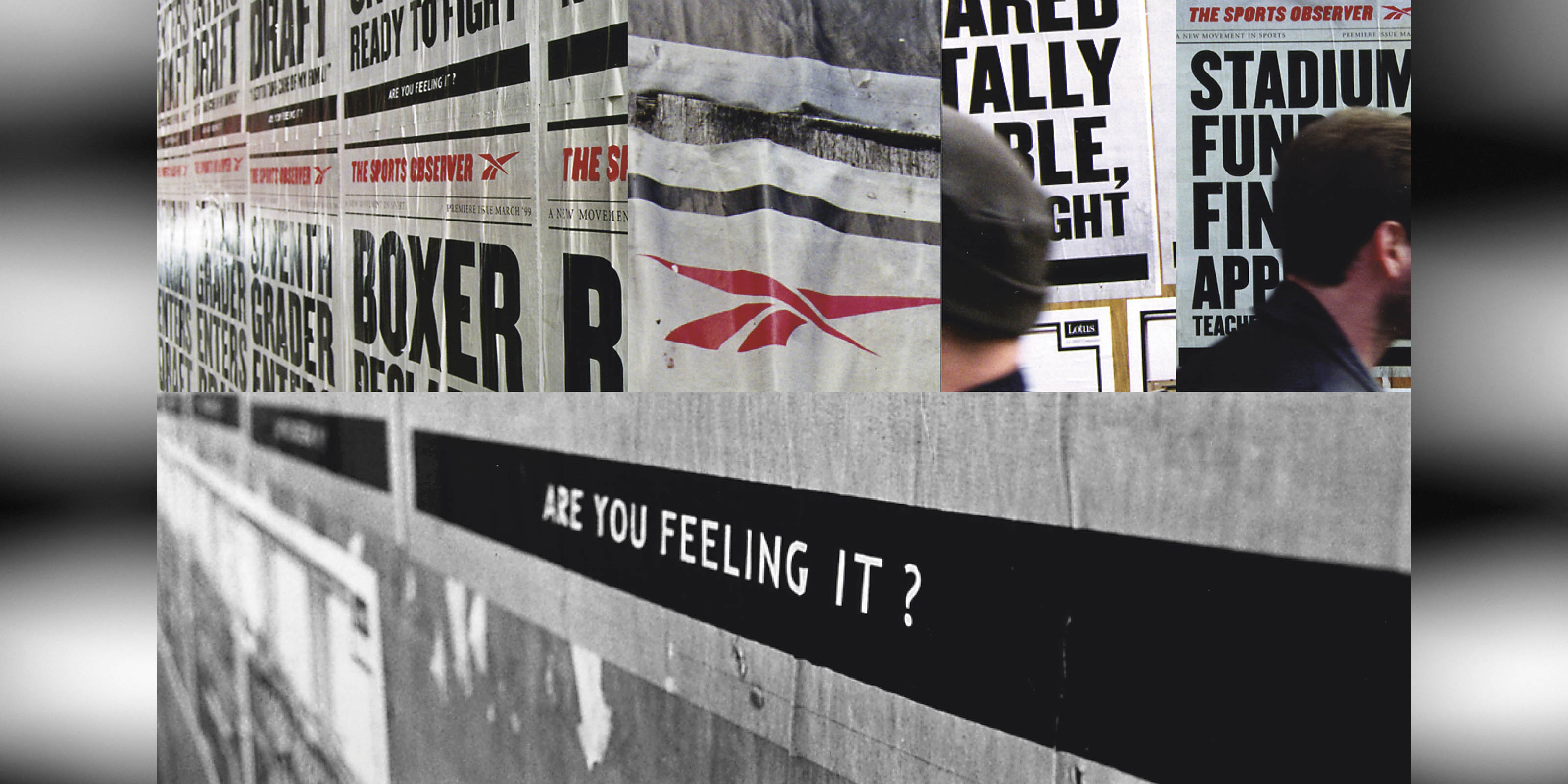 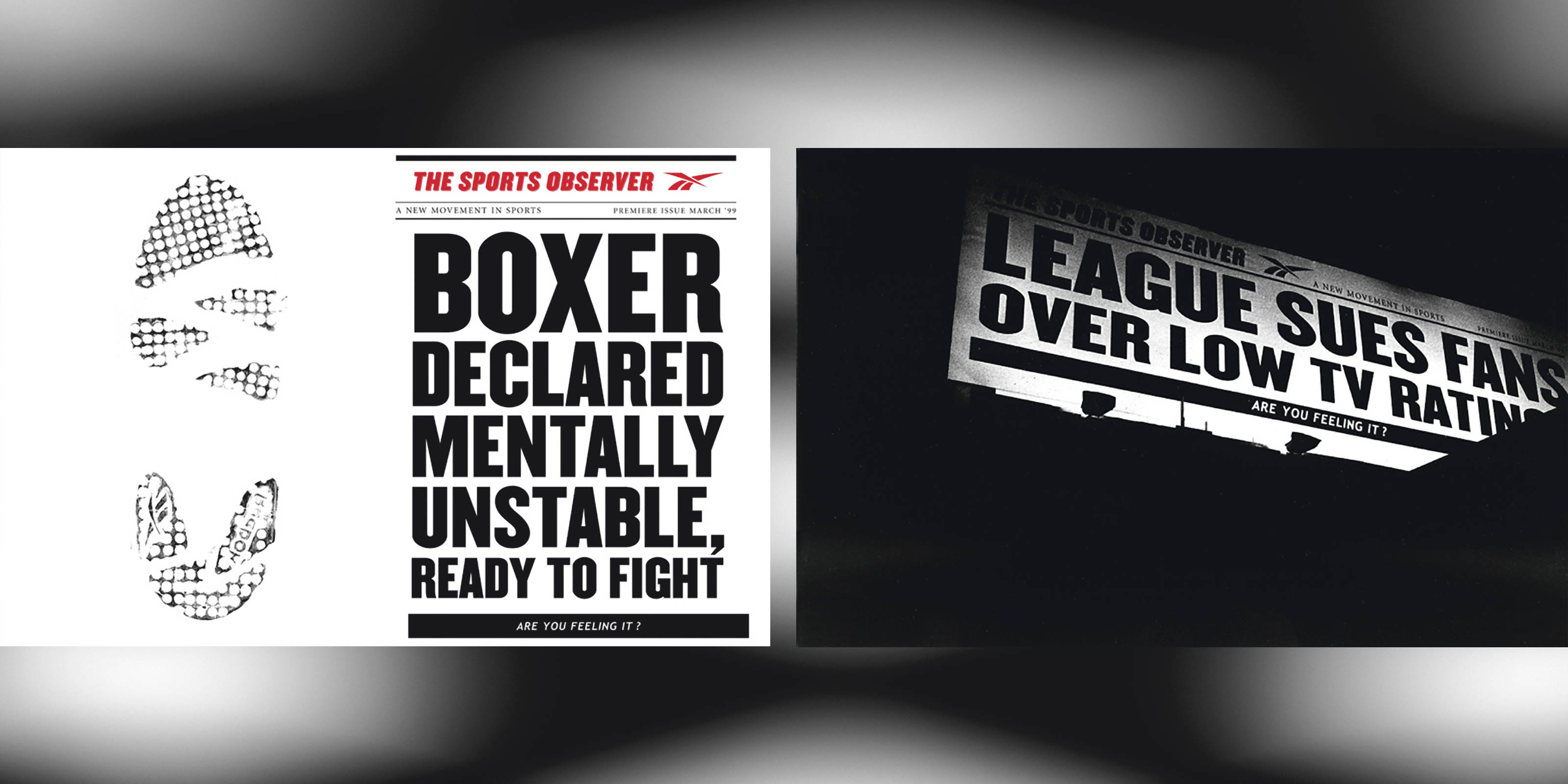 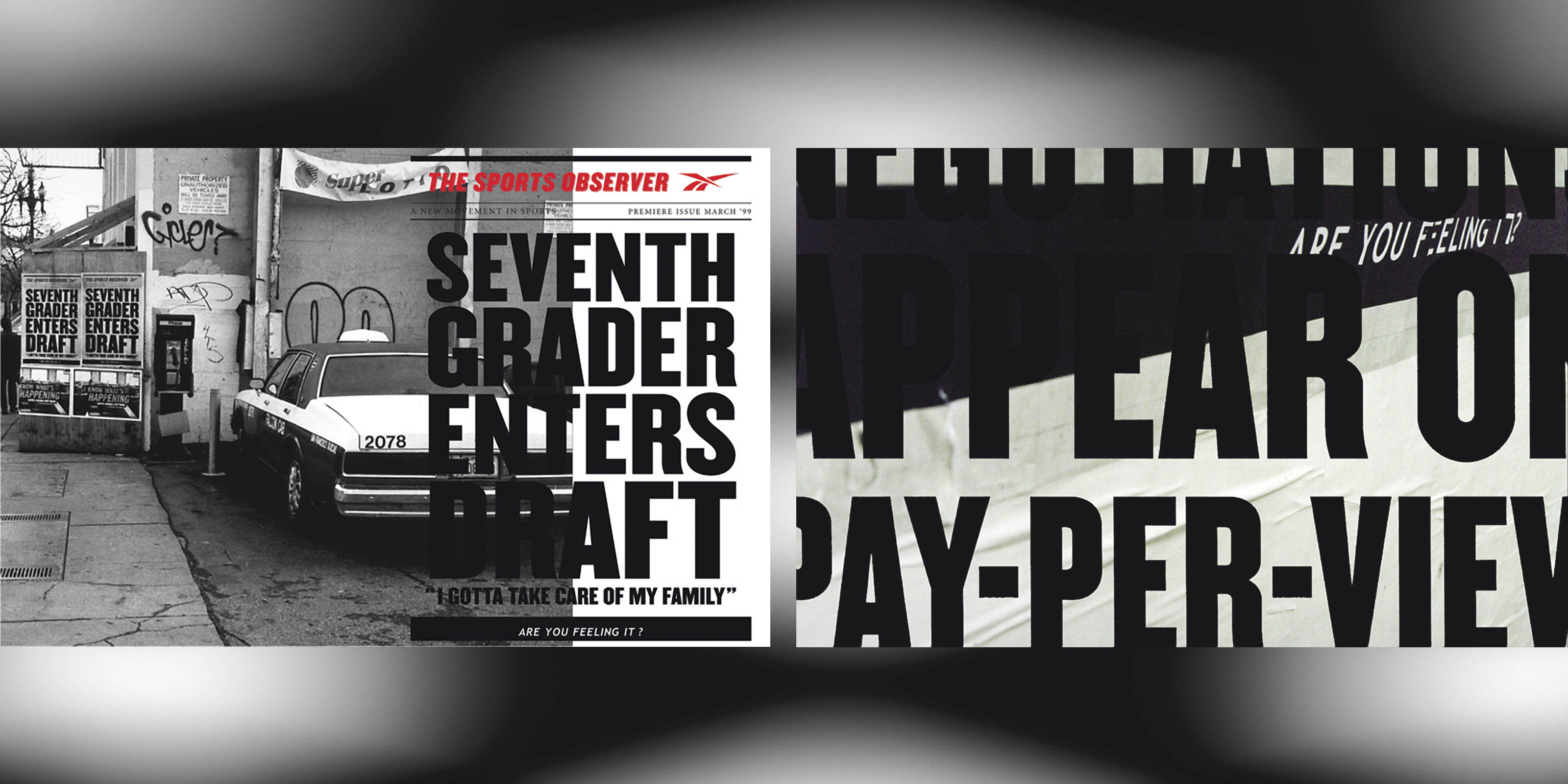 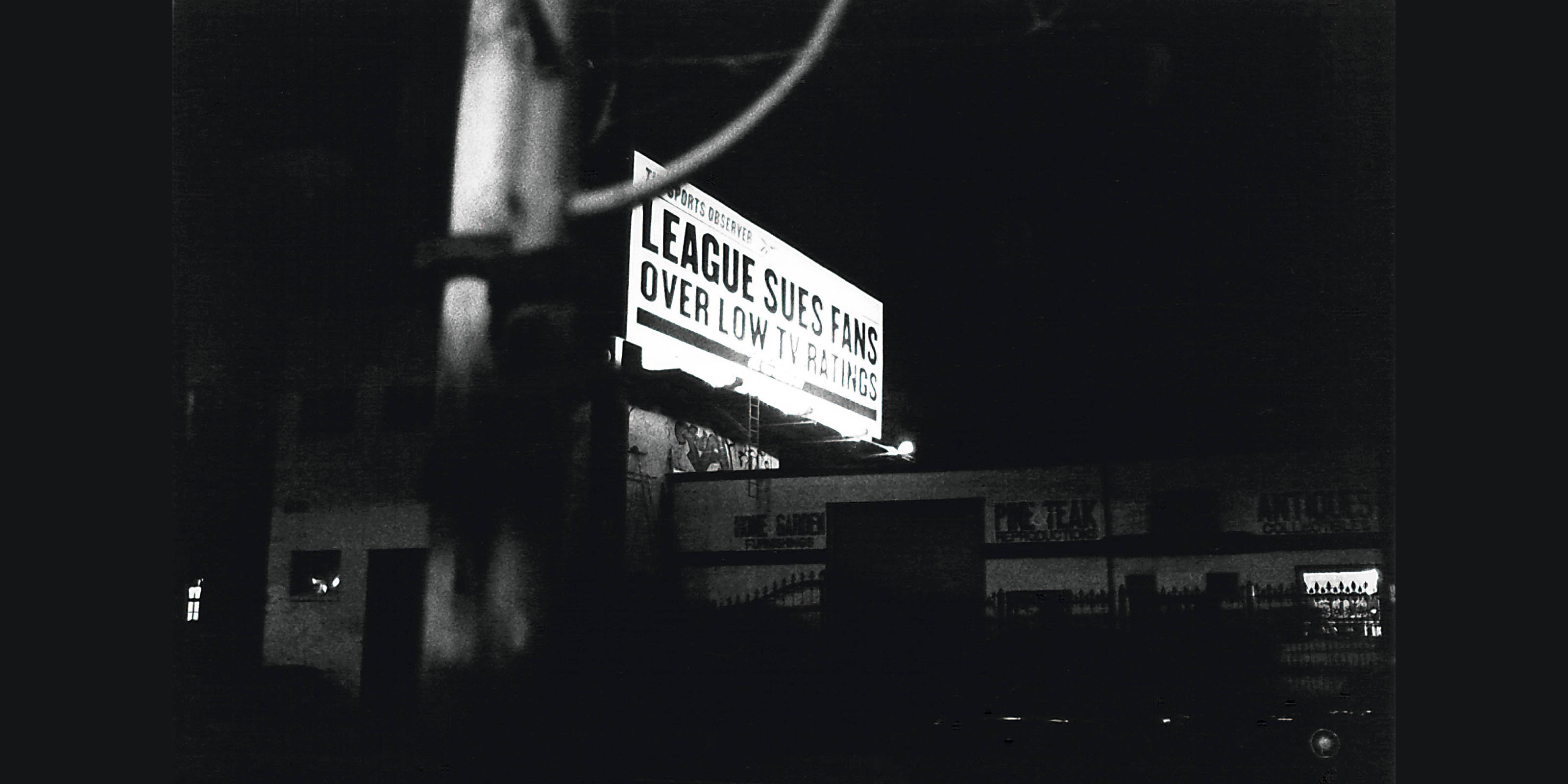 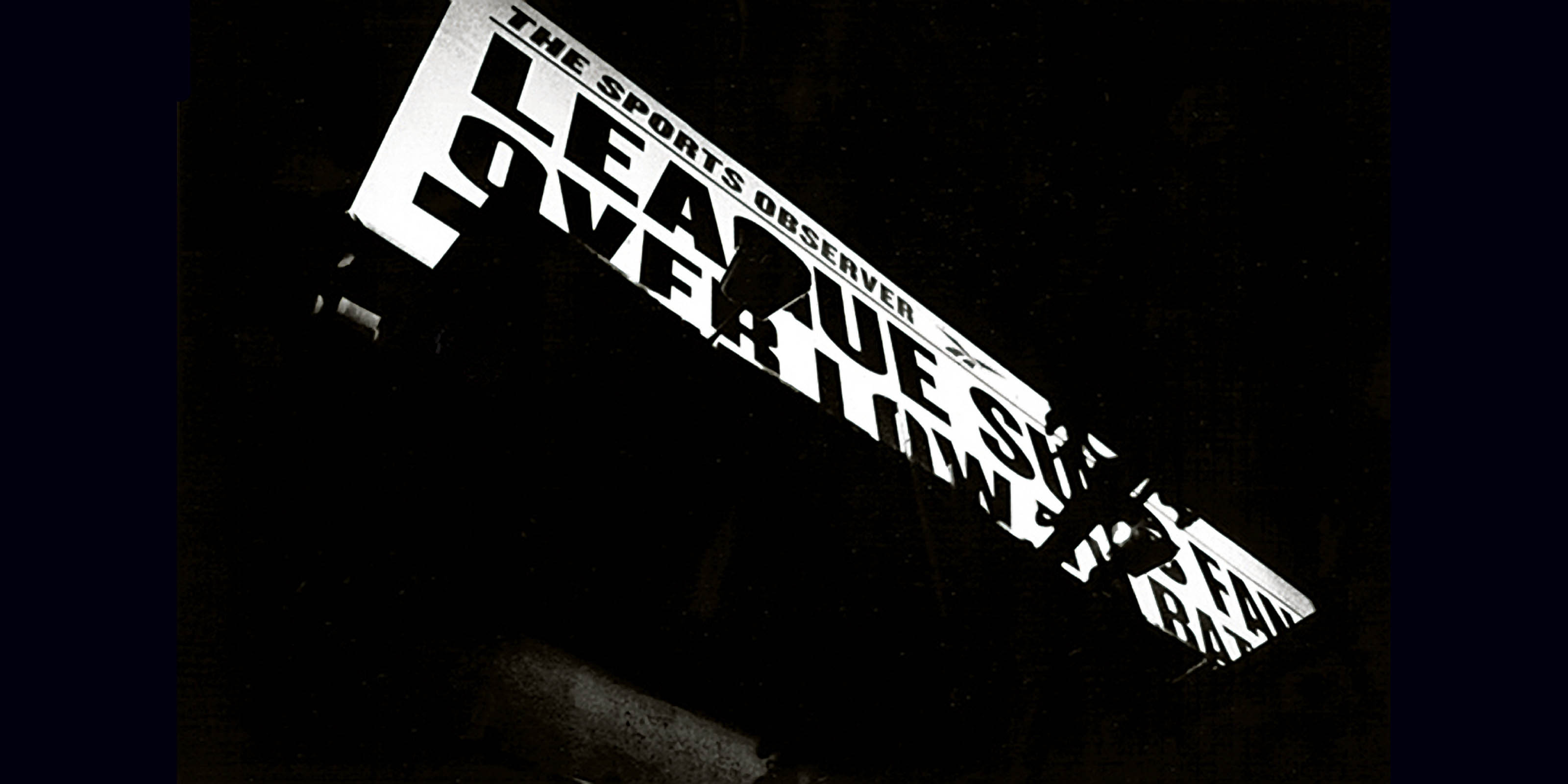 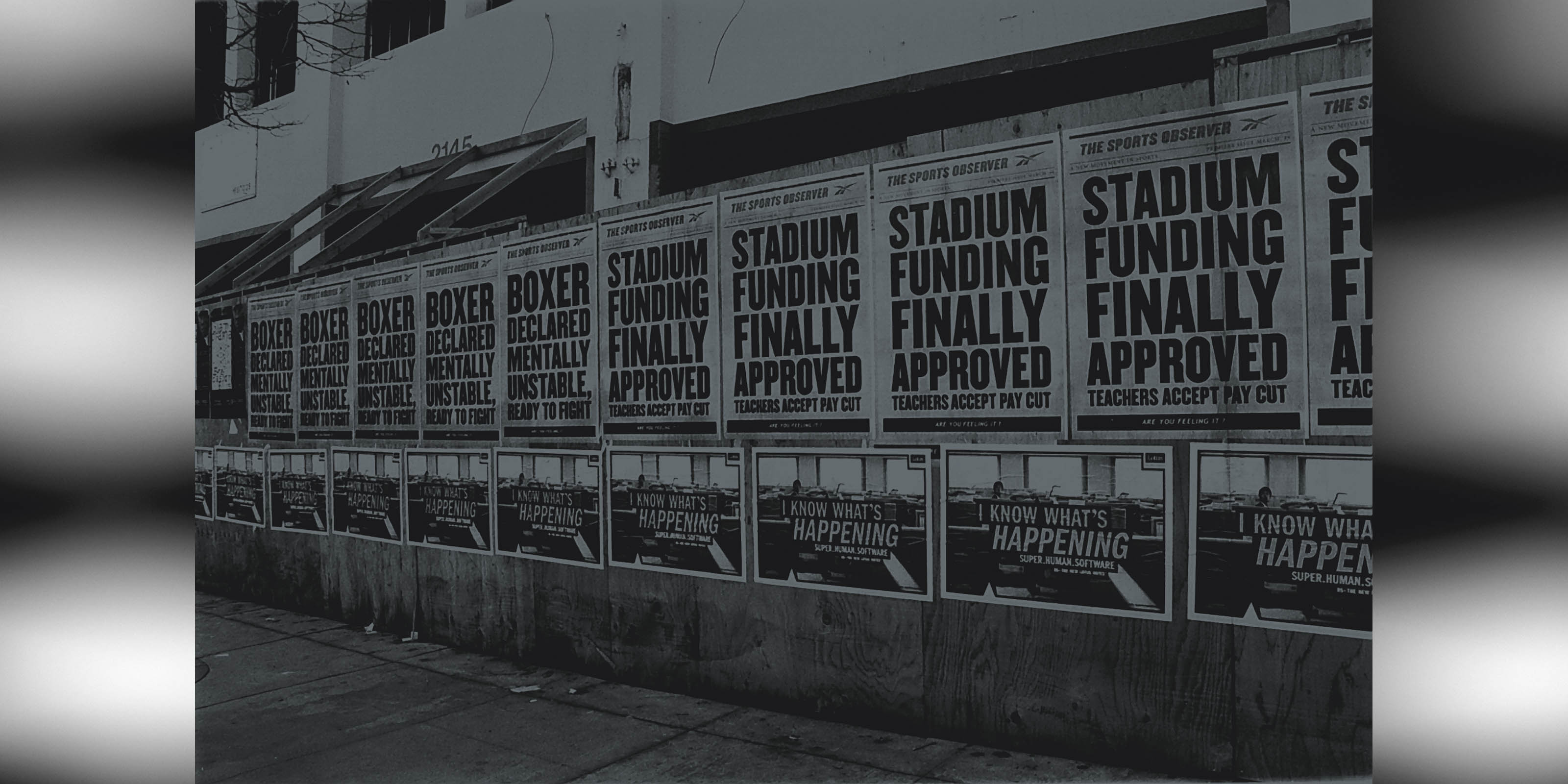