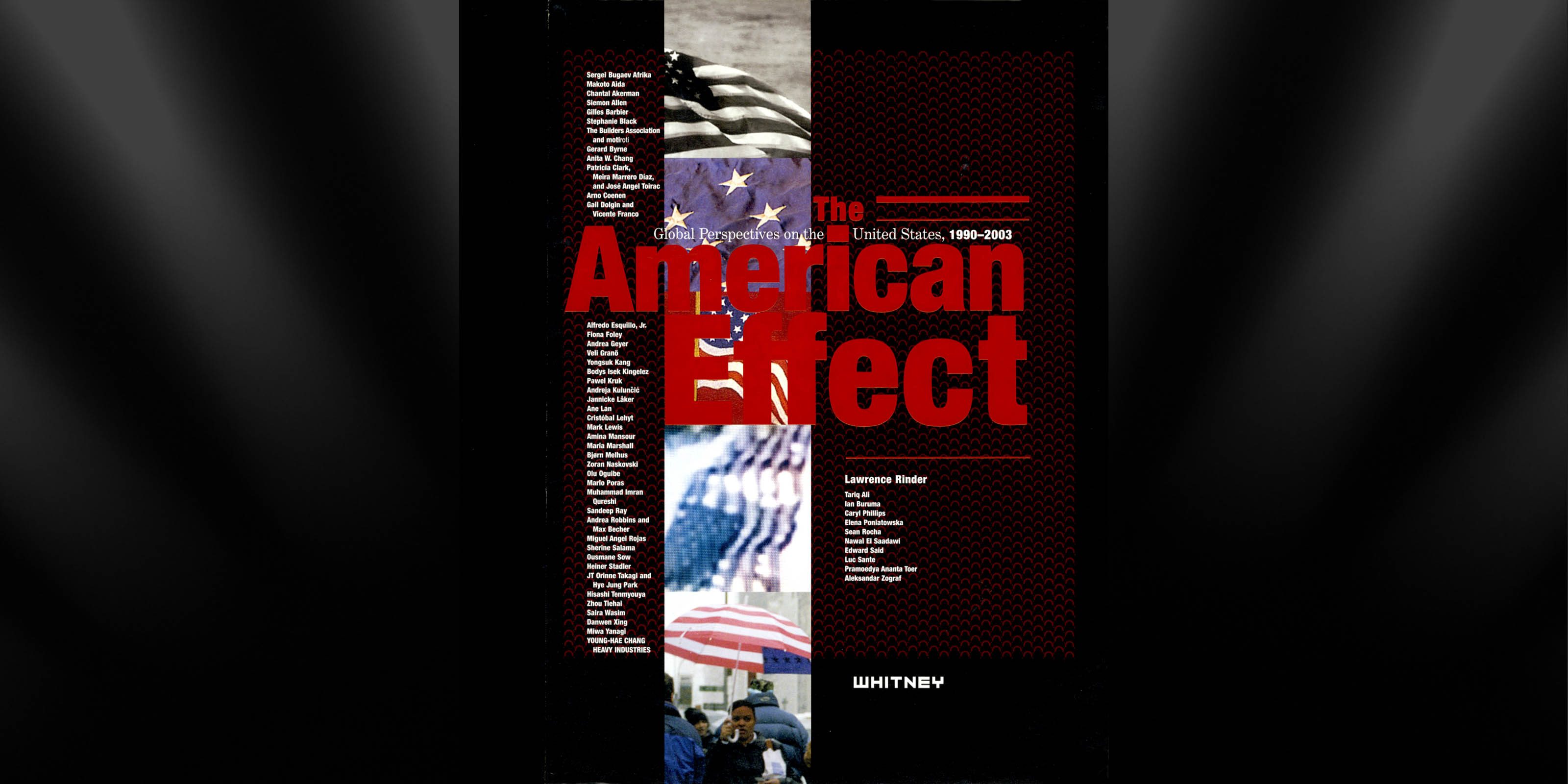 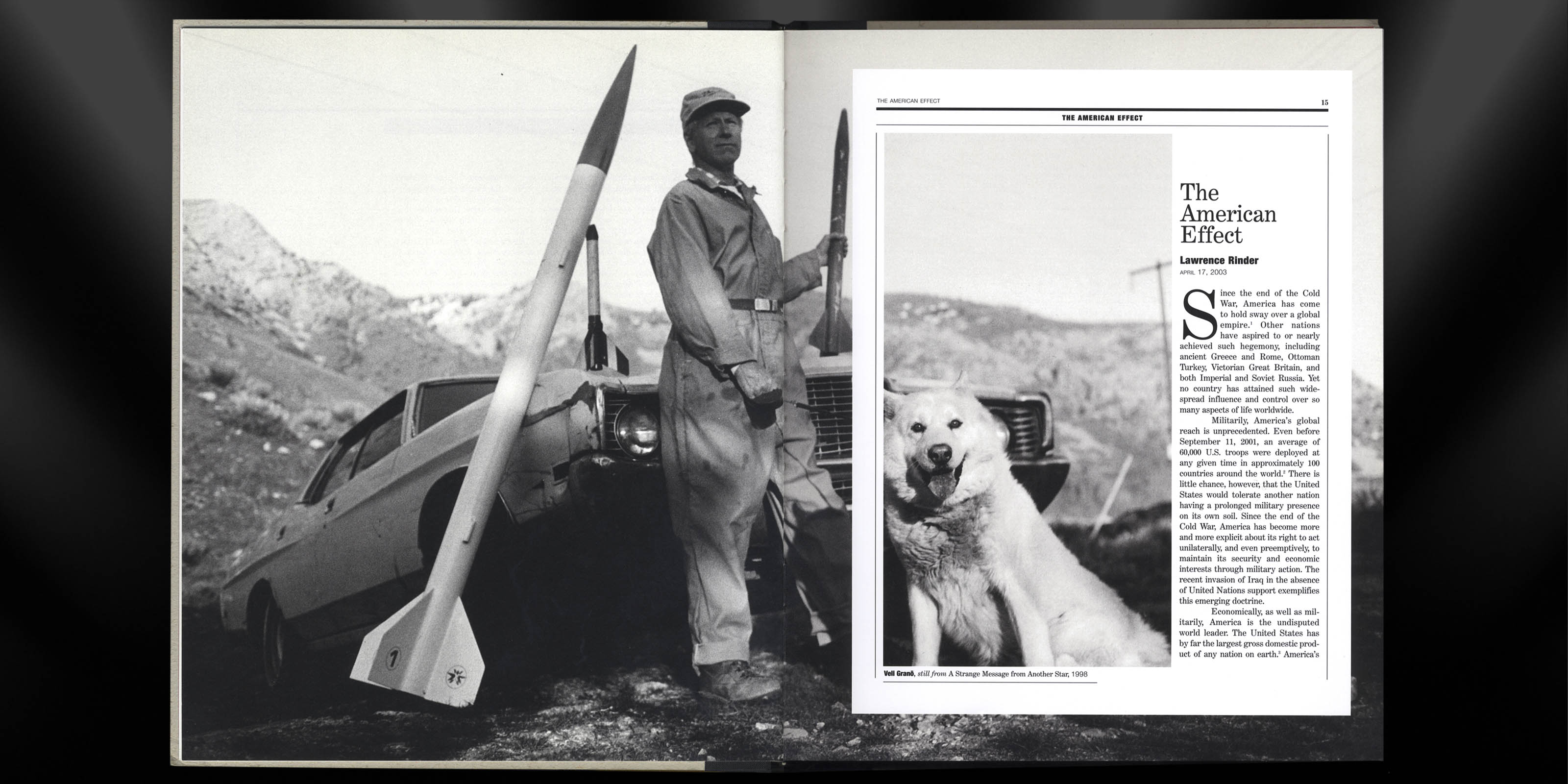 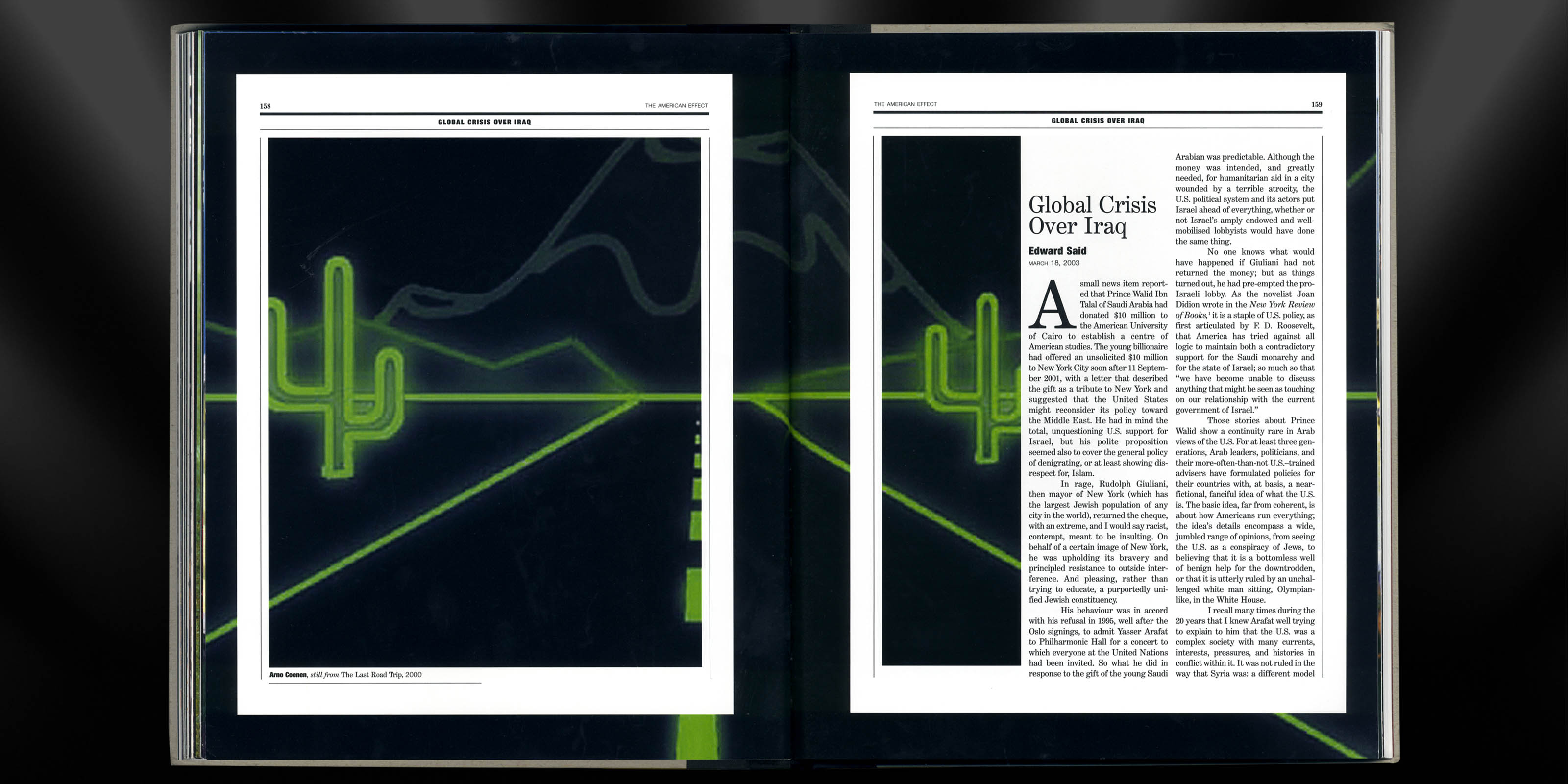 THE WHITNEY MUSEUM OF AMERICAN ART mounted a provocative survey of world views on the United States at a time when charges of imperialism were clashing with hysterical flag waving. The artwork itself was often subtle and reflective, combining resentment with longing. The timeliness of the exhibition convinced me to make the newspaper motif into a real frame as well as an undeniable frame of reference. Sometimes the pictures stay within their proscribed newspaper boundary, but other times they flow out past the paper to the edges of the book.

When a catalog provides more than just a visual record of an exhibition, its value rises immeasurably. Beyond the newsworthiness of this show, the importance of “frame of reference” and “context” was critical to the artworks’ interpretation. The frames that I created work extra hard to serve as both a visual reference and an interpretive device. The unusual number of essays, and their unusually provocative tone gave a textual voice to the artwork, even though none of the works are directly referenced. The pairings between image and essay had to be carefully arranged, and the rules and frames had to be flexible enough to disappear when necessary or dominate the page when the opportunity presented itself.

By working directly with several of the artists, as well as the curator, Lawrence Rinder, we were able to secure extra material that enhanced the catalog. Some of the digital time-based projects are presented here as a complete collection of frames. And one artist whose filmwork is included in the exhibition provided us with dupes on actual film stock — a rare treat that made an especially beautiful page.

THE AMERICAN EFFECT: GLOBAL PERSPECTIVES ON THE UNITED STATES, 1990–2003 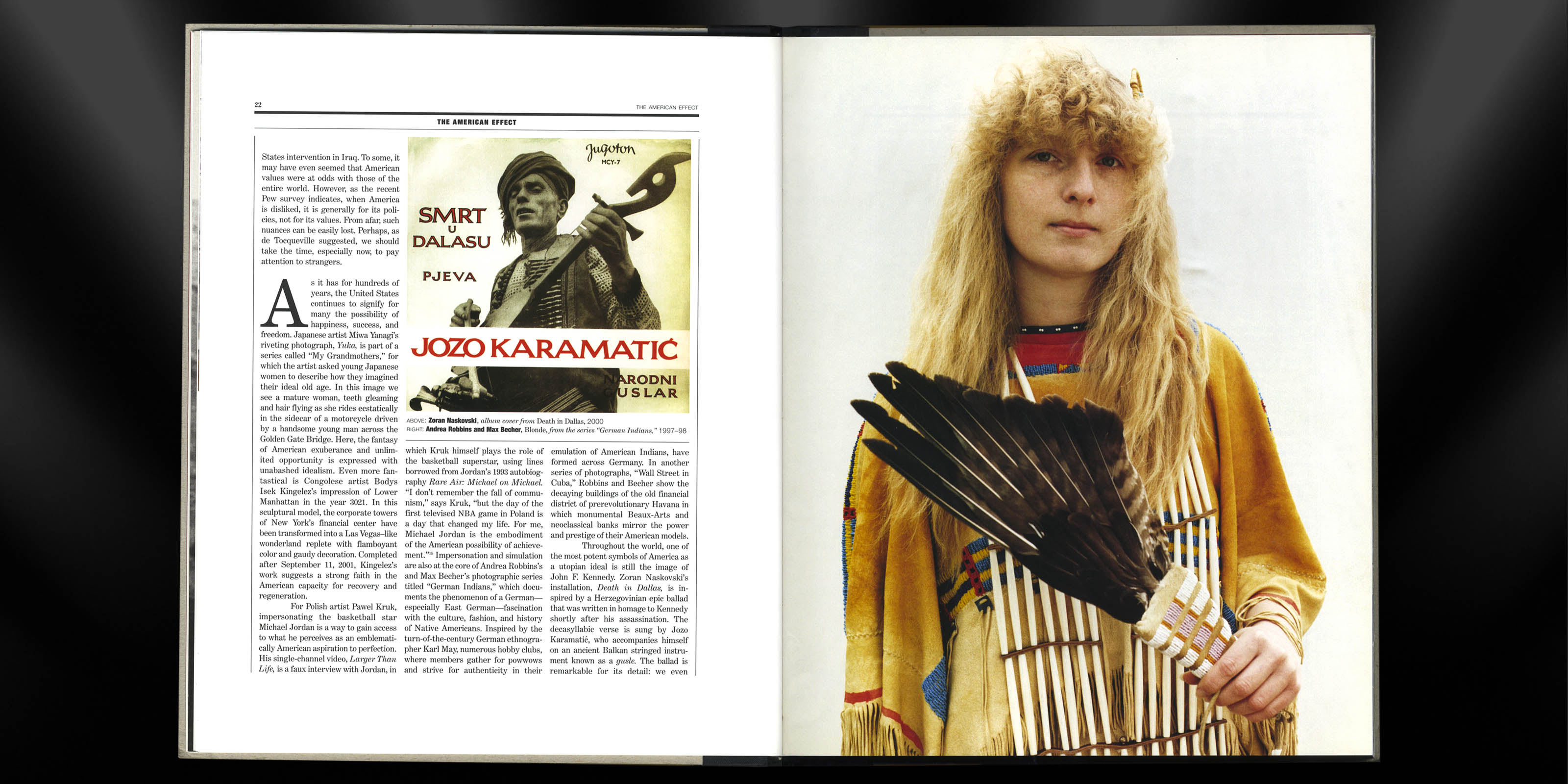 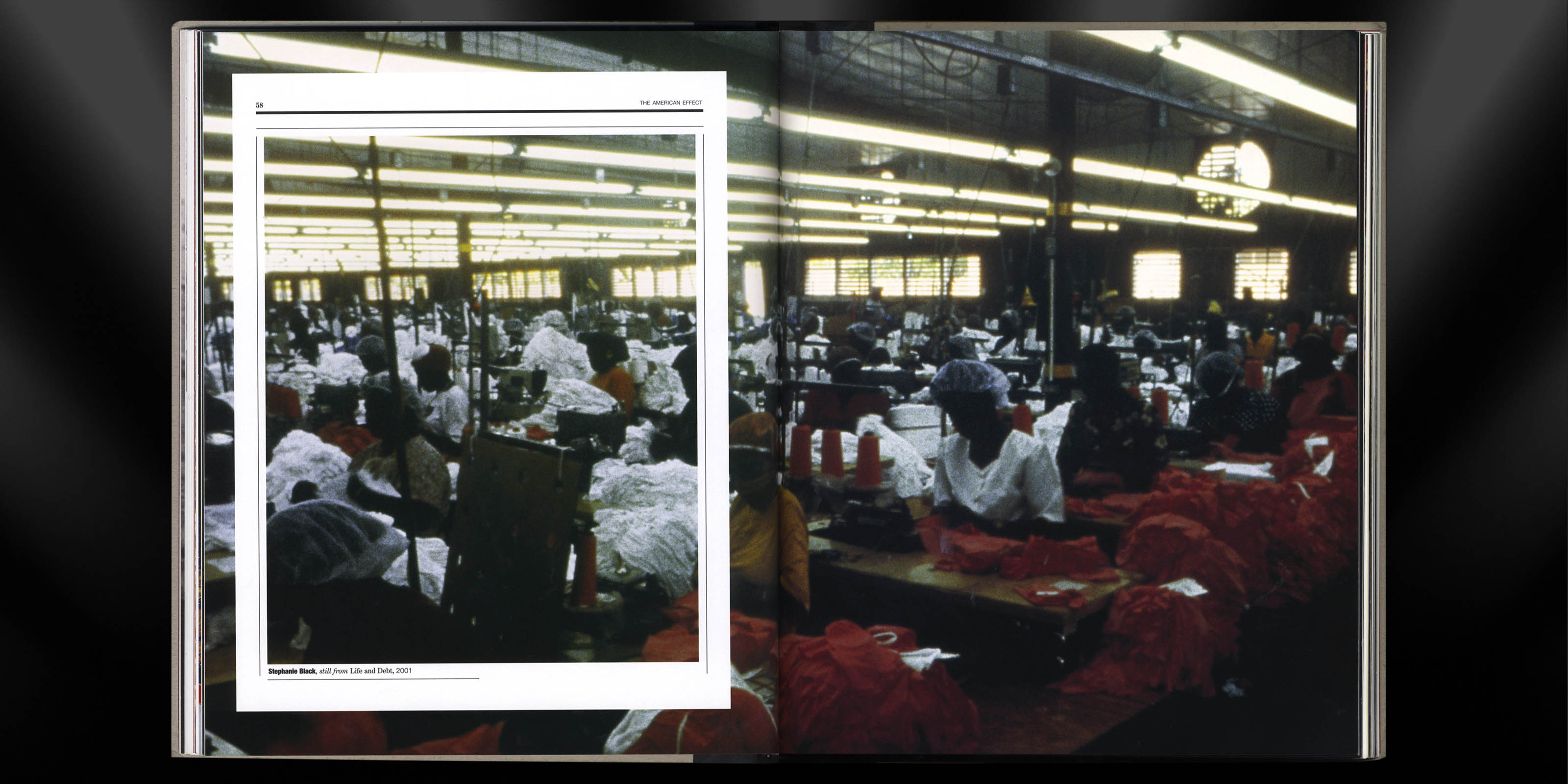 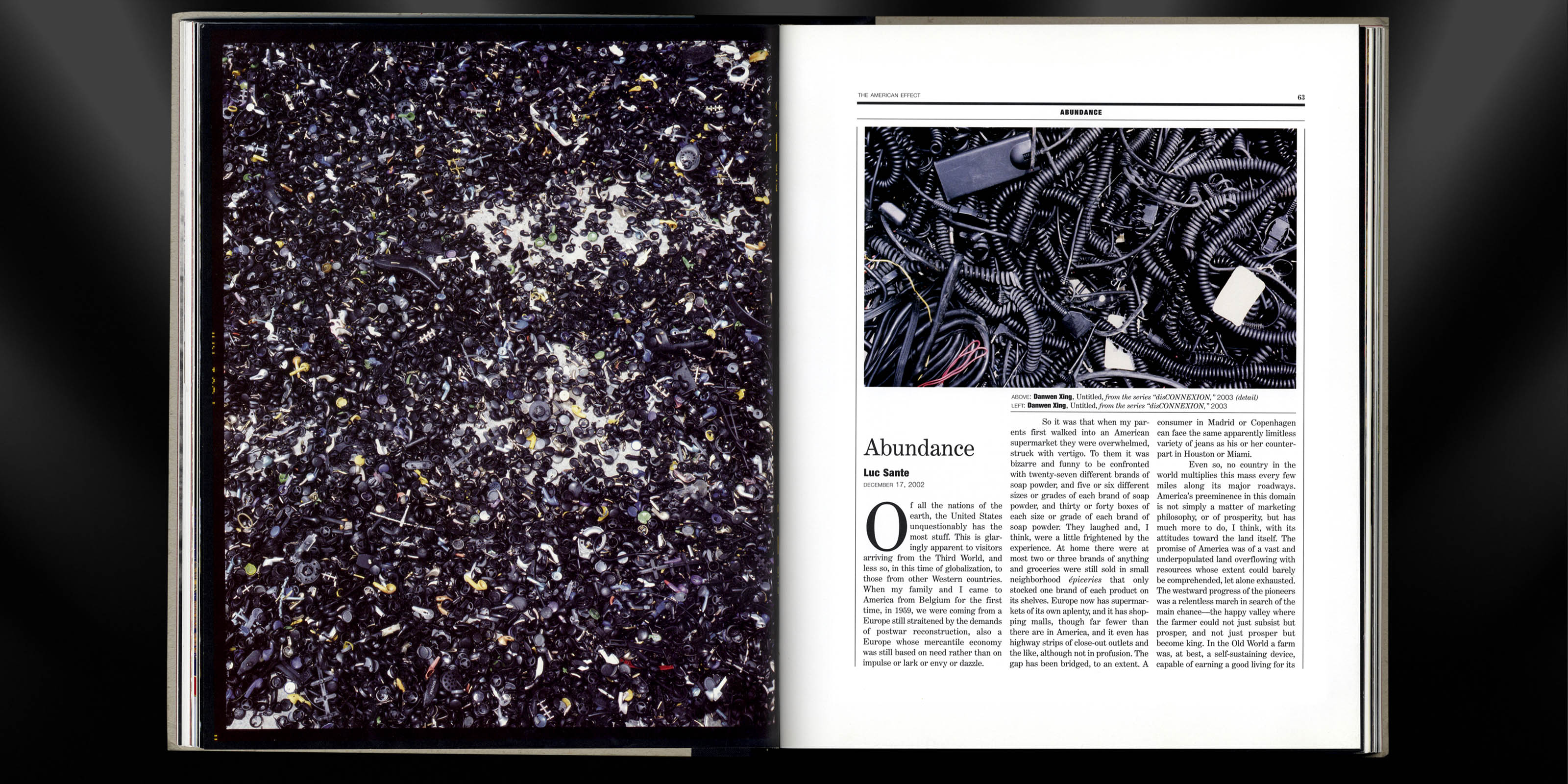 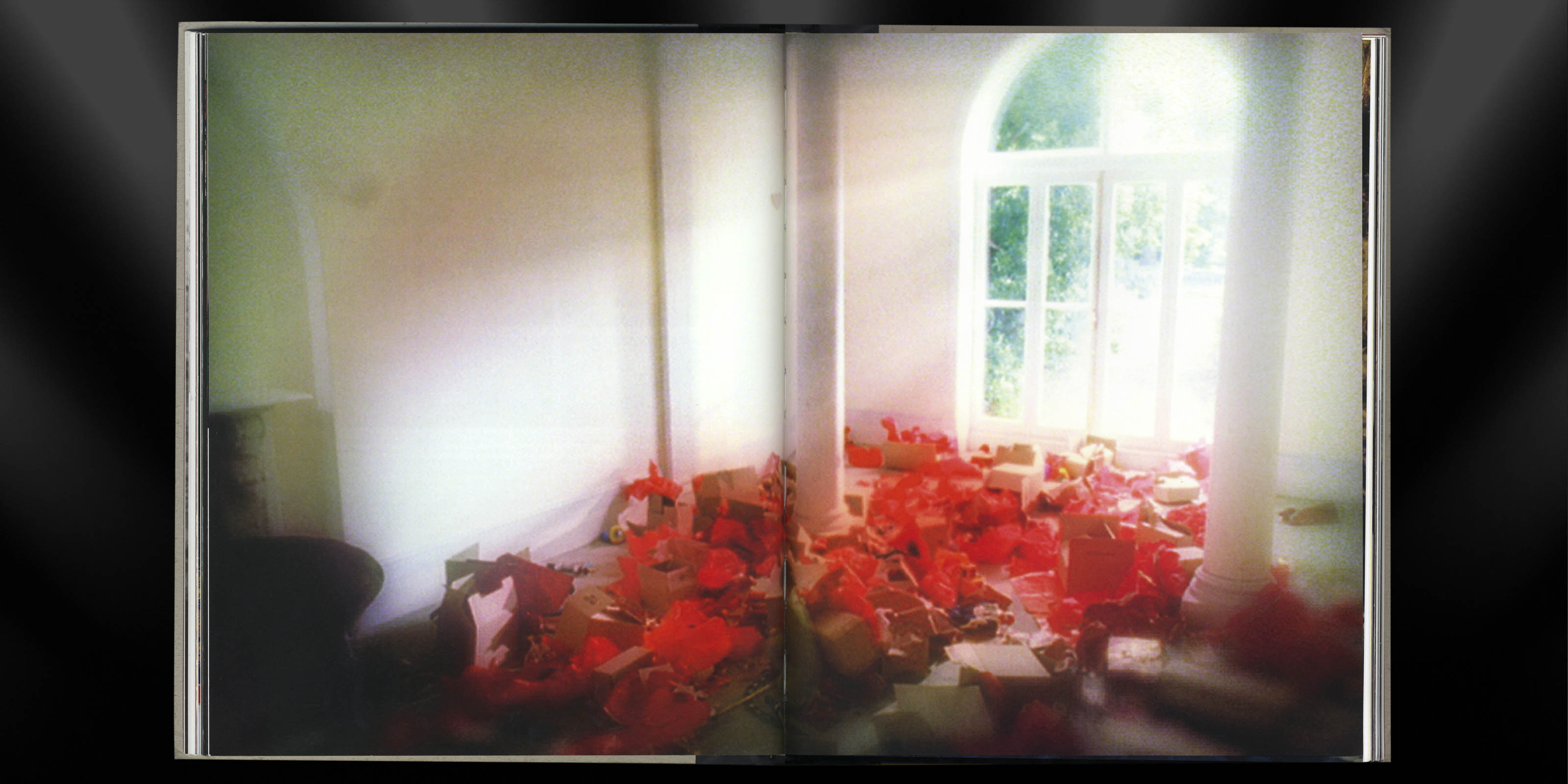 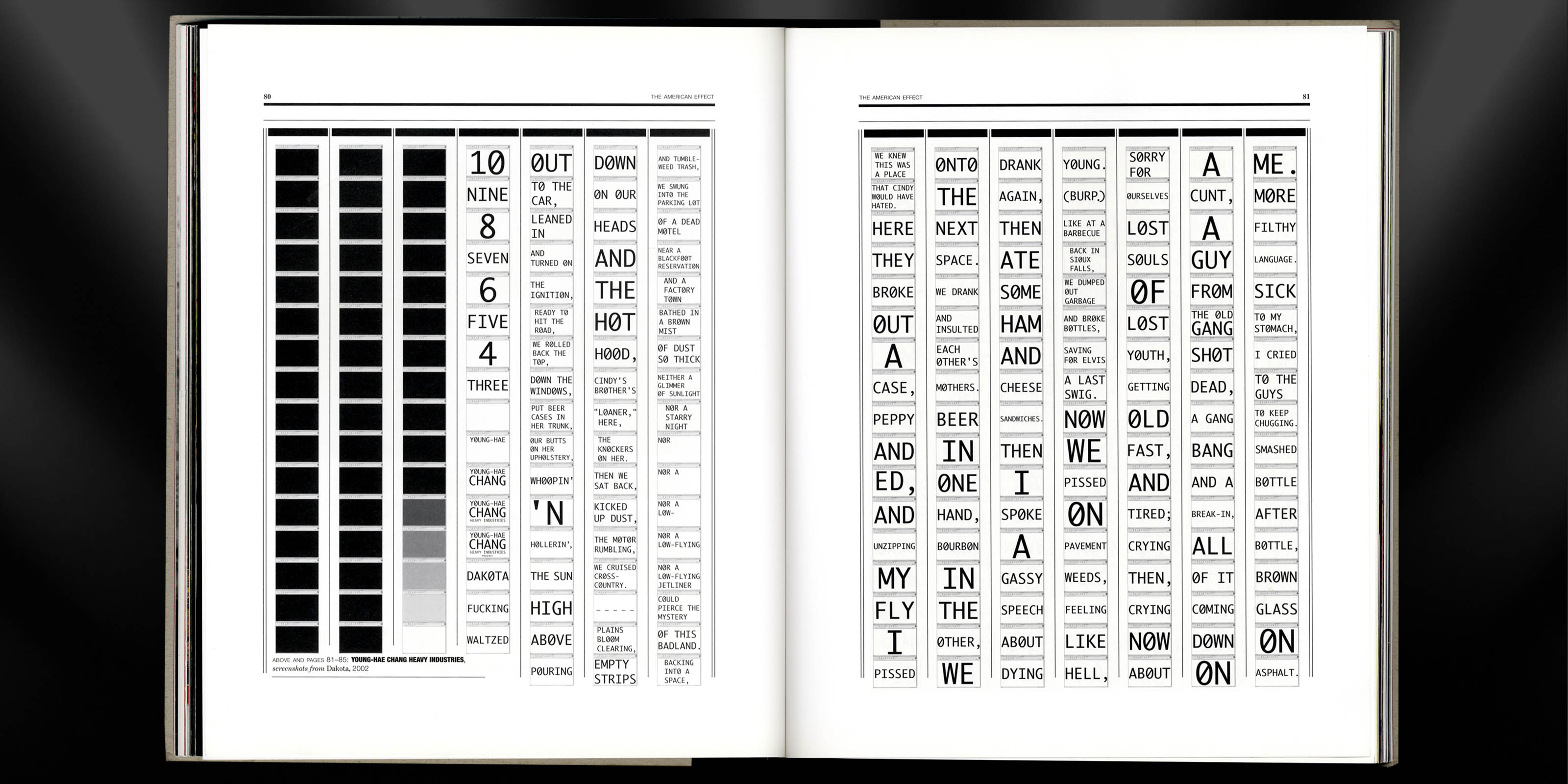 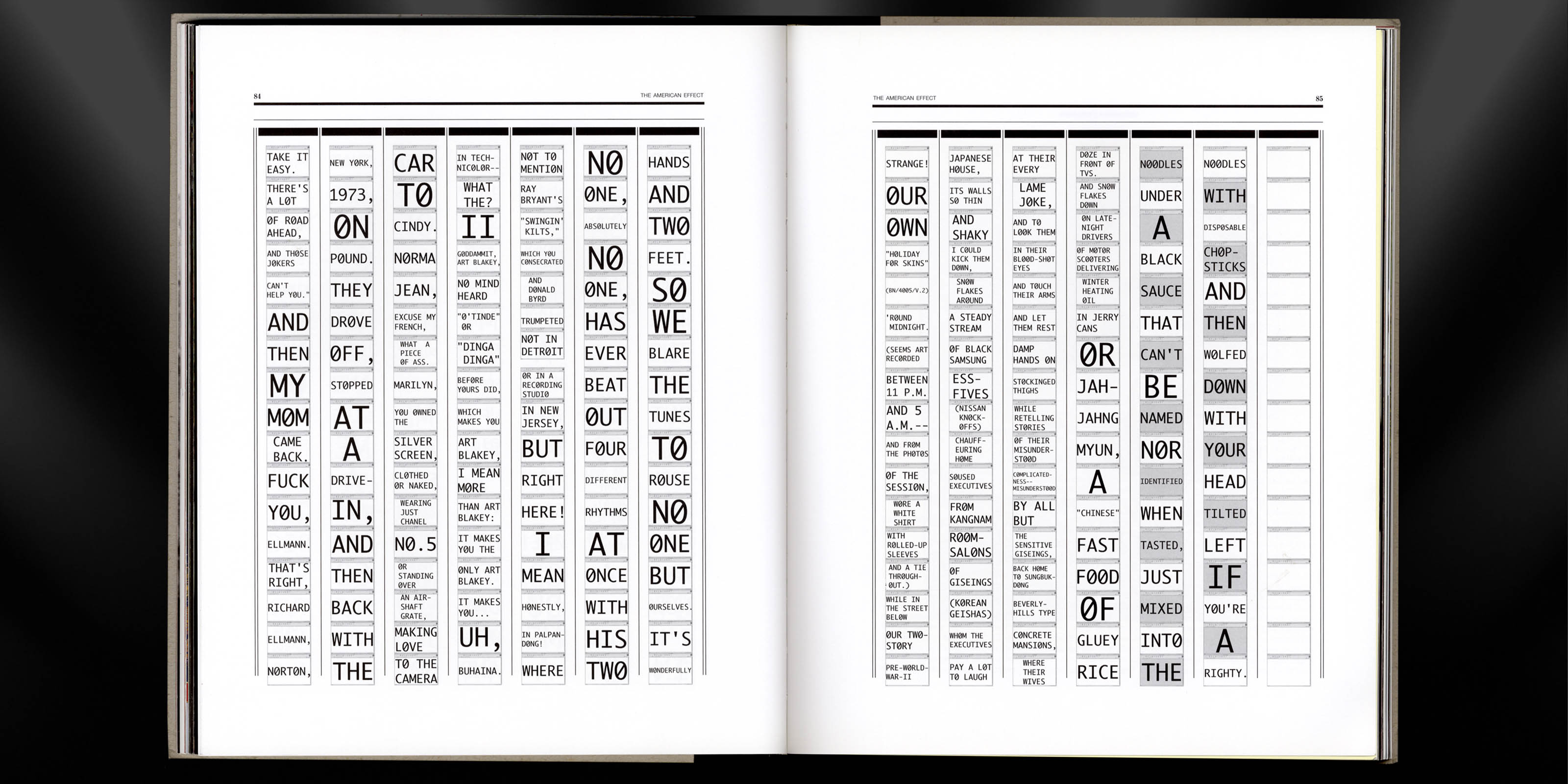 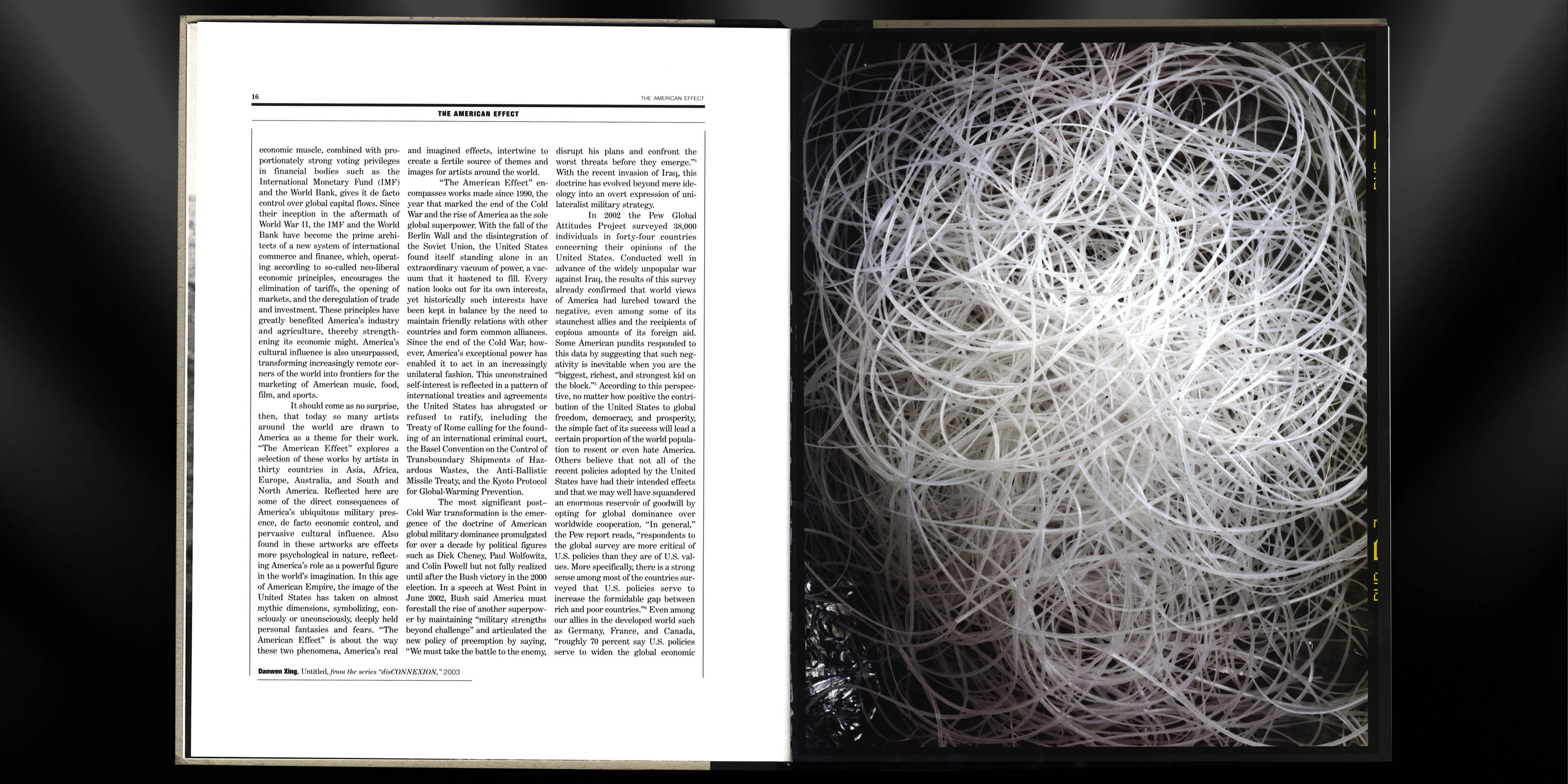 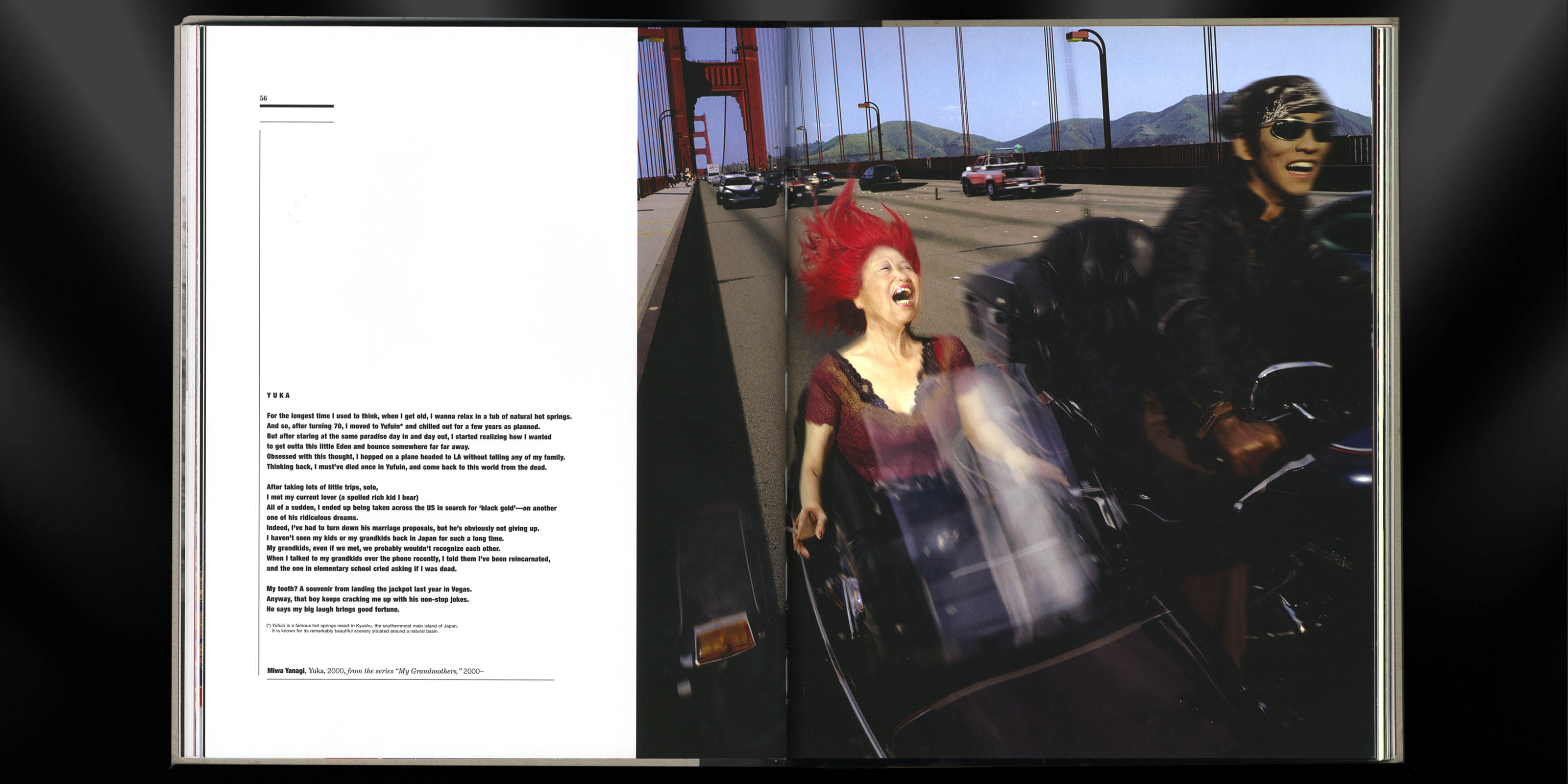 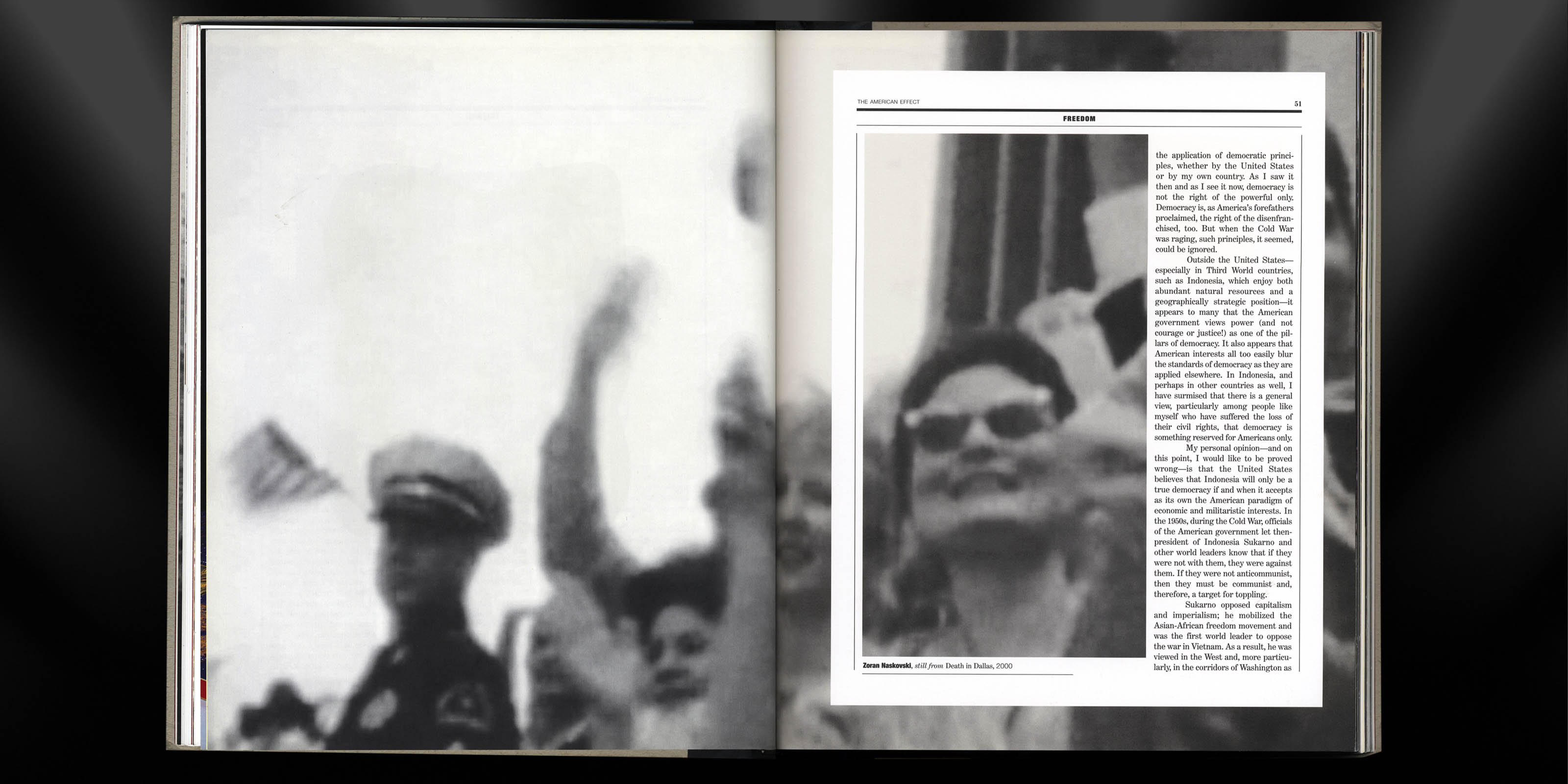 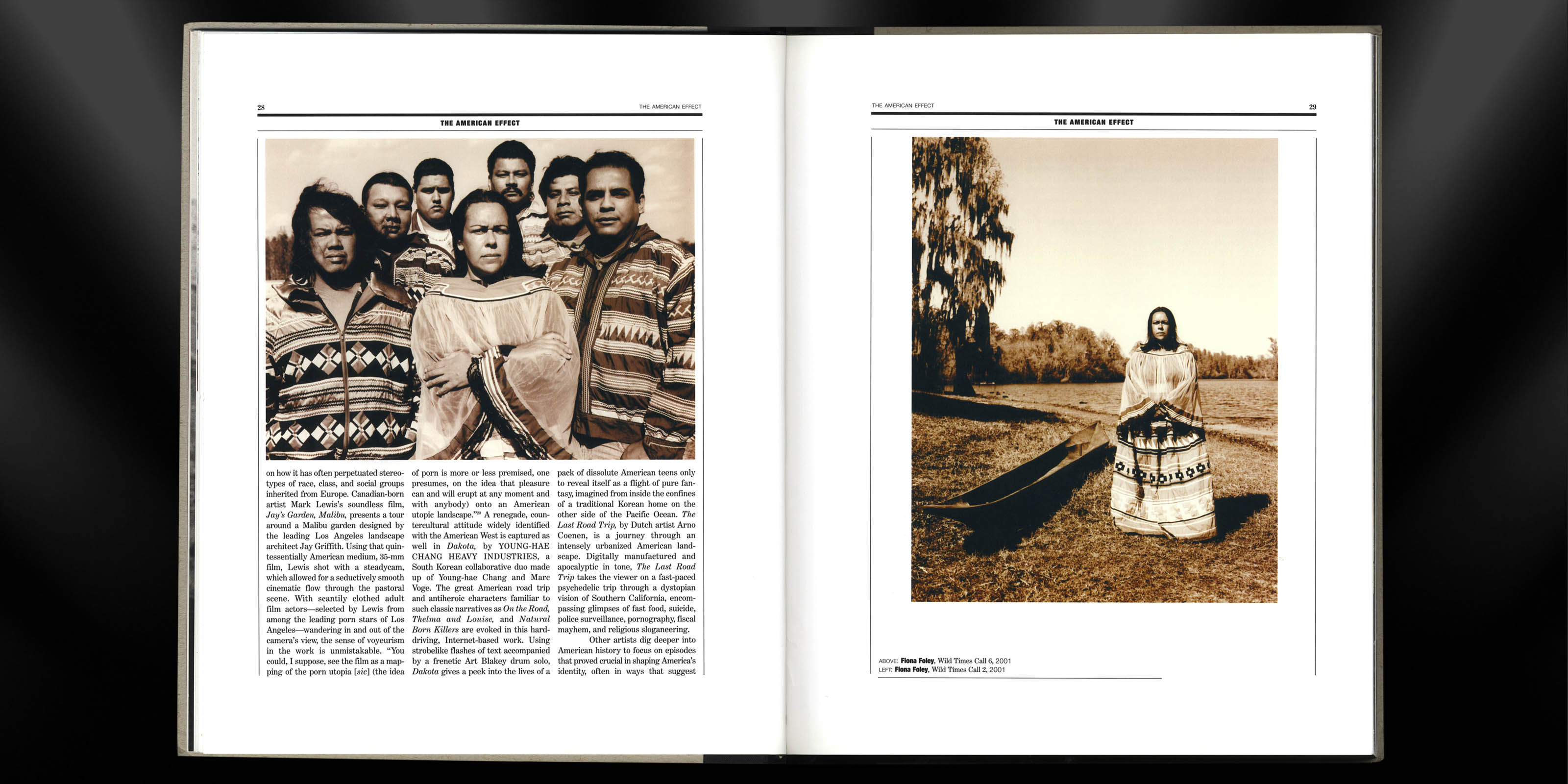 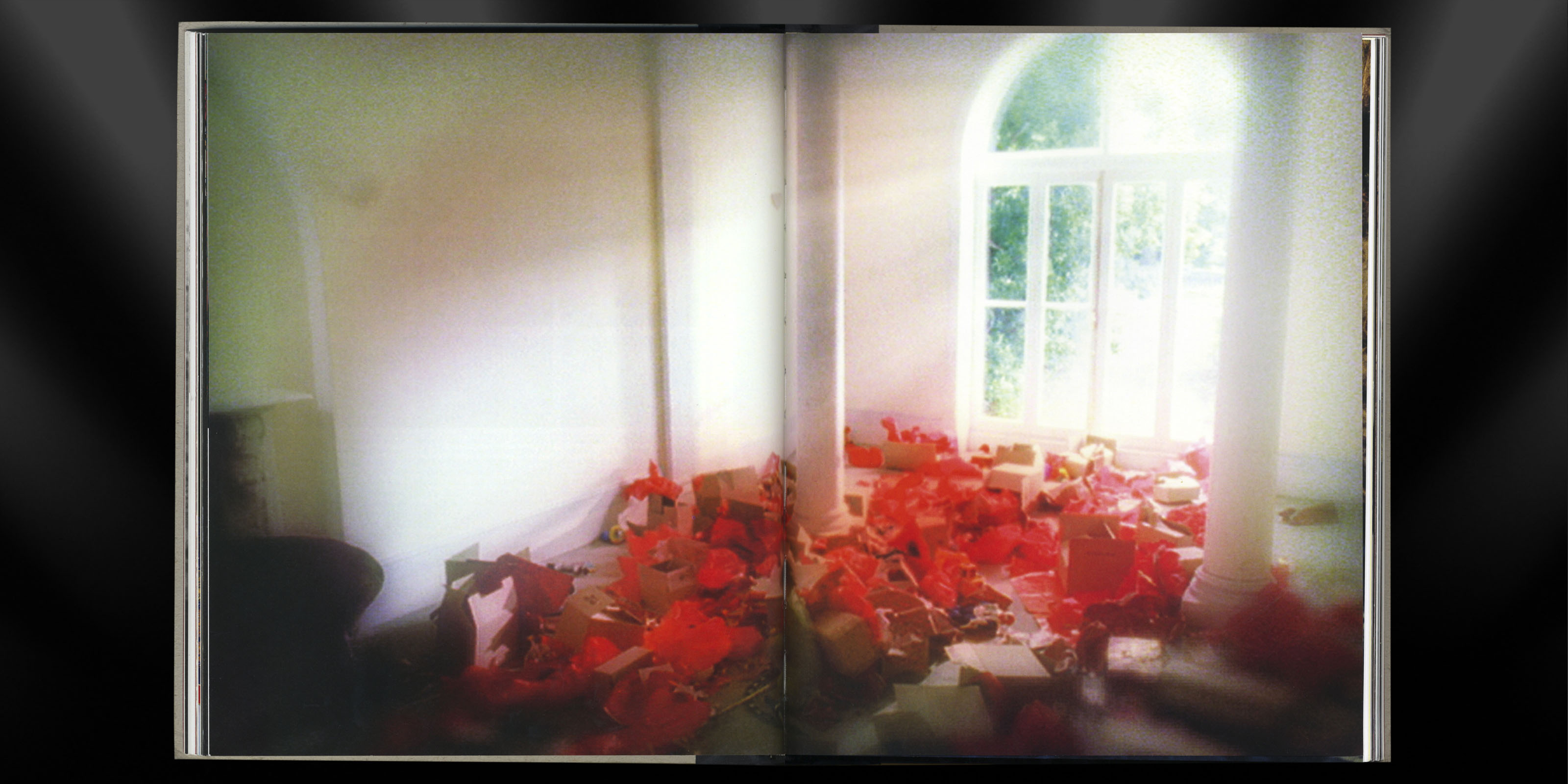 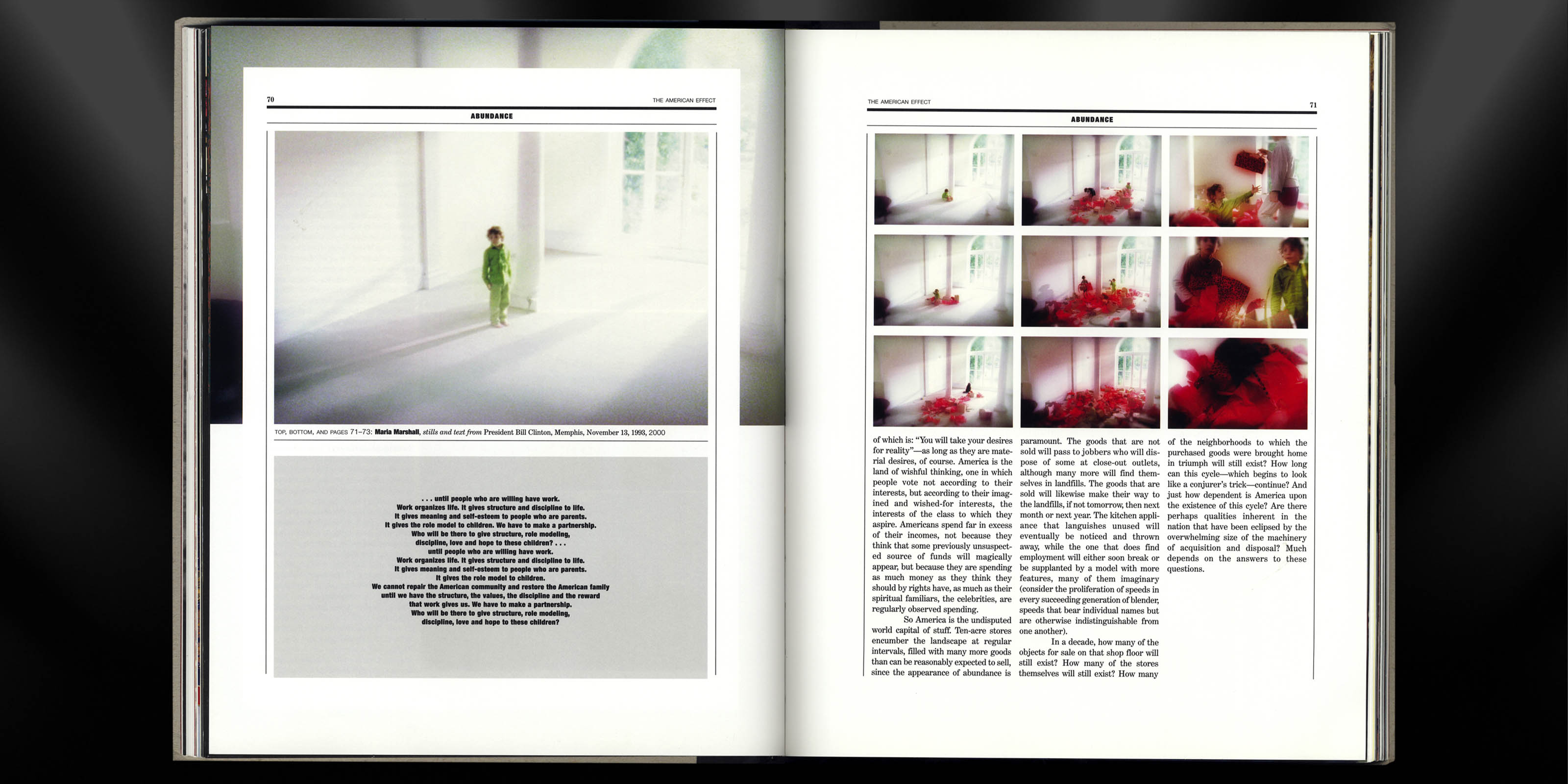 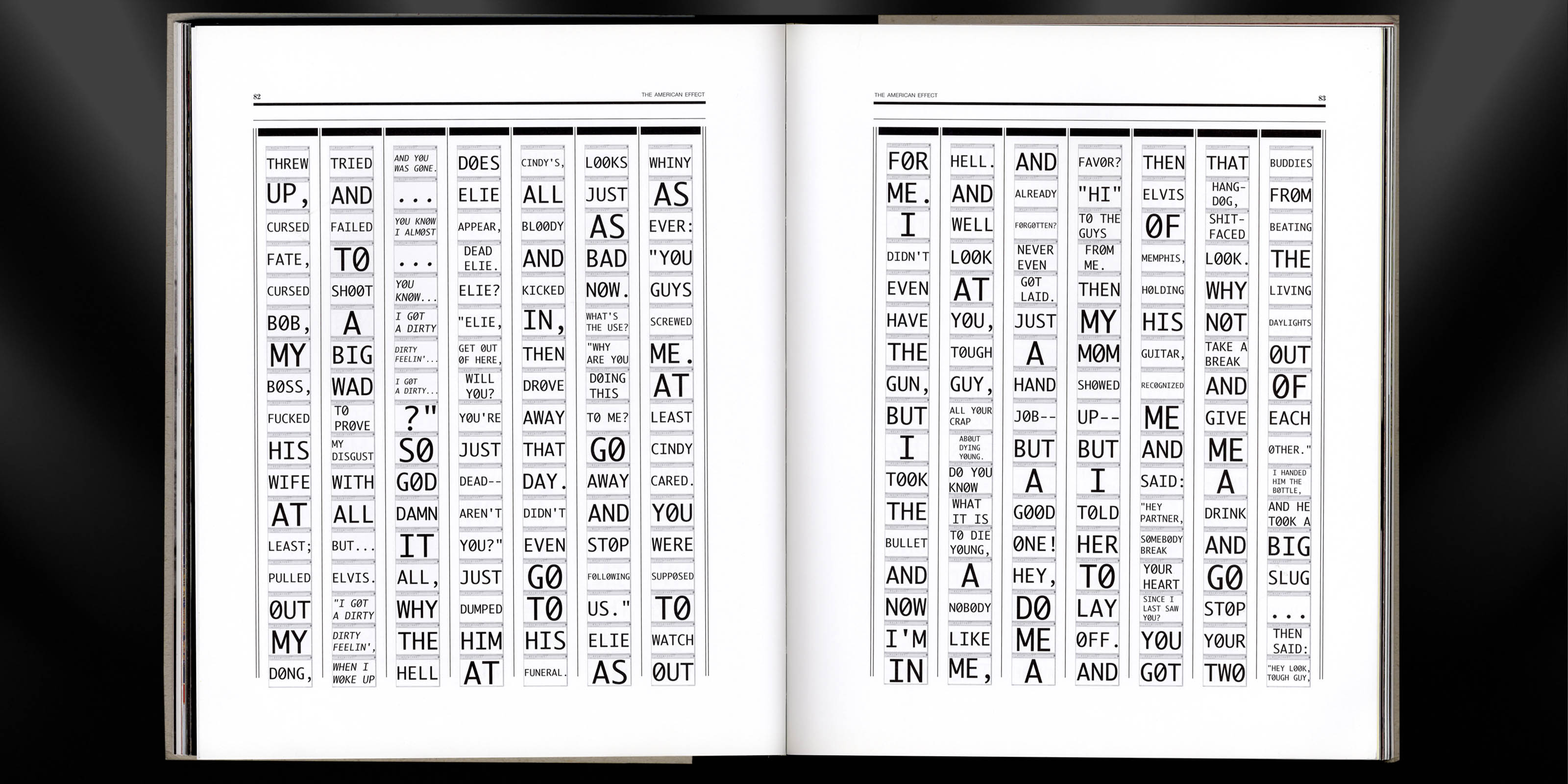 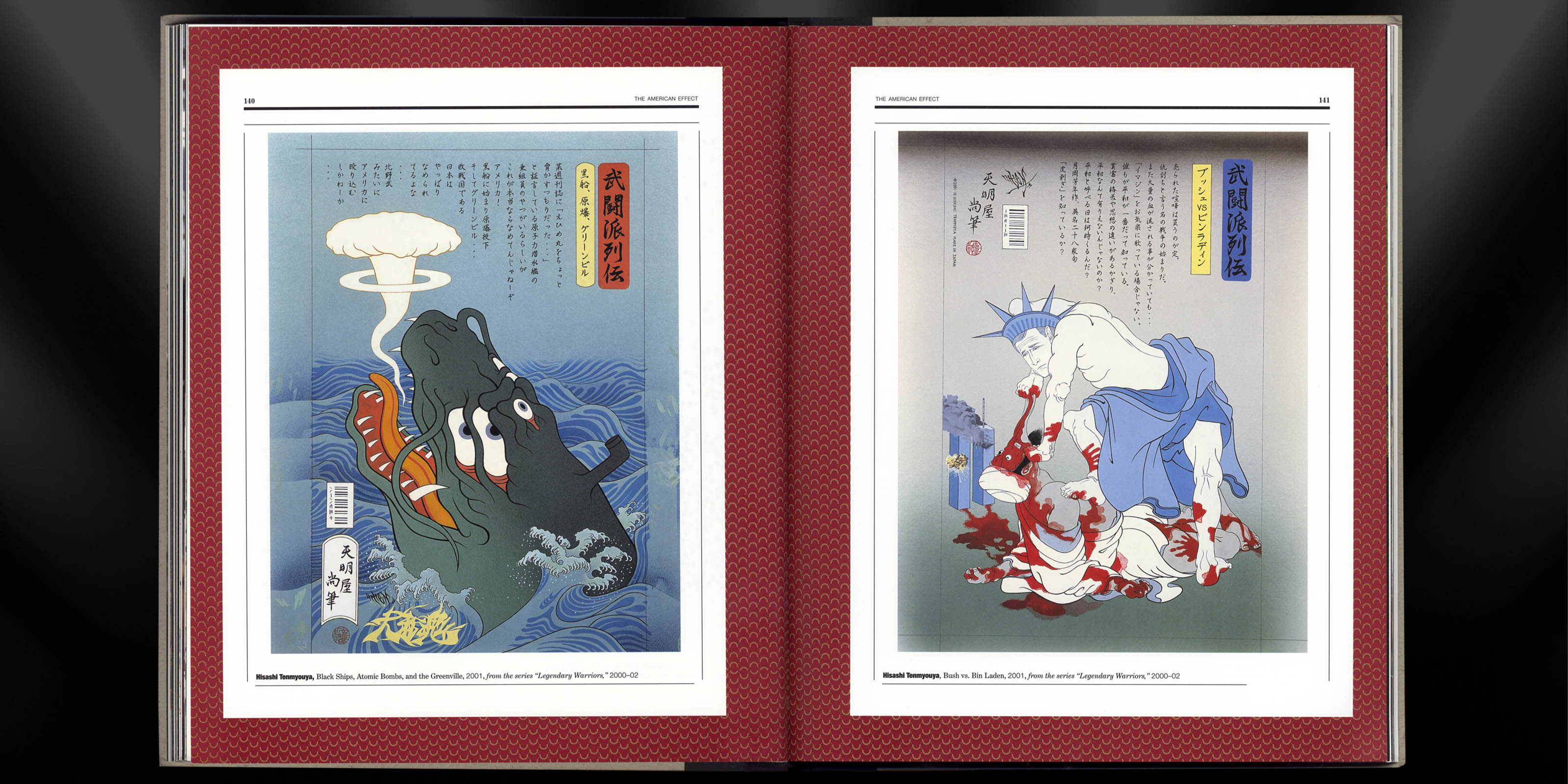 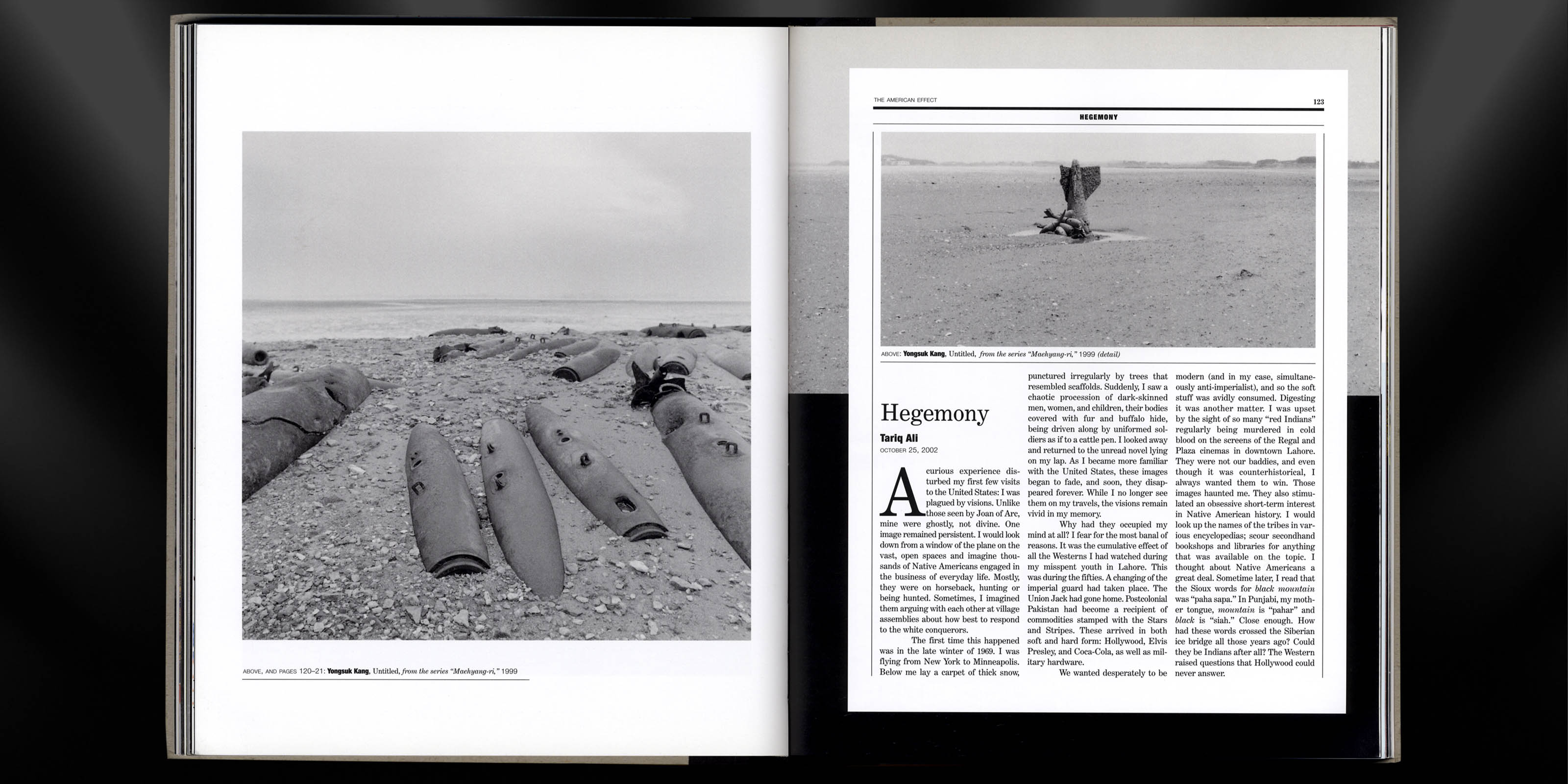 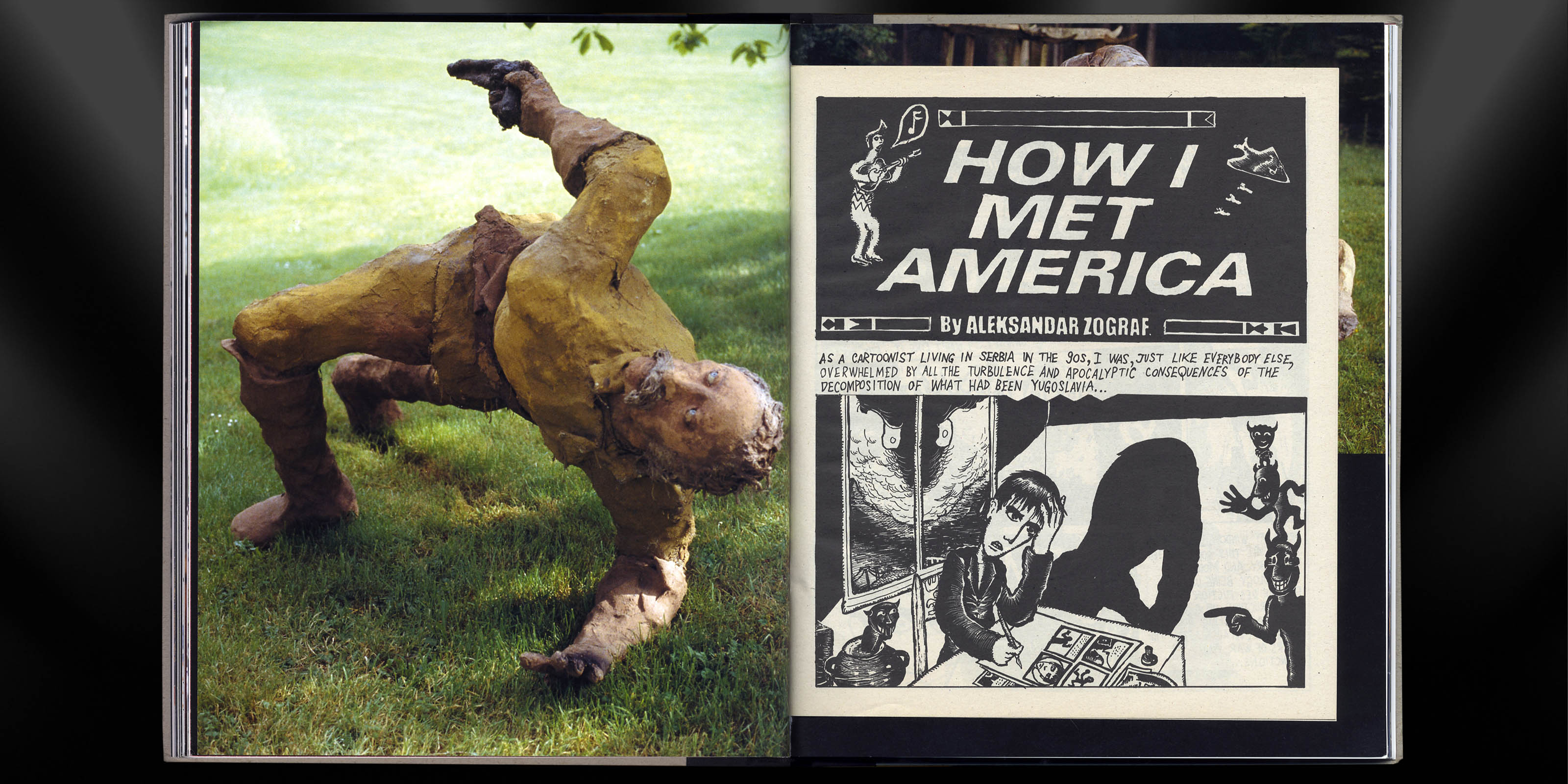 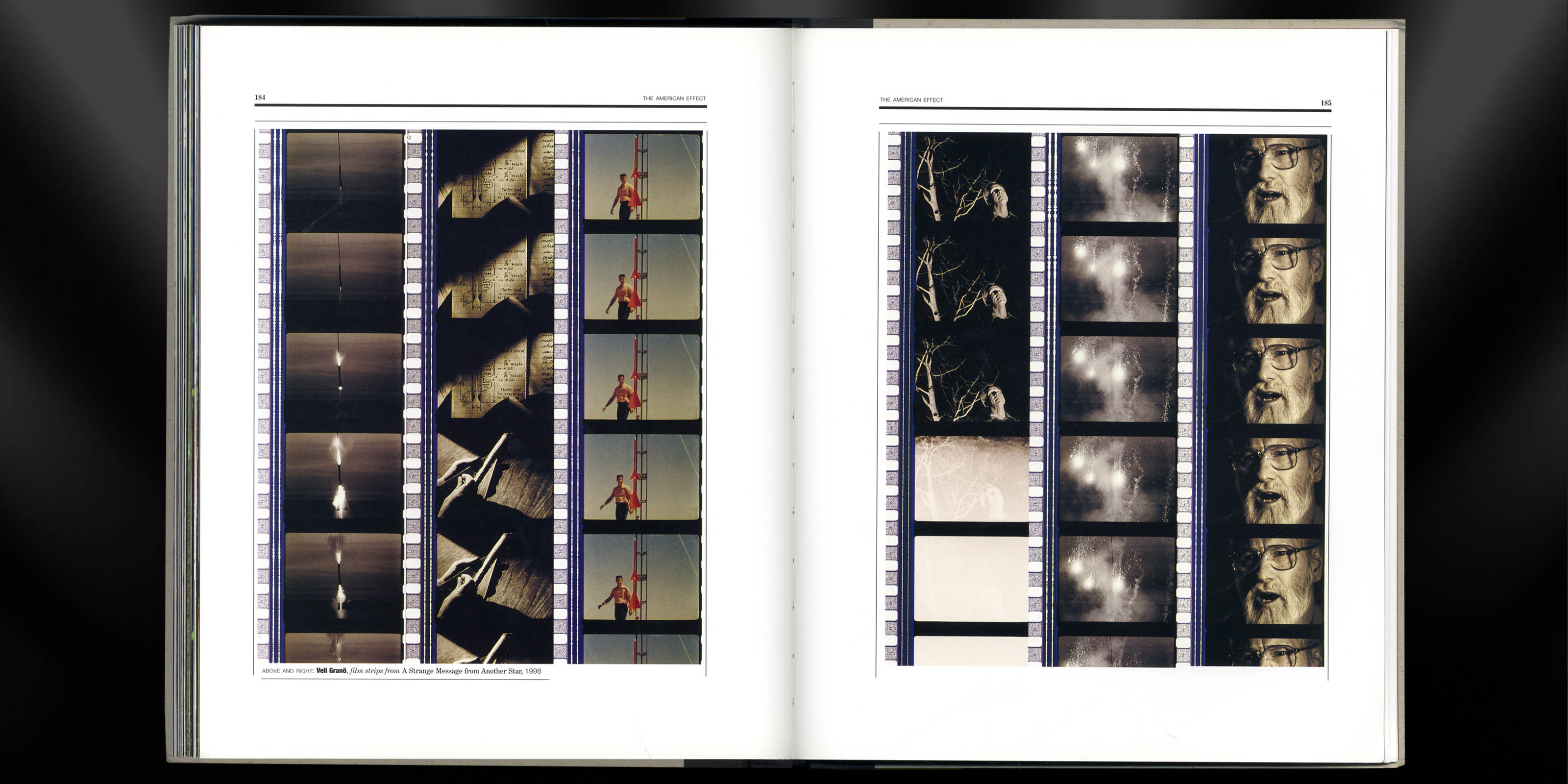 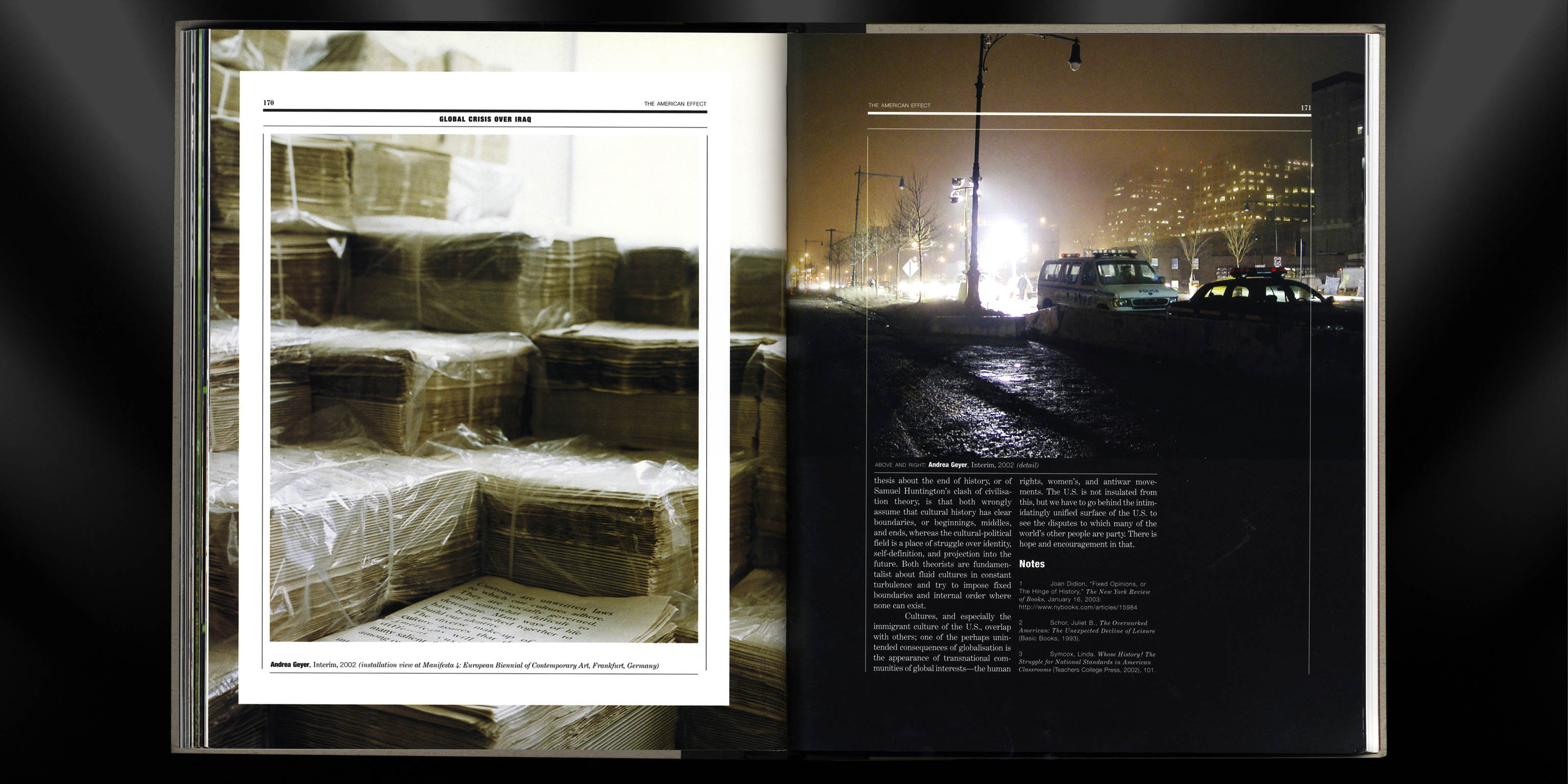 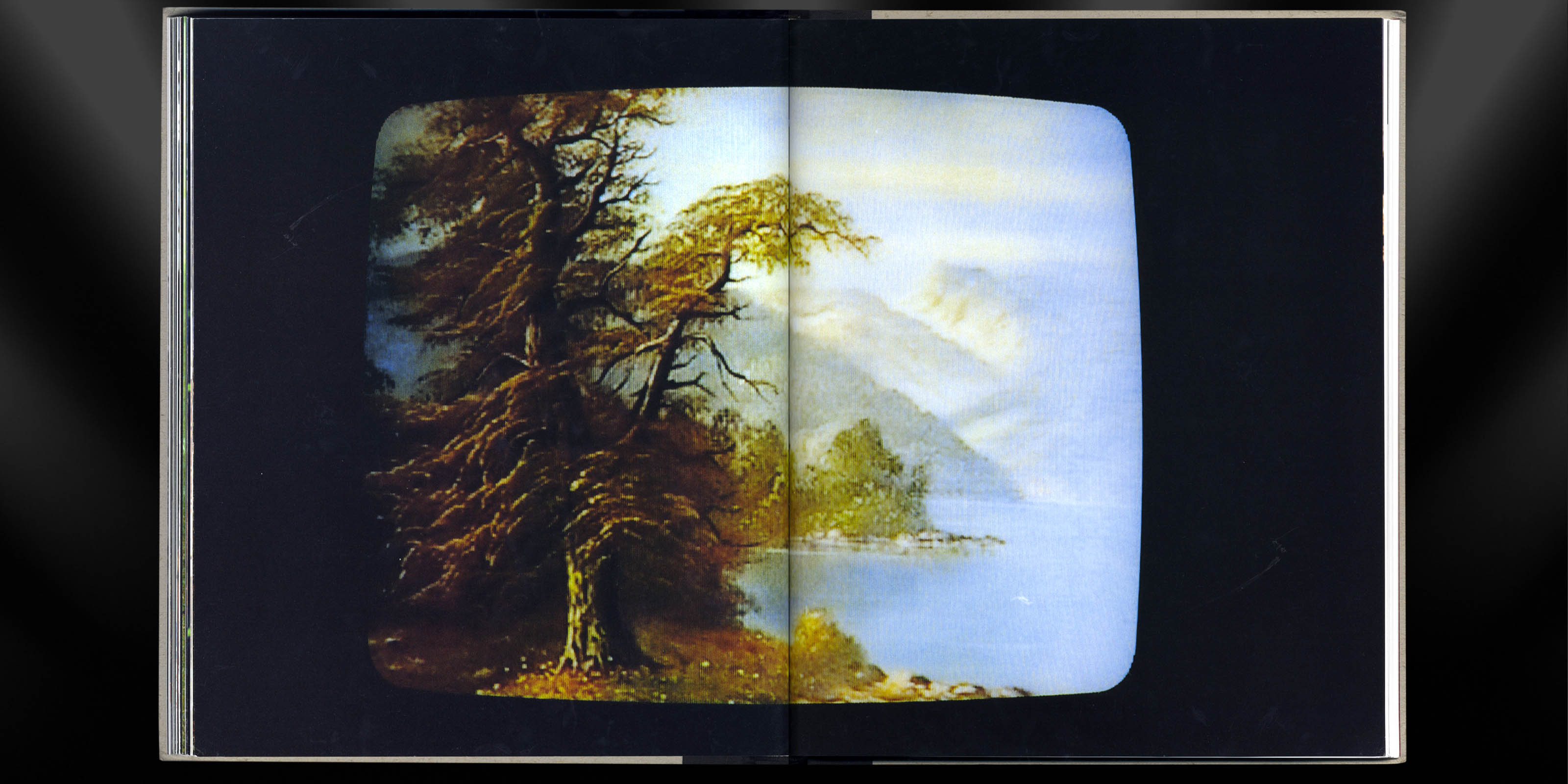 SEARCHLIGHT: CONSCIOUSNESS AT THE MILLENNIUM 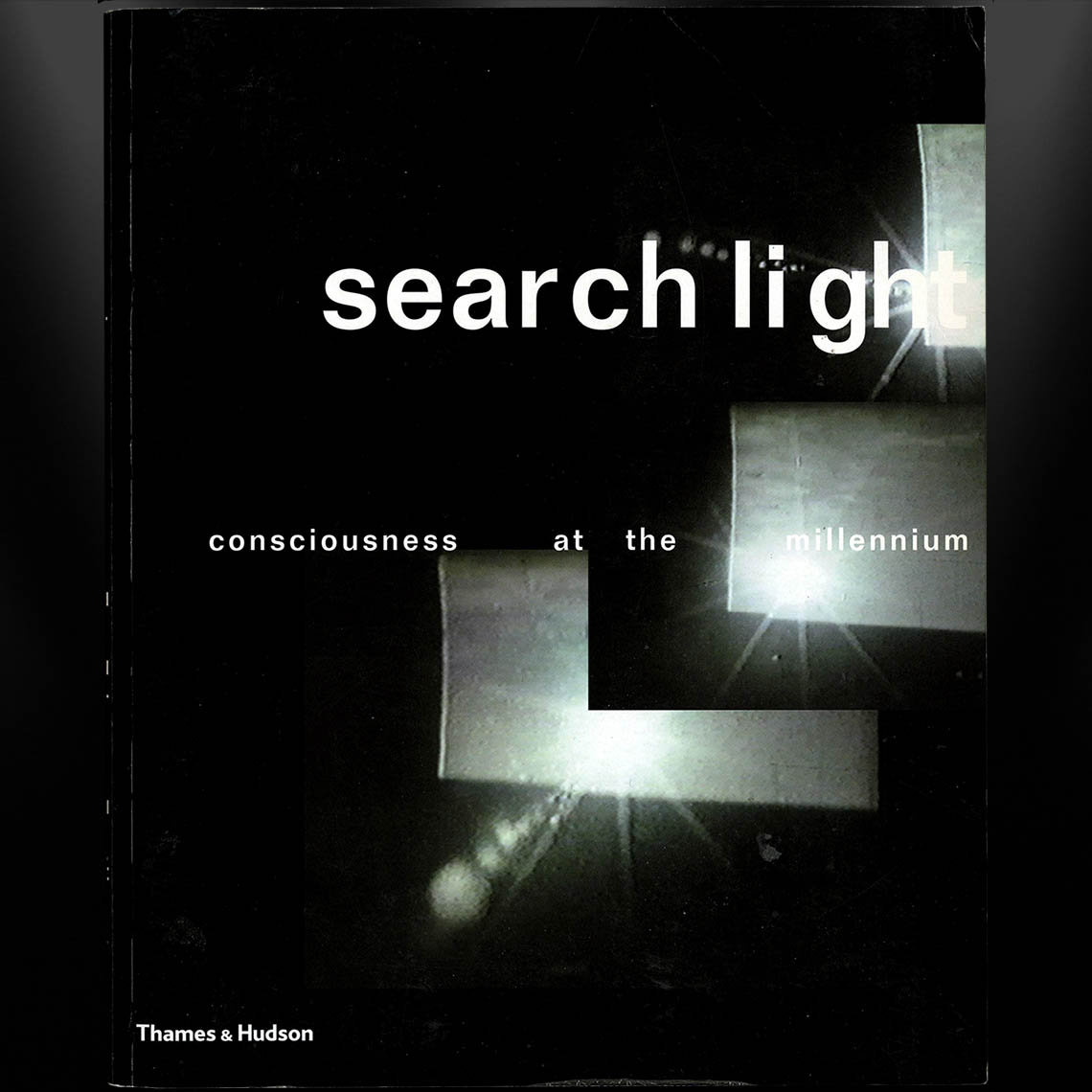 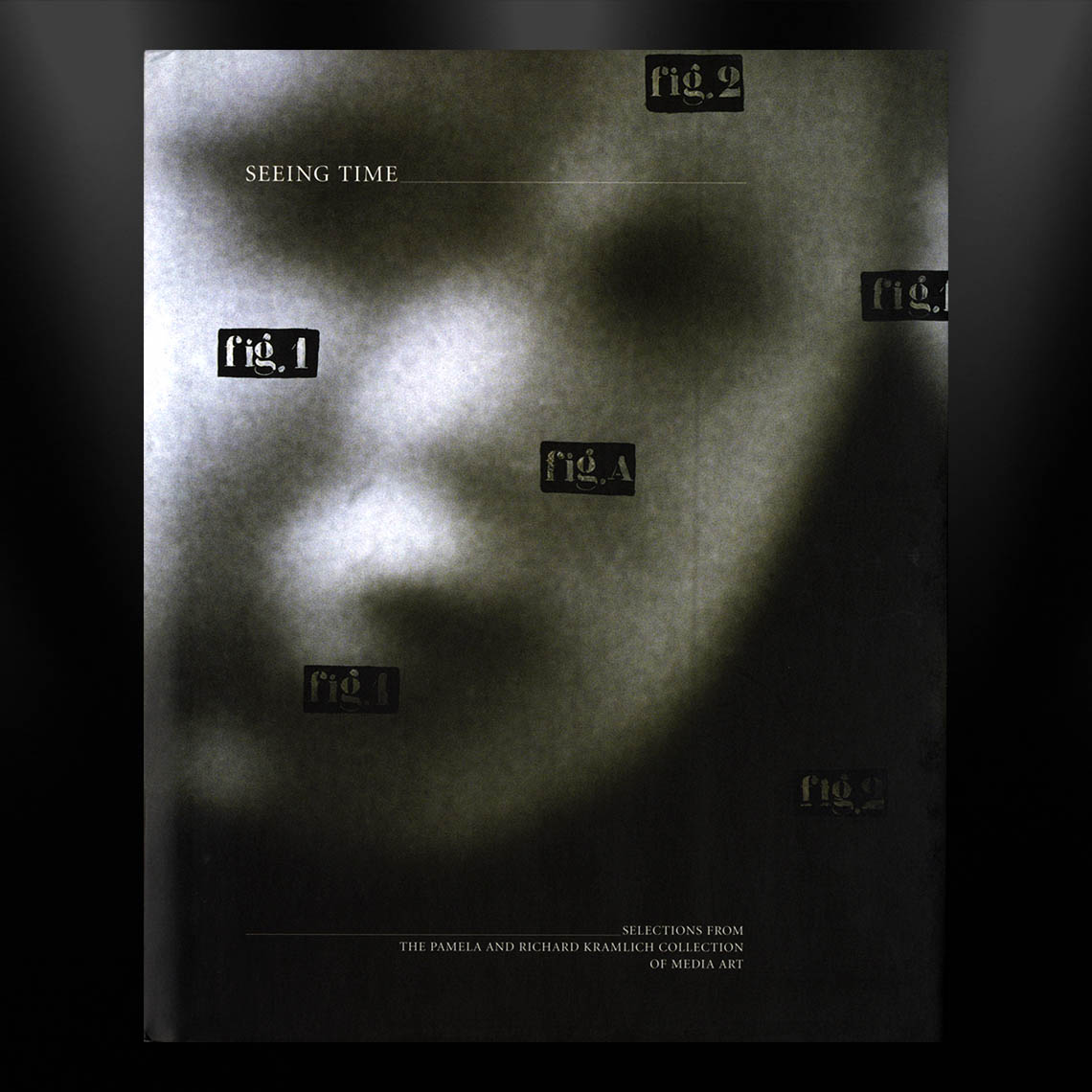