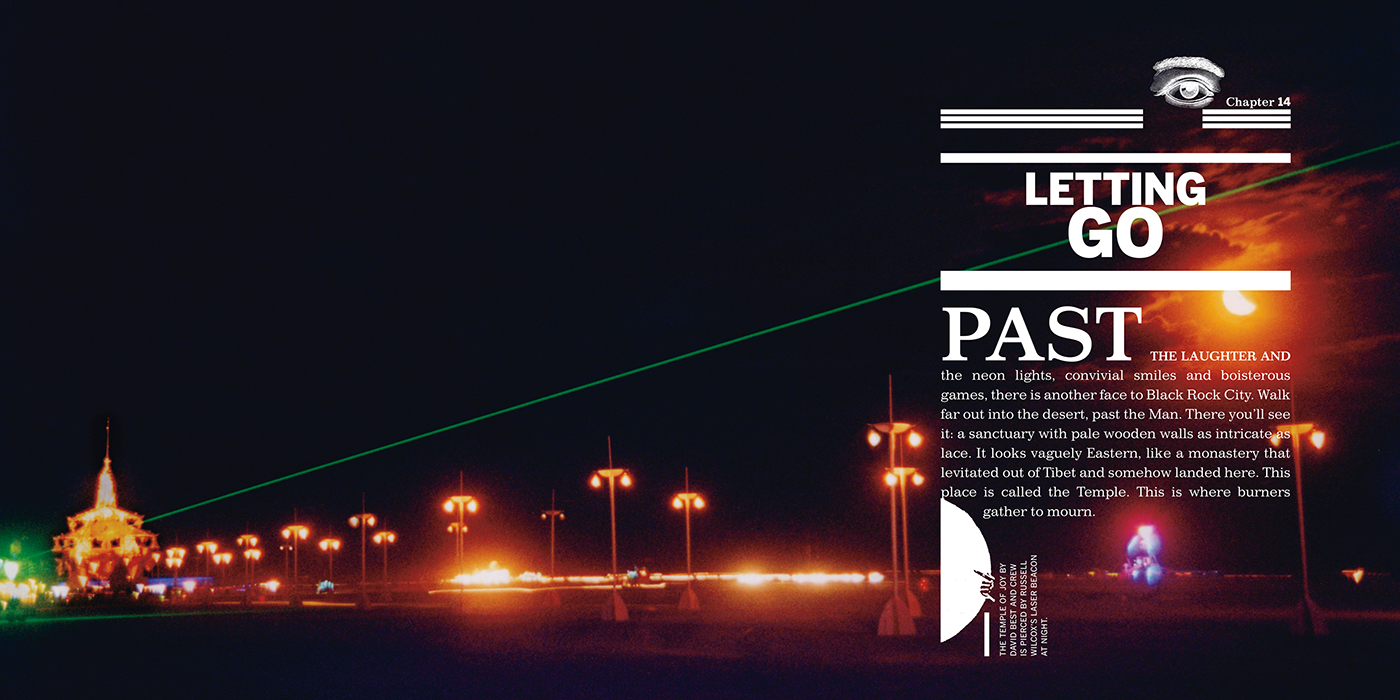 BURNING MAN has been covered many times, but rarely with the energy and insight of Jessica Bruder’s writing. I had expected the kind of text that simply fills space between spectacular photographs. But Bruder’s skill was more reportage than devotion, and in order to do it justice, the design had to empower the words to compete with the photographs.

At times Burning Man seems like a gigantic raucous sideshow. So it occurred to me that 19th-century carnival posters could provide a backwards model for the book’s typographic eccentricities. This kind of type practically begs to be read aloud, so I worked closely with Bruder to be sure that emphasis and enhancement were well placed to assist the reading.

Bruder’s rapport with the festival administration allowed her unprecedented access to their archives, which were stuffed full of trinkets and ephemera. Through her negotiations, much of this never-before-seen material has made its way onto the book’s pages. Burning Man’s rules of participation prohibit buying and selling of merchandise on the festival grounds. all exchanges take the form of gifts. So as a final comic gesture, I adapted a series of famous product packages into carriers for passages of text. 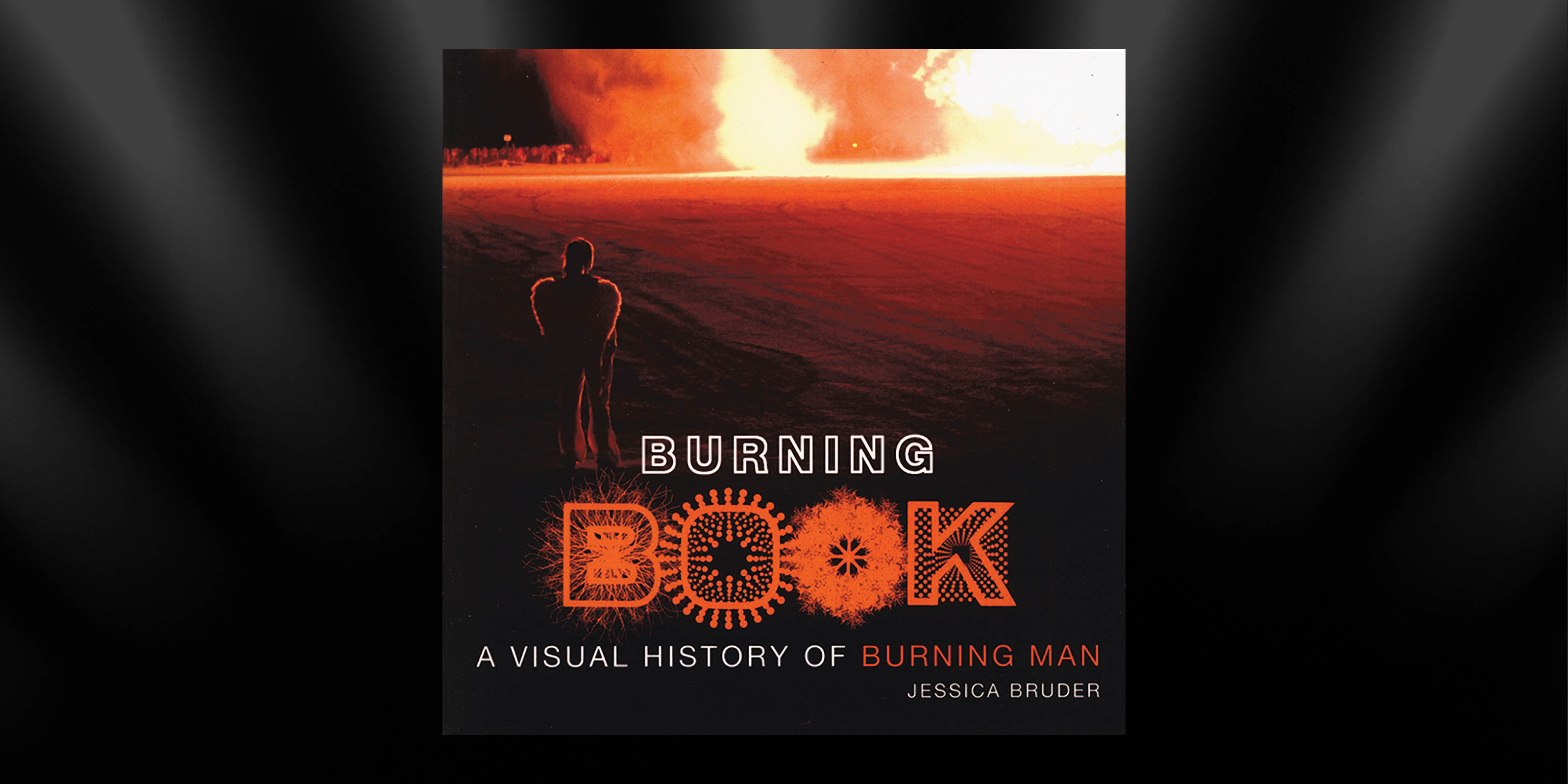 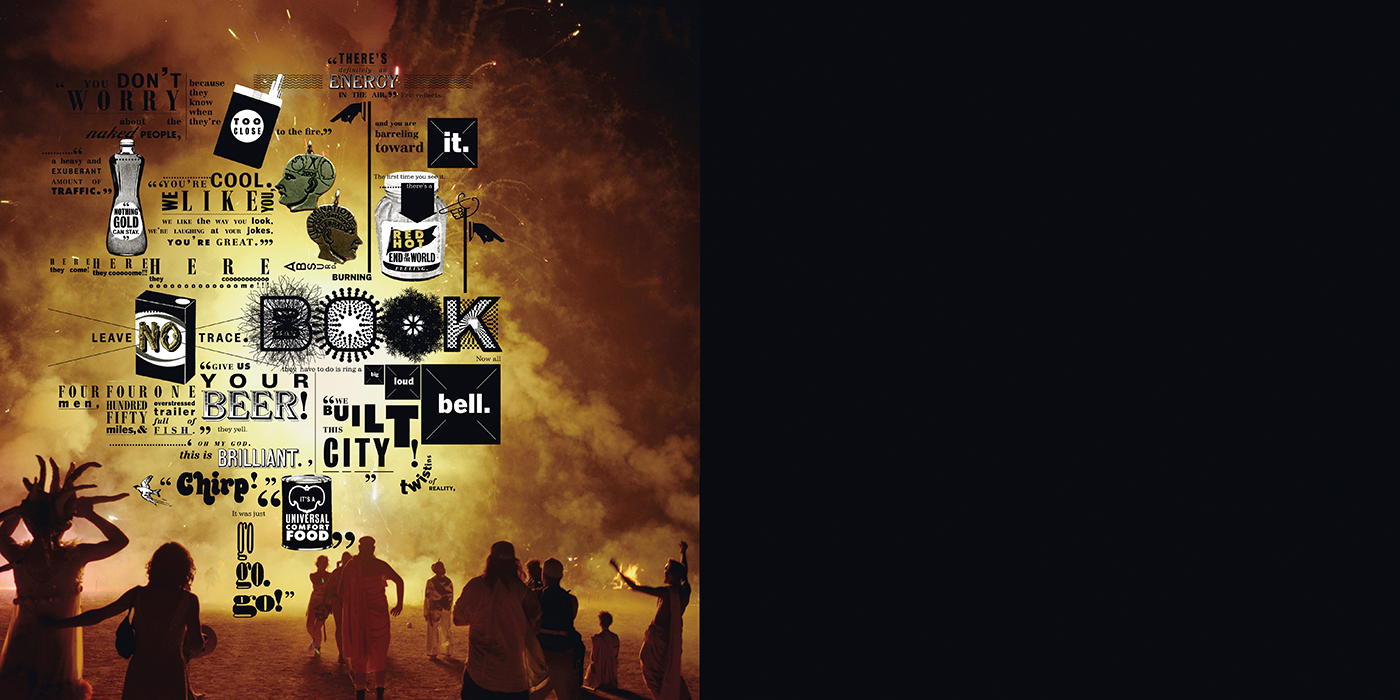 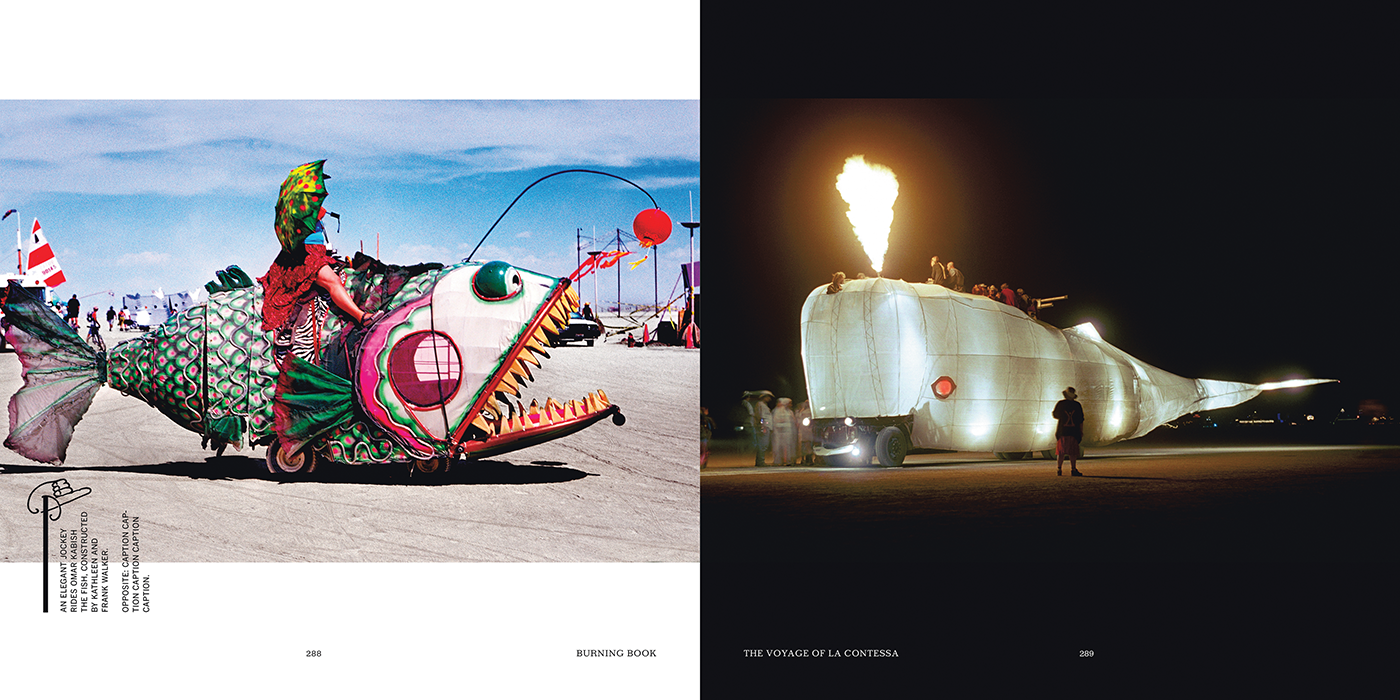 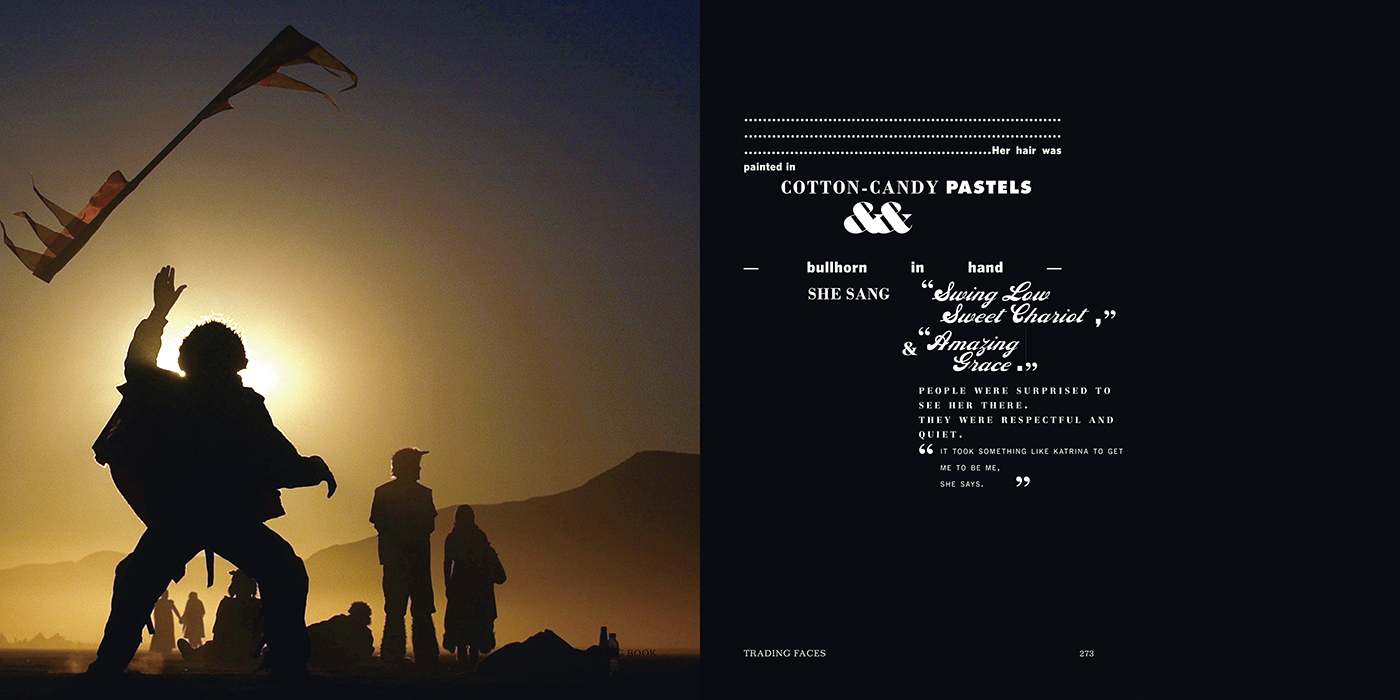 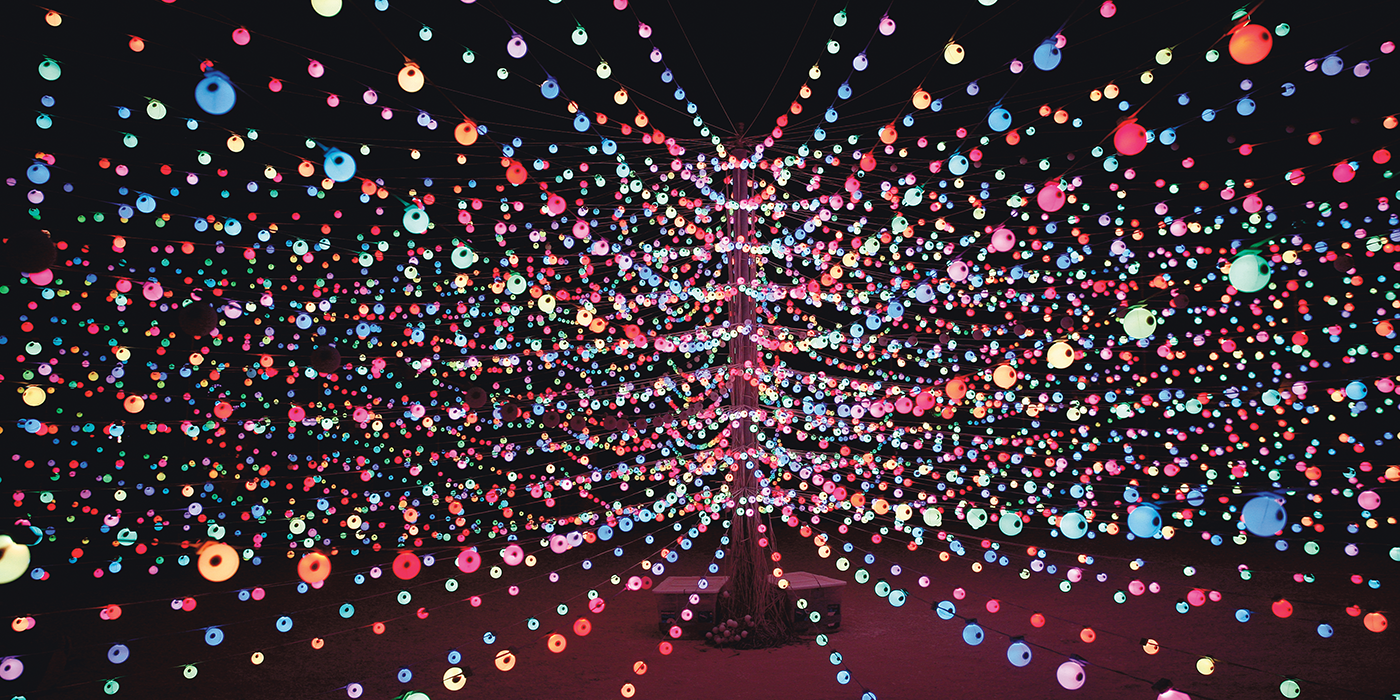 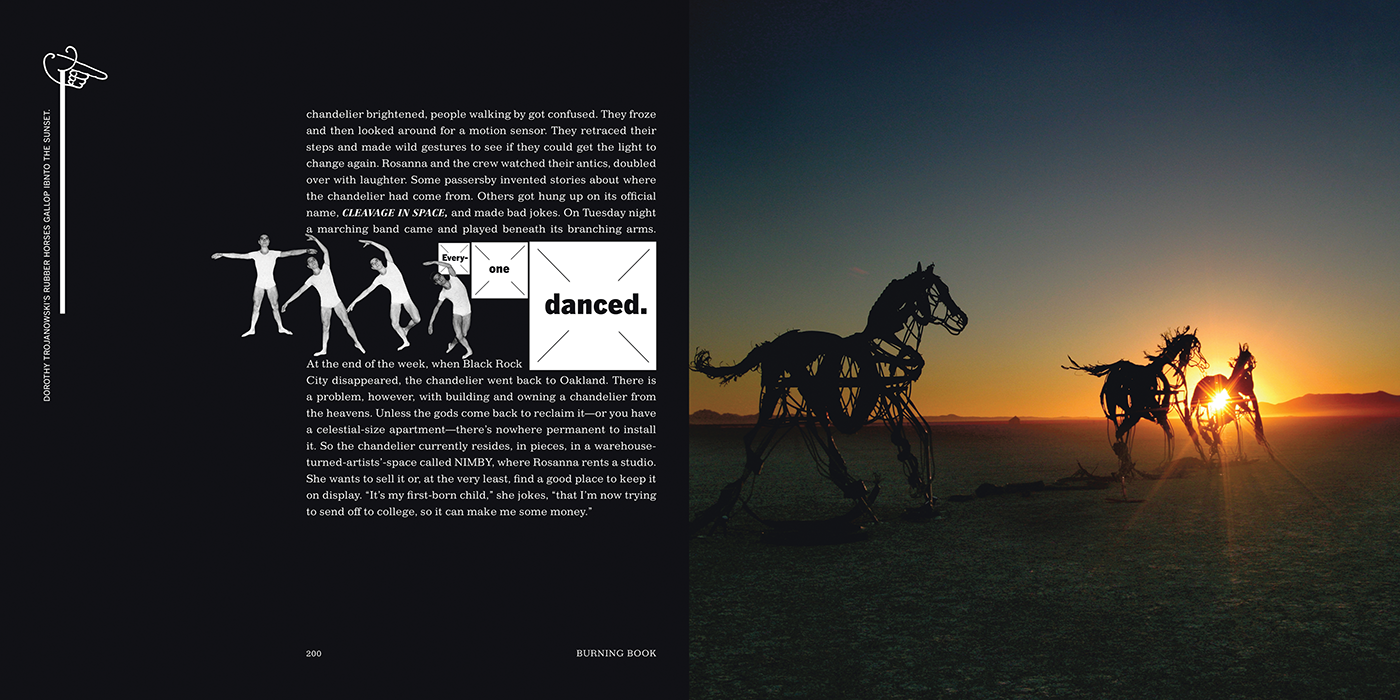 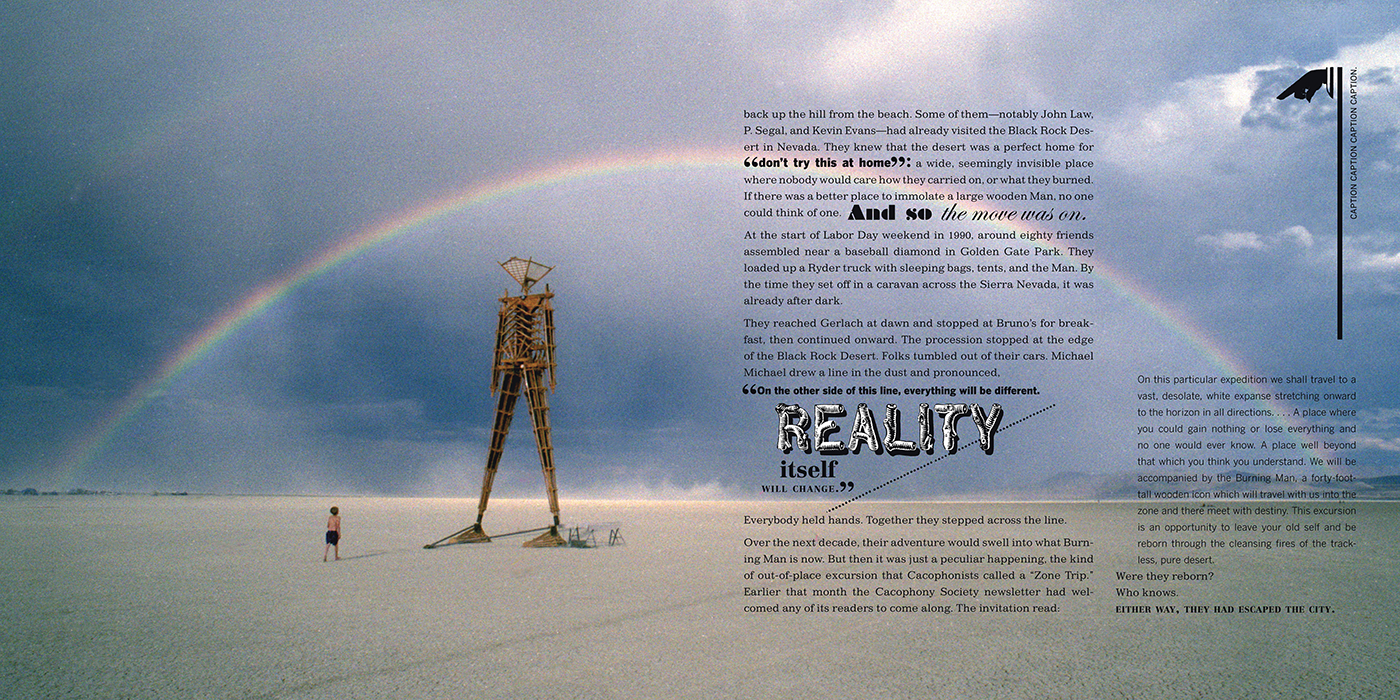 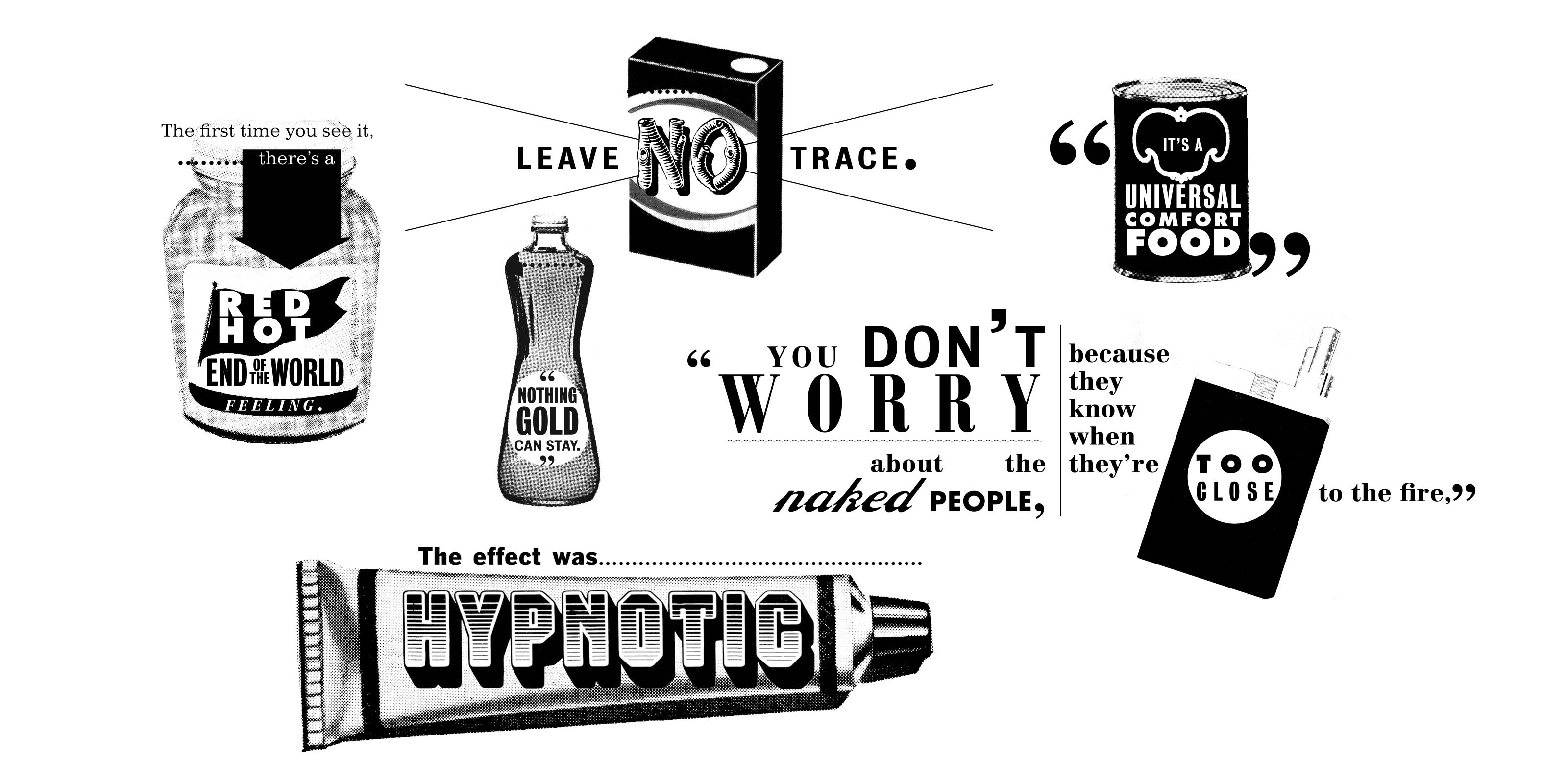 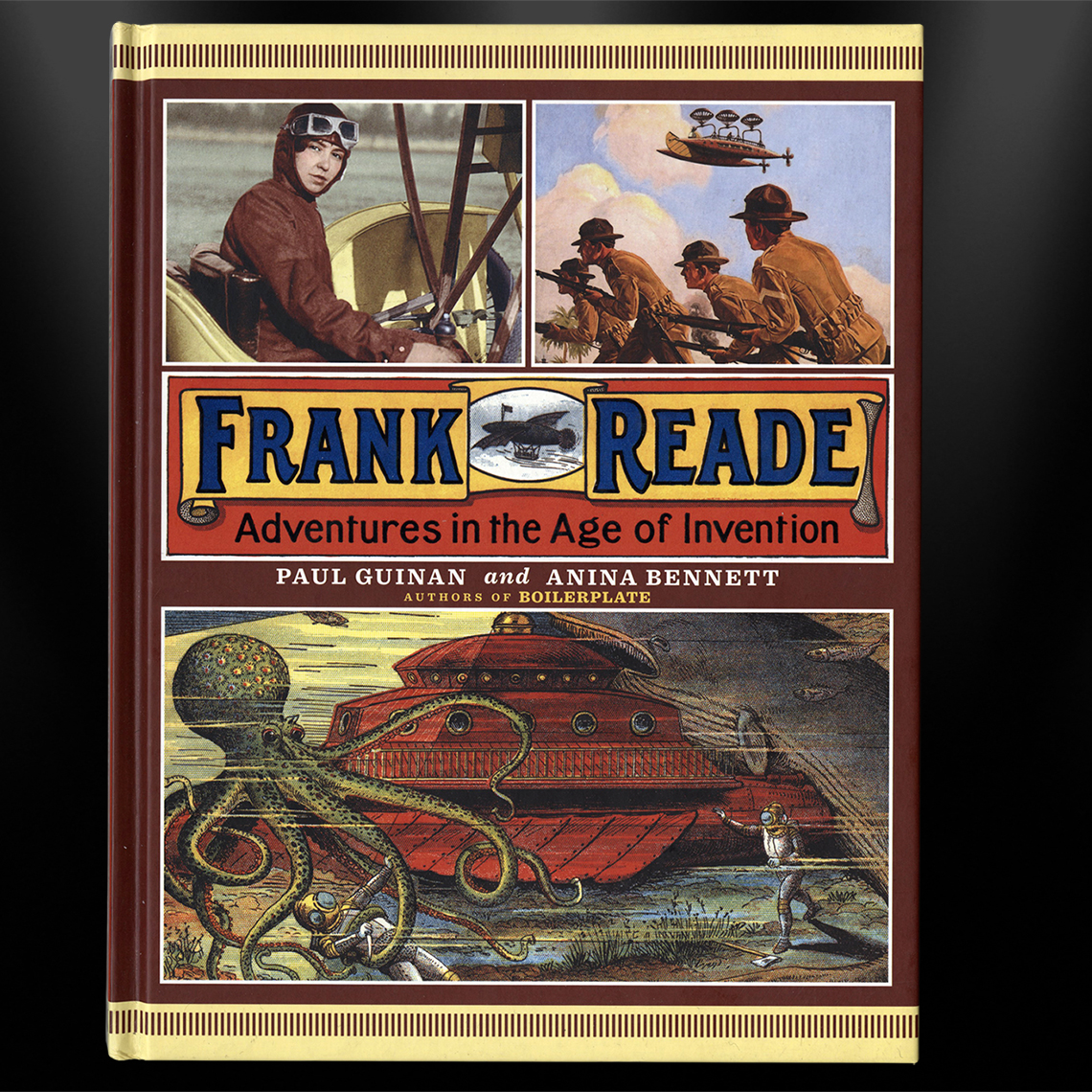 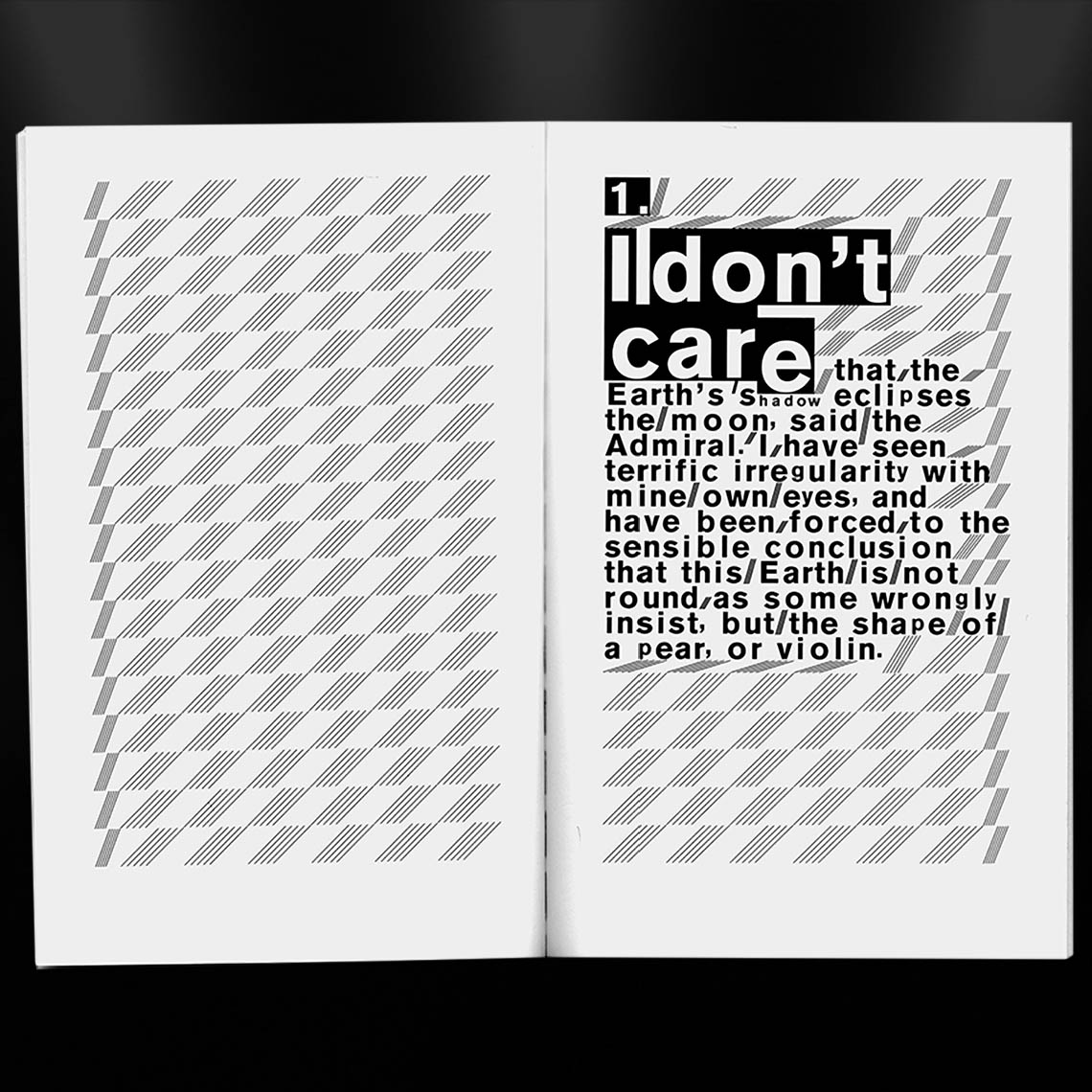